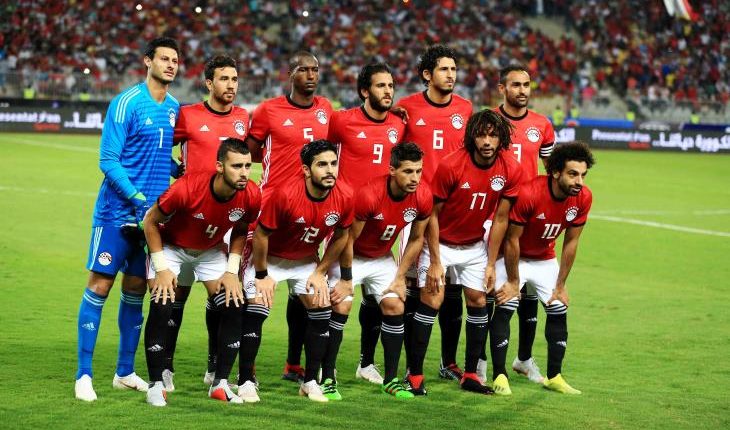 CAF Africa Cup of Nations (AFCON) is one of the largest continental competitions awaited by football fans from the moment its last match ends to the moment the new championship starts.

AFCON is organised by the CAF every two years to determine the continent’s champion. It is ranked third in the world after the FIFA World Cup and the UEFA European Championship for its high competitiveness, especially that it usually includes talented African players who play for the best European clubs, in addition to the best players in Africa.

AFCON started in 1957 and the first country to host it was Sudan. Egypt are the most successful team in the history of the competition as they won a record of seven titles including three in a row between 2006 and 2010. Cameroon came second with five AFCON titles.

Arabs have participated in the continental championship for many times, however, they made little achievements. The Arab teams in the North Africa won 10 continental titles.

The teams of Algeria, Morocco, and Tunisia came second among Arab teams in terms of AFOCN participations, totalling 16 times before the current edition in 2019.

The Sudanese team participated seven times in the AFCON and was one of the three teams contributing to the launching of this continental competition.

The Libyan team participated three times in the championship and came second in 1982 after losing the final on penalties to Ghana.

Egypt is preparing to host the AFCON for the fifth time in history, setting a record as the most country hosting the competition.

Many countries have hosted the AFCON and ended up winning its title. Ironically, Egypt was the first and last to both host and win the AFCON in 1959 and 2006. The first time was in 1959 when Egypt defeated Sudan in the final. The last time Egypt clinched the prestigious title on their land was in 2006 against Cote d’Ivoire.

In the 1978 edition, Ghana hosted the championship and won its title after beating Uganda 2-0 in the final. In 1980, Nigeria (also the host) won the title against Algeria after winning 3-0 in the final.

After a long absence, Egypt won the title when they hosted the competition for the second time in 1986, beating Cameroon on penalties in the final.

In 1990, Algeria won its first AFCON title after winning over Nigeria in the final. The Algerian team took revenge from Nigeria as the former lost the title race to the Green Eagles in 1980.

For the third time, Egypt won AFCON when they hosted it in 2006, beating Cote d’Ivoire on penalties.

The qualifiers of the CAF Africa Cup of Nations came to an end. The finals will be held next summer from 21 June to 19 July in Egypt, and the 24 qualified teams were announced.

In this edition of AFCON, Egyptians will not only be following their national team, but also the foreign players who play for Egyptian clubs in the Egyptian Premier League, most prominently, the trio of the Tunisian team, Hamdi Nagguez, Ferjani Sassi, and Ali Maâloul. Nagguez and Sassi play now for Zamalek SC, while Maâloul plays for Al Ahly SC.

Alain Giresse, the coach of the Tunisian national team, is expected to rely on the three players who have previously played with Tunisia in the FIFA World Cup in Russia under the former coach Nabil Maâloul.

Moroccan Khalid Boutaïb is considered one of the main players in the Atlantic Lions team even before he joined Zamalek. French Hervé Renard relies heavily on him to lead the team’s attacking line. The Moroccan team is also likely to include Al Ahly’s star Walid Azaro, and Zamalek’s winger Hamid Ahaddad.

Al Ahly’s Geraldo is also expected to play with Angola’s national team. The player presents a good performance with the Cairo giants and definitely will be followed by the Egyptian fans.

The Namibian Benson Shilongo, who currently plays for Ismaily SC, will likely be included in his national team’s squad which return to AFCON after an 11-year absence.

Malagasy Paulin Voavy who plays for Misr Lel Makkasa SC will also join Madagascar’s national team which will make their debut in AFCON finals this year. Voavy is one of the main players of the current squad of Madagascar.

Aboubacar Diarra, the attacking midfielder of Enppi SC, will be seen with Mali in AFCON, after he played most of the qualifiers.

DR Congo’s win over Liberia in the last round of AFCON qualifiers gave the chance to Enppi’s forward Chadrack Lukombe to play with his national team in the prestigious championship for the first time in his career.

For Zamalek’s Kabongo Kasongo, there are doubts about his participation with DR Congo in AFCON, as he is in a race against time to recover from his recent injury.