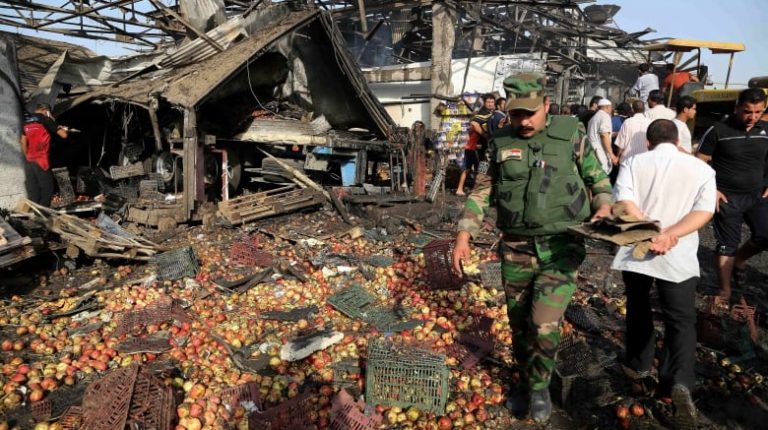 Egypt has strongly condemned the bombing of a market in Baghdad, and extended condolences to the victims’ families, according to a statement by the ministry of foreign affairs on Friday.

Cairo also reiterated its call for action to confront all forms of terrorism and extremism via drying funding resources for terror groups.

At least eight people were killed and 15 were wounded in the suicide bombing that targeted a market in eastern Baghdad on Thursday. There was no immediate claim of responsibility.

The attack took place at a time when many Iraqis were breaking their Ramadan fast and took to the streets.

Devastated by years of conflict, Iraq in 2017 declared victory over the Islamic State (ISIS) jihadists after a gruelling months-long campaign to dismantle their self-declared “caliphate”.