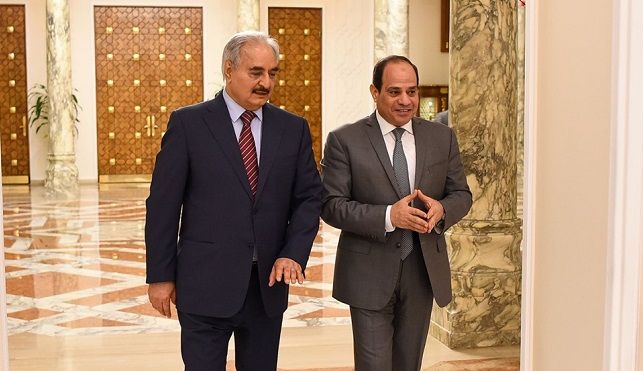 The United Nations Security Council (UNSC) on Friday called on warring sides in Libya to commit to the ceasefire resolution and to return to political talks led by the UN.

The UNSC’s remarks comes amid a new wave of violence in Libya which has begun a month ago when the forces of the Libyan National Army (LNA), led by Khalifa Haftar, launched a military campaign against the UN-backed government in the capital Tripoli.

Meanwhile, the internationally recognised government accused Haftar of being a military dictator with ambitions. The Libyan government urged the United States President Donald Trump to stop foreign support for Haftar’s assault against Tripoli.

Prime Minister of the Government of National Accord, Fayez Al-Sarraj, said “the supporters of Haftar are turning Libya into a proxy battleground which would cause a new wave of mass migration to Europe.”

Al-Sarraj called upon international oil companies to renew their work licenses in Libya or stop their operations in the country.

A month ago, Haftar who is supported by Egypt and the UAE, started an attack against Tripoli where the internationally recognised government is based, but has so far failed to get through the city’s southern defences.

The fight in Tripoli has negatively affected the UN efforts to reach a peace deal between rival factions and threatens to further damage the oil industry in the country.

Three weeks ago, Trump discussed the situation in Libya with Haftar in a phone call, showing support toward his efforts for “countering terrorism.”

On Thursday, President Abdel Fatah Al-Sisi received Haftar in Cairo to discuss the latest developments in Libya and the role of the LNA in restoring security and stability in Libya. During the meeting, Al-Sisi asserted Egypt’s support to the army.

For his part, Haftar praised Egypt’s role in supporting the Libyan people, and its efforts in fighting terrorism.