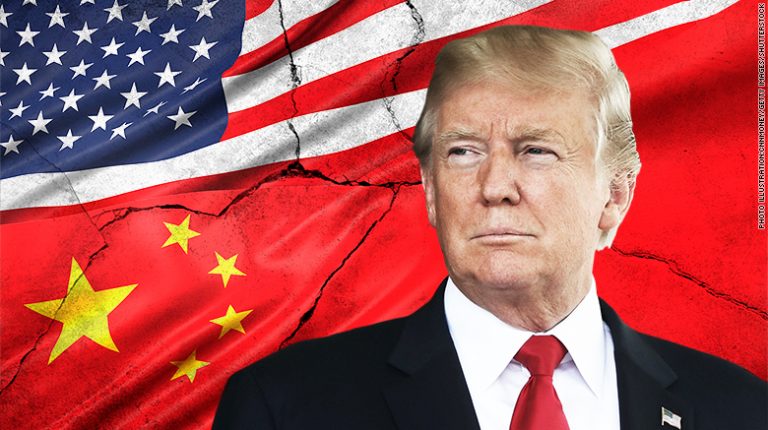 US President Donald Trump ordered, on Friday, officials to start the process of raising tariffs on Chinese goods, valued at about $300bn, according to the US trade representative.

US Trade Representative Robert Lighthizer made the announcement in a Friday statement, following the end of the latest round of trade negotiations between the two countries, after the US increased tariffs from 10% to 25% on $200bn worth Chinese imports.

Subsequently, Trump tweeted that his relationship with Chinese President Xi Jinping remains “a very strong one” and that conversations “will continue” but that the US is imposing tariffs on China which “may or may not be removed.”

Trump explained that US imports to China register at about $100bn worth of goods, and with the more than $100bn in tariffs received, the US will buy products from its farmers and send them as humanitarian assistance to nations in need.

However, the feasibility of the US president’s suggestion remains vague, as some of the tariffs and custom duties are directly paid to the government when products are imported, which are usually added to the final price of the imported product.

On the other hand, Chinese state-run media outlets said, on Saturday, that three main differences remain in the trade talks, including the removal of all additional tariffs.

The ruling Communist Party’s official People’s Daily and the official Xinhua News Agency both reported the differences centred on trade purchases and a “balanced” text to any trade deal.

“China will never yield to the US side’s maximum pressure and will not compromise on matters of principle. China has made it clear to call for the elimination of all additional tariffs to resume normal bilateral trade,” the People’s Daily said.

The People Daily added that “China clearly requires that the trade procurement figures should be realistic; the text must be balanced and expressed in terms that are acceptable to the Chinese people and do not undermine the sovereignty and dignity of the country.”