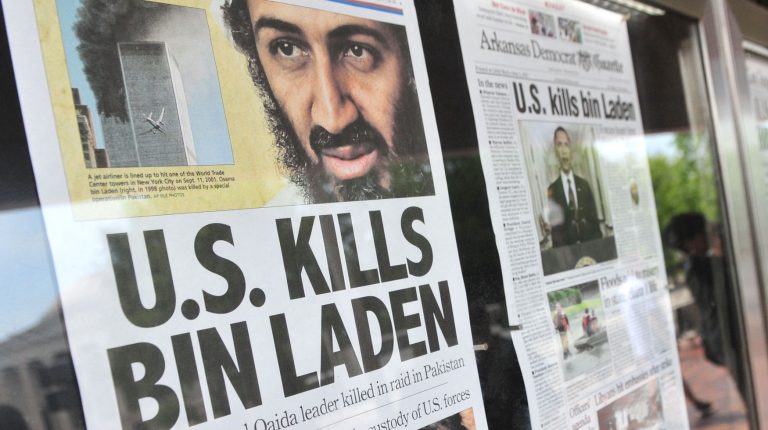 After the death of Osama bin Laden, Al-Qaeda’ founder and mastermind of the deadliest 11 September 2001 attacks eight years ago, the terrorist group have been overshadowed by its extremist rival Islamic State (ISIS) which has dominated for several years the jihadist scene, and attracted global attention by beheading and slaughtering civilians. 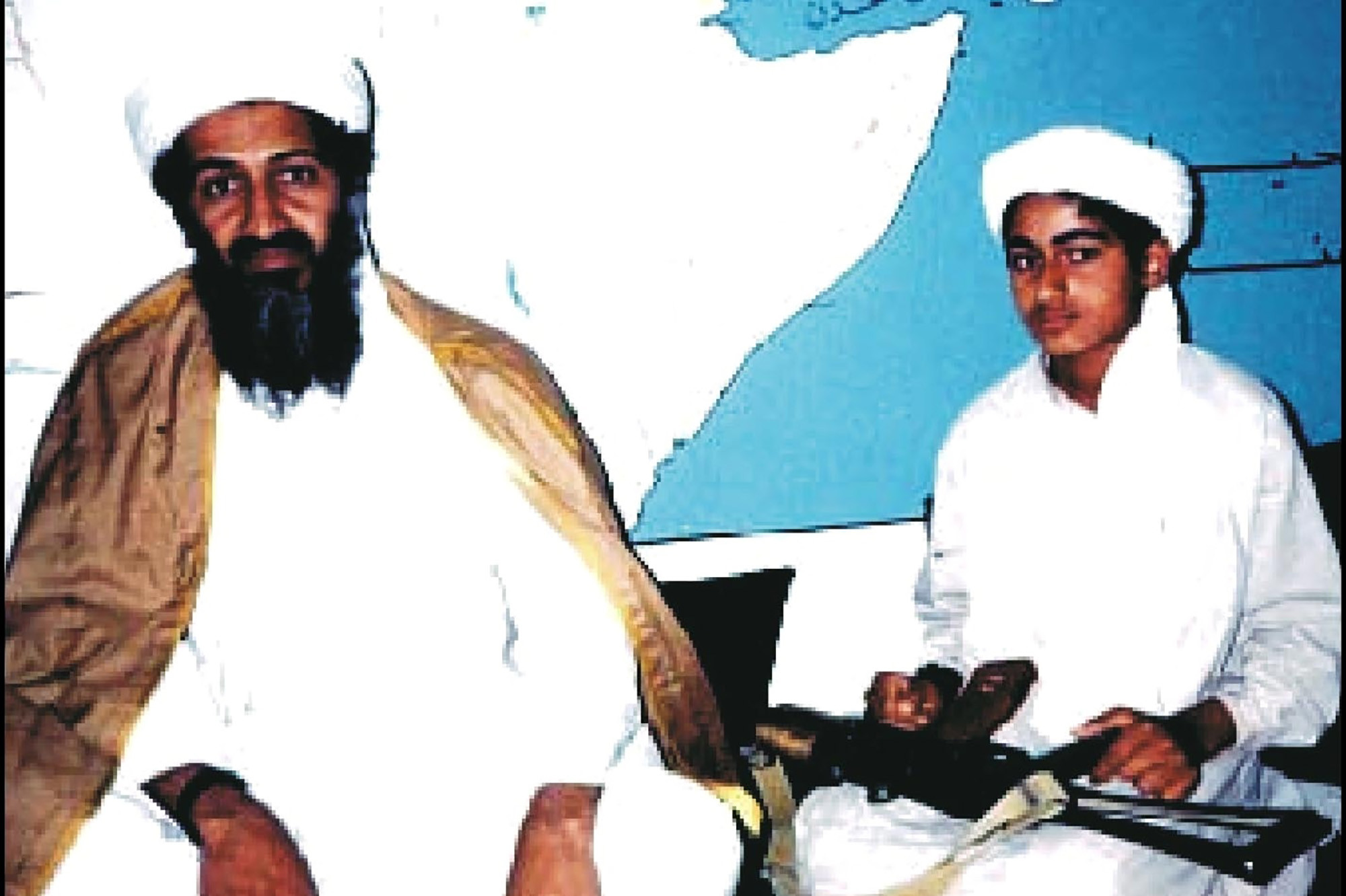 However, with the fading of ISIS and its significant territory losses in Syria and Iraq, Al-Qaeda has a chance to re-emerge and rebuild its alliances with regional groups as well as funding resources.

Al-Qaeda has been most active in the Middle East, but now its focus has turned toward Africa. “Between 2015 and 2017, 69% of terror-related deaths caused by the group occurred in sub-Saharan Africa,” according to the Global Terrorism Index 2018 report.

The report explained that under the leadership of the Egyptian physician, co-founder of Al-Qaeda, and the current uncharismatic leader, Ayman Al-Zawahiri, “the group’s affiliates have gained traction throughout Africa, most notably in the Maghreb and Sahel regions and at the Horn of Africa.”

On 2 May 2011, the same year witnessed what become known as the Arab Spring in Egypt, Tunisia, Libya, and Syria, former United States president, Barack Obama, announced that the most wanted terrorist was killed by US Navy Seals in Pakistan.

“For over two decades, bin Laden has been Al-Qaeda’s leader and symbol and has continued to plot attacks against our country and our friends and our allies,” Obama declared in a televised address.

Al-Zawahiri has taken the lead of Al-Qaeda. The group has largely weakened following the killing of its leader, while at the same time, a new brutal brand of jihadism has been emerging in Iraq and Syria.

Leaders are strengthening the network

According to the 2019 report of the US national intelligence, “Al-Qaeda senior leaders are strengthening the network’s global command structure and continuing to encourage attacks against the west, including the US, although most Al-Qaeda affiliates’ attacks to date have been small scale and limited to their regional areas.”

All al-Qaeda affiliates “are involved in insurgencies and maintain safe havens, resources, and the intent to strike local and regional US interests in Africa, the Middle East, and South Asia,” the report added. 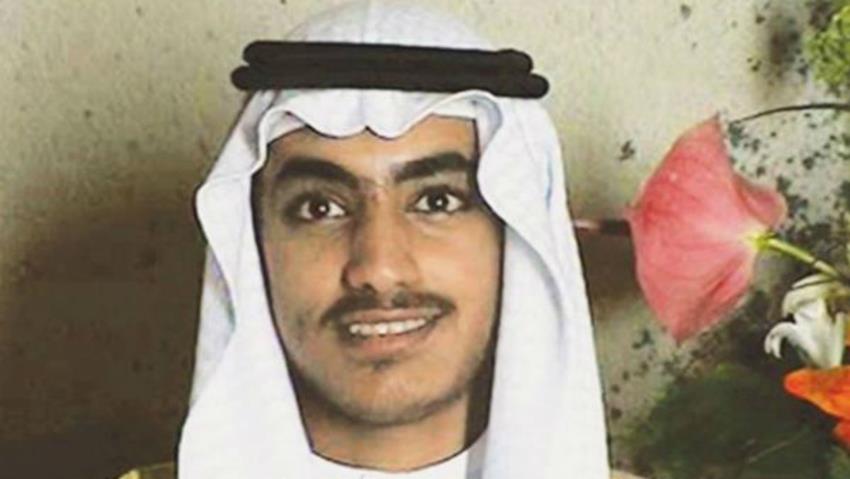 Meanwhile, the report revealed that Al-Qaeda affiliates in east and north Africa, the Sahel, and Yemen remain the largest and “most capable terrorist groups” in their regions, adding that all have maintained “a high pace of operations.”

In Syria, “Al-Qaeda elements continue to undermine efforts to resolve that conflict, while the network’s affiliate in South Asia provides support to the Taliban,” the report continued.

Who is Bin Laden?

Bin Laden was born in 1957 in Riyadh, Saudi Arabia. He is a son of construction millionaire businessman father, Muhammad Awad bin Laden. Bin laden was one of 50 children from the same father.

Bin Laden, who studied public administration and economics at King Abdul Aziz University in Jeddah, would have little chance to take advantage of his degree. After graduation in 1979, the Soviet Union invaded Afghanistan. Bin Laden headed there to join the jihad, among other jihadists, against the Soviet Union.

In 1988, Bin Laden founded Al-Qaeda (the Base in Arabic) with his accomplice Al-Zawahiri, bringing together Arab Islamists to join a “holy war” not against the Soviet Union, but against the US, Israel, and their allies from Muslim governments.

The Saudi Jihadist was expelled from his homeland in 1991, and moved to Sudan with his followers. He strengthened his terrorist network which was supported by assets that reached around $20m. Five years later, he was expelled from Sudan and went to Afghanistan with his three wives and children.

Bin Laden ran military training camps for thousands of foreign jihadists, and under his leadership, the group was further enhanced and began orchestrating global attacks worldwide. 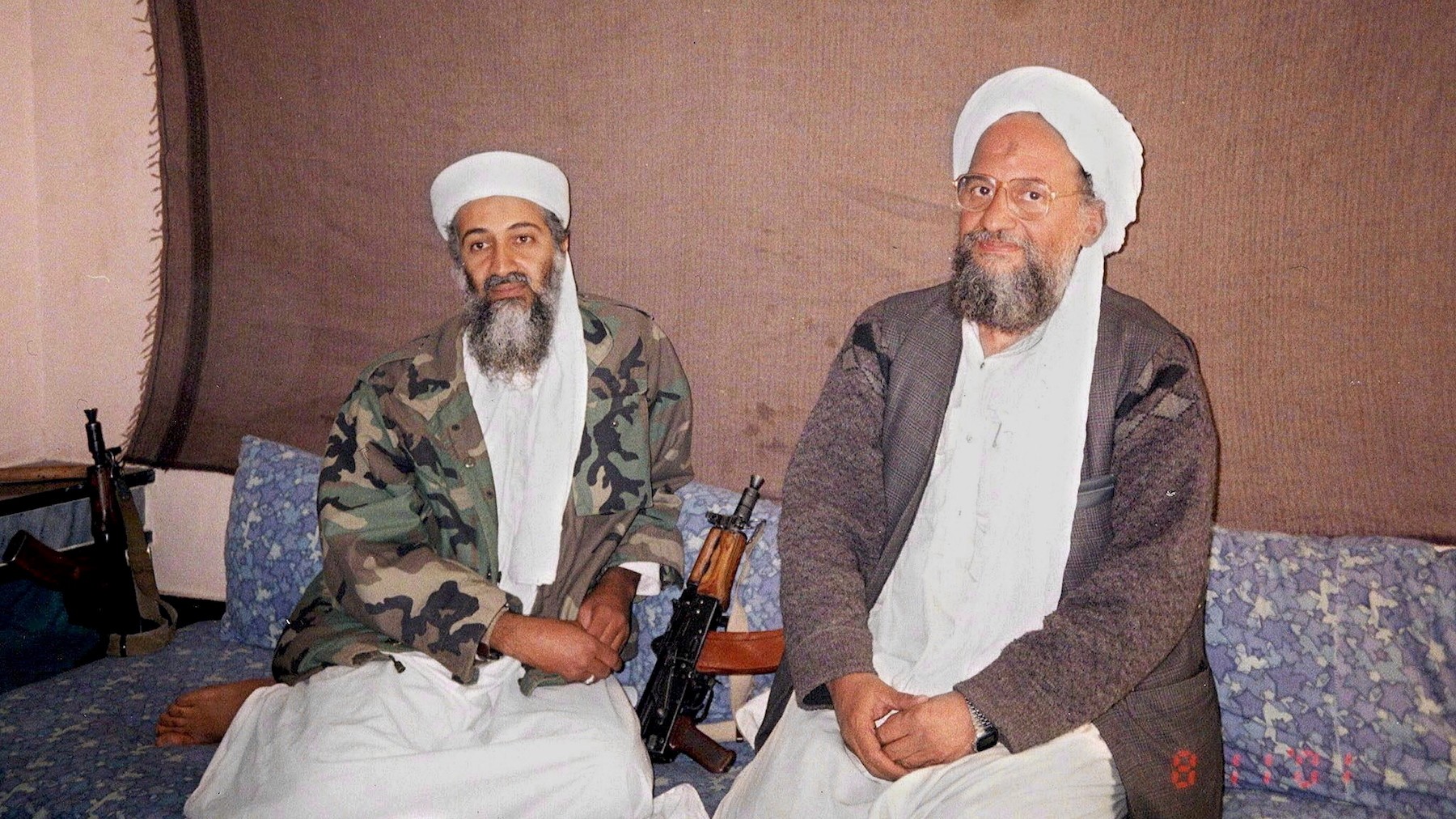 “People generally evaluate the success of militant groups in terms of the amount of carnage that they inflict. My research shows, however, that militant groups are more likely to achieve their political goals when they exercise restraint toward civilians,” Max Abrahms, the author of Rules for Rebels, and a professor of political science at Northeastern University told Daily News Egypt.

“Al Qaeda is generally underestimated because the group commits less violence against civilians than it has historically and certainly compared to the IS group which was notorious for beheading, caging, roof-chucking, and raping civilians,” Abrahms added.

Meanwhile, Abrahms opined that Al-Qaeda has managed to achieve important political gains precisely because it has learned the strategic benefits of civilian restraint. “By contrast, groups that focus their violence on civilians suffer politically,” Abrahms highlighted.

“An illustrative case is in Syria. The Al-Qaeda-related group, Hayat Tahrir al-Sham (HTS) currently controls Idlib in Syria, whereas Raqqa and other areas of the country are largely ISIS-free,” Abrahms illustrated.

Abrahms suggested that the media made the mistake of fixating on civilian violence and failing to realise it has historically doomed militant groups at least from achieving their political platforms.

“I would say that Al-Qaeda is doing better politically than many people realise. Al-Qaeda has outperformed ISIS politically because the former has a superior strategy to the latter,” Abrahms concluded.

New face for the terror group

US officials believe that Hamza, one of Osama bin Laden’s sons, is emerging recently as the future leader of Al-Qaeda.

Since at least August 2015, Hamza has occasionally released audio and video messages, urging his followers to launch attacks against the US and its western allies, the US Department said earlier in February this year.

The US believes that Hamza is seeking revenge for the killing of his father. The young jihadist, thought to be in his early 30s, is believed to be married to the daughter of Mohammed Atta, the lead hijacker in the September 2001 terrorist attacks.

The US said that it found letters and documents in the compound of Abbottabad, where Bin Laden was killed. Those notes indicate that Bin Laden had prepared his son for the group’s leadership.

Washington allocated $1m for any information on his whereabouts for his capture. It also named Hamza as a “specially designated global terrorist” in January 2017. The award put for the young expected future leader was less than that which was set for his father’s head–$25m.

Meanwhile, Saudi Arabia declared earlier this year, that it stripped Hamza from his citizenship. 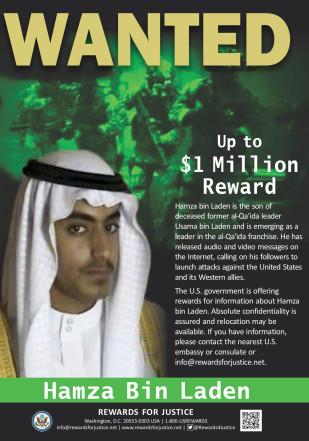 The ISIS caliphate officially declared by Abu Bakr Al-Baghdadi in July 2014 in Al-Mosul, Iraq, could be in ruins after the significant leadership and territorial losses, but this does not mean that ISIS is completely gone.

According to the US national intelligence report this year, “ISIS still commands thousands of fighters in Iraq and Syria, and it maintains eight branches, more than a dozen networks, and thousands of dispersed supporters around the world.”

ISIS will seek to “exploit Sunni grievances, societal instability, and stretched security forces to regain territory in Iraq and Syria in the long term,” the report suggested.

In February 2014, Al-Qaeda broke with Islamic State in Iraq, the movement which was formed by the followers of Abu Musab Al-Zarqawi, the former leader of Al-Qaeda’s branch in Iraq. He was killed by a US airstrike in June 2006.

The dispute between Al-Qaeda and its branch in Iraq emerged in the era of Al-Zarqawi, over of the Jordanian terrorist’s obsession of killing Shi’ites and beheading civilians as well as forcing the whole world to watch those slaughters in videos on the internet.

In several letters, Al-Qaeda leaders urged Al-Zarqawi to stop the bloodshed against the Shi’ites and keep the focus on the Americans. However, Al-Zarqawi ignored them.