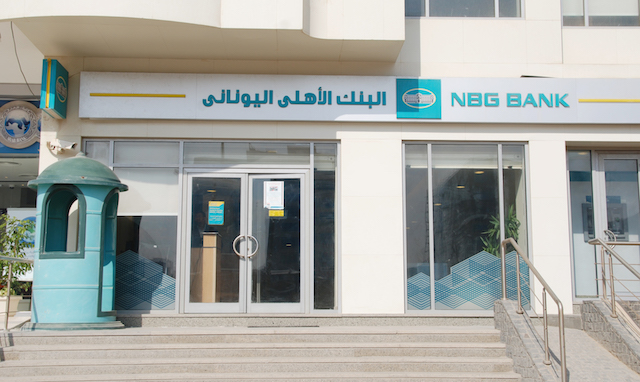 Bank Audi Egypt announced the success of the acquisition negotiations of the banking operations portfolio and the branches of the National Bank of Greece (NBG) in Egypt, noting that the completion of the transaction depends on obtaining the final approval from the Central Bank of Egypt (CBE).

On 2 May 2019, the NBG concluded an agreement to transfer the banking operations portfolio for its services to individuals and companies in Egypt to Bank Audi.

The NBG is the latest bank to announce its exit from the Egyptian market after nearly 100 years of its presence.

Furthermore, the NBG Group announced several days ago that the bank’s assets in the Egyptian market were sold to Bank Audi for €110m including loans, deposits and securities, as well as 17 branches and 250 employees.

According to the group, the deal comes in the context of the restructuring plan being carried out by the parent group in Greece, in agreement with the European Commission.

At the end of last week, the NBG-Egypt said that all bank accounts and contracts would be automatically transferred to Bank Audi after the completion of the sale, stressing that customers are not required to take any action regarding the deal.

It pointed out that the completion of the transfer is conditional upon obtaining regulatory approvals, including the approval of the CBE.

It added that more information on the transfer process will be made available as soon as possible on the bank’s website in Egypt: www.nbg.com.eg/en.

The NBG-Egypt was established at the beginning of the last century as the first Greek banking investment in Egypt to serve the Greek community at the time, while working to consolidate the bonds of joint cooperation between Egypt and Greece and to strengthening the civilizational ties and boost economic relations between the two countries.

With its expansion in Egypt through its three branches in Cairo, Alexandria, and Zagazig, the bank took its first expansionary steps in 1933 by acquiring the Anatoli Bank, which has been operating in Egypt since 1904 through seven branches across the country.

As the number of branches increased, the merger in 1953 with the Bank of Athens–the oldest Greek bank in Egypt, which has been operating since 1896–it reached 10 branches located in Cairo, Alexandria, and Port Said.

However, in view of the changes which took place in the social, economic, and investment climate in Egypt during the 60s in the last century, specifically in 1961, the bank stopped its activity similar to all foreign banks operating in Egypt at the time, and reopened a representative office in Cairo in 1975.

By 1979, the bank had reopened its first branch to become the first Greek investment in Egypt, in line with the opening of the policy of economic openness and the start of the influx of foreign investments into the country.

The NBG has long been the main and probably the only banking channel between Egypt and Greece. The bank has since taken the initiative to expand horizontally and vertically within Egypt, and to contribute toward the advancement of economic development in general, and to support and develop the banking sector in order to directly and indirectly serve citizens.

The bank’s management attaches great importance to the integration process between the investment entities of south eastern Europe and the eastern Mediterranean countries, bearing in mind the importance of consolidating the bonds of fruitful and constructive cooperation and the cooperation between the peoples of the region as a whole, and especially between the Egyptian and Greek peoples.

In light of the great openness witnessed by the Egyptian economy in the past few years and the remarkable investment recovery witnessed by the country, and within the framework of the state’s supportive directions for the development of the banking sector as a fundamental pillar of economic development and stability, the decision of the NBG is to increase its investments and develop its activities through a long-term expansion plan to support the bank’s position in the domestic market. Consequently, the bank increased its capital more than once within the NBG strategic plan aimed to support and strengthen its presence in the Egyptian market.

The bank opened several new branches during the last period, bringing the total number of branches to 17 carefully selected and equipped branches, with the latest international quality standards through the use of one of the major international institutions specialised in this field.

The bank has also launched a wide range of advanced banking products and services, all of which aim to meet the diverse needs of citizens from different categories in order to satisfy the wide range base of customers, as well as to ensure high quality standards and performance to equally benefit the prosperity and growth of all parties.