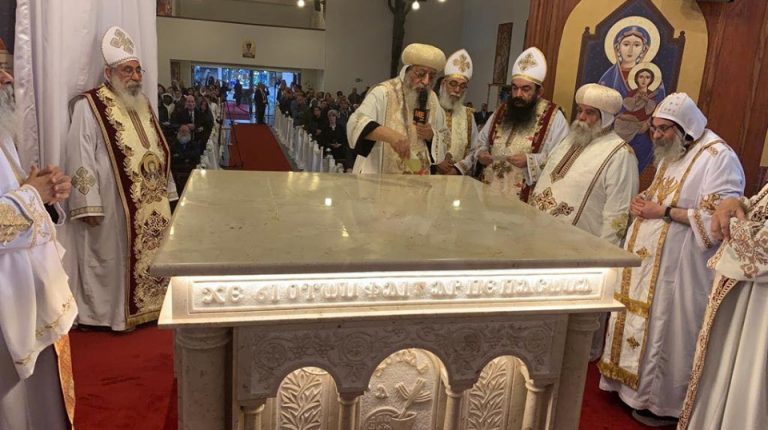 Pope Tawadros II of Alexandria on Sunday inaugurated the Virgin Mary Orthodox Church in Dusseldorf, Germany during his visit to the European country, according to the Orthodox Church spokesperson.

The inauguration witnessed the attendance of Bishop of Scandinavia, Bishop of Greece, and other top priests and fathers, as well as German Coptics.

On the same day, “Pope Tawadros met with Andre Cooper, president of German parliament for the district of the North Rhine-Westphalia, and his wife,” the church said.

Earlier on Saturday, Pope Tawadros delivered a speech before Orthodox church followers and other top diplomatic officials. He urged Germans to visit Egypt and read about its rich history which includes humanitarian Coptic, Islamic, and Pharaonic civilisation. He also invited them to visit Egyptian ancient churches and monasteries as well as other archaeological milestones across the country.

“We welcome all of you and we will be pleased to receive you in the Coptic Orthodox Church, in the blessed monasteries of Egypt, and throughout the many artefactual sites located in the northern and southern parts of the country,” the Pope said.