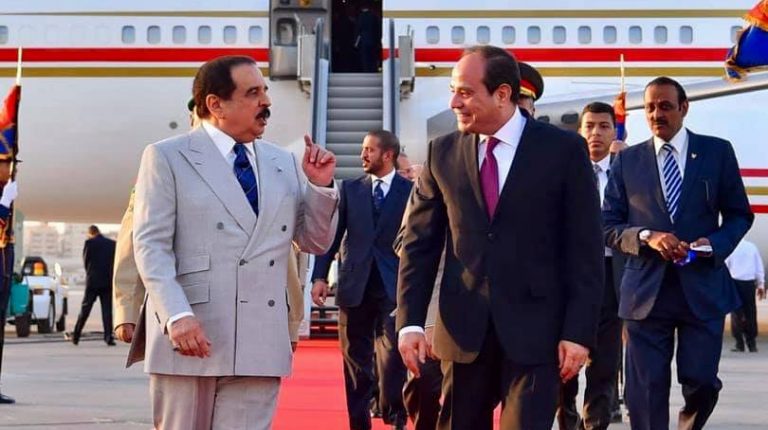 It comes as part of a series of bilateral meetings between both leaders to promote consultation and coordination.

During the meeting held late on Sunday, they addressed enhancing bilateral cooperation in different fields and issues of common interest.

Egypt and Bahrain have been enjoying distinguished relations both economically and politically. Al-Khalifa was among the first Arab leaders to visit Cairo after the 30 June incidents. The king was also among the first leaders to congratulate Al-Sisi upon his inauguration.

In August 2018, Al-Sisi visited Bahrain and met with Al-Kalifa as well as a number of princes, ministers, and top officials to promote ties.

Bahrain’s investments in Egypt ranked 14th among foreign countries investing in the country. The trade exchange between Egypt and Bahrain reached $160.35m in 2016, according to Egypt’s State Information Service (SIS).