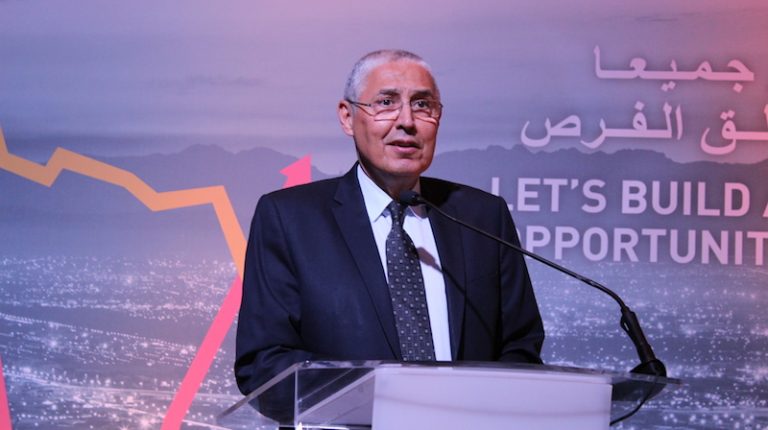 He stressed that Egypt is the first destination for foreign investments in Africa, pointing out that the presence in Egypt is the most important investment of the group in Africa due to its distinguished geographic position, and its economic reform programme implemented in Egypt since 2016, which significantly reflected on its economic performance.

Furthermore, the CEO highlighted that the Africa Development Club in Egypt is the only hub and platform linking Egypt and African countries, an opportunity to realise the aspirations of the African business market, and provide a chance for young entrepreneurs from Egypt to share and exchange experiences and discover new partners.

In March 2019, Attijariwafa Bank Group held the sixth session of the International African Forum in Casablanca, under the title “Africa and Development.”

More than 2,000 participants participated in the forum, in addition to eight government representatives from over 30 countries.

Attijariwafa Bank started operation in Egypt on 3 May 2017 having acquired Barclays Egypt.

In addition, Attijariwafa Bank has established the Africa Development Club in 2008 with the aim of broadening and supporting the group’s endeavours to promote regional cooperation and south-south co-operation.

The club offers an opportunity to connect companies wishing to expand their business interests in the continent by taking advantage of business and investment opportunities in this part of the world. Furthermore, the club also provides access to training, information services, and expert advice to help entrepreneurs implement their projects with the assistance of governments in their key infrastructure and to promote south-south and north-south co-operation.

Since the establishment of the club–which currently includes more than 3,000 members–it has organised with Attijariwafa Bank 15 missions, which mobilised more than 2,000 business leaders from Africa.

According to the Managing Director of Attijariwafa Bank Egypt, Hala Sakr, the bank aims to bring closer its clients in Egypt and customers in other countries that exist in the African continent, as the bank strongly exists in these countries, especially since it coincides with Egypt’s rotating presidency of the African Union and the Central Bank of Egypt’s chair of the Association of African Central Banks.

Sakr stressed that the linkage between investors in Egypt and Africa comes in line with the Egyptian state’s tendency to expand investment in the African continent, and it is part of the business strategy of the bank.

She explained that the bank conducted about 600 meetings between Egyptian clients and officials in African countries during a conference held in Morocco in March.

Moreover, she noted that the club serves as a key catalyst for sustainable development and economic development in African markets.

For her part, Director of the Africa Development Club in Egypt, Mona El Kadry, explained that the club aims to promote trade in Africa and cooperation among African countries.

She added that the club is aware of the developmental challenges faced by the African continent in terms of economic and social aspects, and it depends on the principle of unity, as well as adopts a humanitarian vision of economic development.

El-Kadry pointed out that the launch of the Africa and Development Club in Egypt will help serve the economic actors in order to participate in the development of the continent.

She noted that the branch in Egypt is the tenth to be launched, in addition to its branches in Côte d’Ivoire, Senegal, Mali, Mauritania, Tunisia, Cameroon, Gabon, Congo, and Morocco, thus providing investment opportunities for Egyptian companies to learn about the potentials in other African markets.

For his part, head of corporate and financial sector at Attijariwafa Bank Egypt, Tamer Ragheb, said that the bank has carried out commercial operations worth $1.7bn in 2018, up by 30% from 2017.

He added that the bank aims to increase these funds by 50% by end-2019, in line with the country’s tendency to increase exports-particularly to African markets-reinforced by the strong presence of the group in Africa.