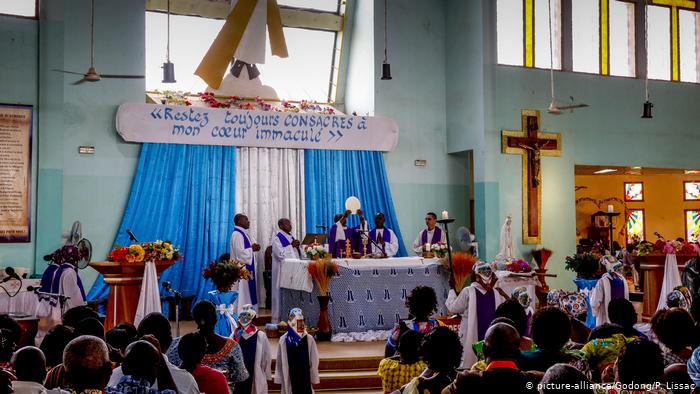 Egypt condemned on Sunday the militant attack on a Catholic church in a Burkinabe Protestant Church, that killed six people, and an unidentified number of injured citizens, according to a statement by the ministry of foreign affairs.

On Sunday, gunmen stormed into the Catholic church. The worshippers were attending morning mass when at least 20 men surrounded them and shot six dead, according to a government statement.

It is the second attack on Christians in the west African nation in two weeks. Since 2015, the west African country has seen an increase in jihadi attacks on its northern border to Mali. Most recently, 10 gendarmes were killed last week in a gunfire ambush in the Sourou province while responding to a school blaze. The al-Qaida linked umbrella militant group known as Nusrat Al-Islam w Al Muslimeen (JNIM) claimed responsibility for the attack.

“These terrorist groups are now attacking religion with the macabre aim of dividing us,” the statement said.

“Towards 9 am during mass, armed individuals burst into the Catholic church,” the mayor of Dablo, Ousmane Zongo, said. “They started firing as the congregation tried to flee.”

The attackers then torched the church and set fire to a shop and two vehicles, in the second attack on Christians in as many weeks in a nation increasingly overrun by jihadists.

At the end of April, five Christians were killed in an attack on a Burkinabe Protestant Church. The pastor was among those killed in the raid in the small town of Silgadji.

Both Dablo and Silgadji are in the north of Burkina Faso, which has suffered from increasingly frequent and deadly attacks attributed to a number of jihadi groups, including the Ansar Al-Islam group, the Group to Support Islam and Muslims (GSIM) and Islamic State in the Greater Sahara.

Over one-half of Burkina Faso’s residents are Muslim, but Christians, most of them Catholics, make up some 30% of the population. The west African state has been struggling with jihadi violence since 2015.