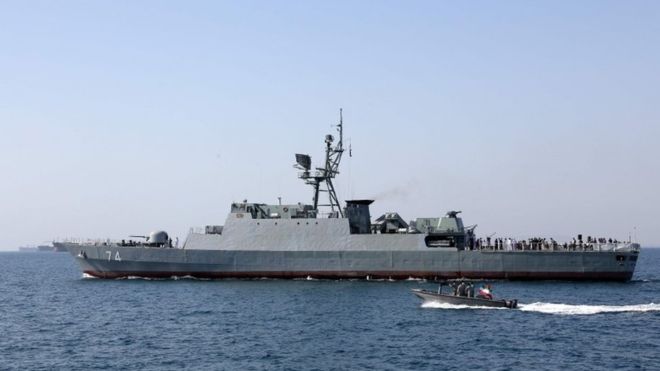 Egypt strongly condemned the attack on four ships near the territorial waters of the United Arab Emirates on Sunday, which was described as an act of sabotage. Egypt also condemned all illegal acts that would harm the national security of the UAE and safety of its land and sea borders.

In a statement, Egypt’s ministry of foreign affairs stressed its solidarity with the government and people of the UAE in facing all the challenges they might face, and confronting all attempts to destabilise the UAE.

The statement also affirmed the special and strong relations between Egypt and the UAE, and joint action to address all threats to their national security, as well as taking the necessary procedures to maintain the security and stability of the UAE.

On Sunday, the UAE ministry of foreign affairs announced that four merchant ships were being exposed to “sabotage operations” near the territorial waters of the country. The accident occurred near the emirate of Al Fujairah, outside the Strait of Hormuz, which is a vital passage for oil and gas.

The UAE described sabotaging the ships and threatening the lives of their crew as a serious development, but the statement gave further details about the identity of the ships and the manner of the sabotage.

The statement stressed that the incident did not lead to leaking harmful substances into the water. Furthermore, the UAE did not accuse any party of the “sabotage act.”

On Monday, the Minister of Energy, Industry, and Mineral Resources of Saudi Arabia, Khaled Al-Falih, said that two Saudi oil tankers were hit on Sunday by “a sabotage attack” close to the coast of the emirate of Al Fujairah in the UAE.

Al-Falih added that the attack aimed to threaten the security of world oil supplies. He noted that one of the two carriers was on its way to load Saudi oil from the port of Ras Tanura and then head onwards to the United States to supply its Saudi Aramco customers there.

The Gulf Cooperation Council condemned the attack saying that it increases the regional conflict and unrest.

Meanwhile, the Iranian foreign ministry spokesperson, Abbas Mousavi, described the “incidents” the ships experienced near the coasts of the UAE as “worrying and regrettable” and demanded an investigation to reveal the incidents’ circumstances.

Mousavi said “such incidents have a negative impact on the security of maritime navigation.” Furthermore, he called upon all countries in the Gulf region to be aware of foreign plots which aim to destabilise the region.

The Arabian Gulf region has witnessed lately a state of unrest due to the political conflict between Iran and the US which has military bases in the Gulf region. The US sent lately a Patriot missile defence system to the region, amid escalating tensions with Iran. Iran is also threatening to target these US military bases.