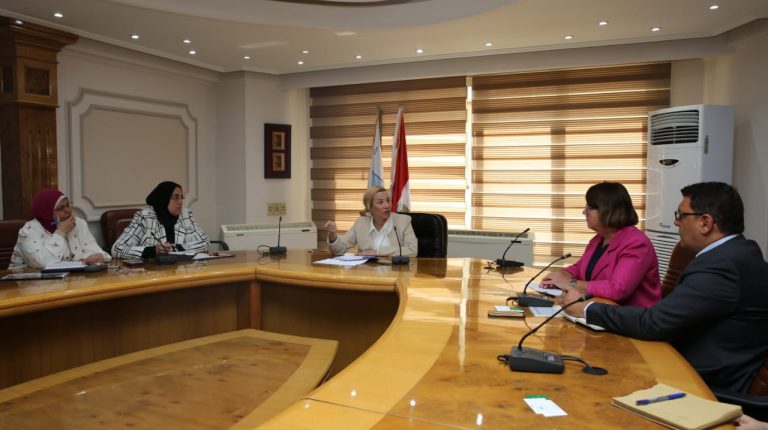 Egypt’s Minister of Environment, Yasmine Fouad, discussed the expansion in establishing green cities in Egypt during her Sunday meeting with Janet Heckman, the managing director for the Southern and Eastern Mediterranean (SEMED) region at the European Bank for Reconstruction and Development (EBRD), and Khaled Hamza, the director of the bank’s office in Egypt.

Fouad stressed that the transformation to green cities is necessary for achieving sustainable development, but the strategic objectives of this step must be clearly defined, and consistent with the national policies and procedures for development.

She added that her ministry is currently finalising a project proposal for sustainable cities in Sharm El-Sheikh and other Red Sea cities by focusing on biodiversity.

The minister also pointed out that the shift to green cities should focus on the expansion of electric transport, solid waste management, biological diversity, management of nature reserves, and eco-tourism, especially as they have economic and environmental dimensions.

She also noted that the ministry of environment has completed the technical work plans for the Egyptian governorates regarding waste management, as well as studies on protected area development and biodiversity.

For her part, Heckman expressed her willingness to cooperate with the ministry of environment in expanding the shift to green cities, saying that a green cities’ programme is to be implemented in four Egyptian areas as a model (Cairo, Alexandria, Port Said, and Aswan).

The EBRD provides technical support and identification of priorities to turn the city into a green one. Heckman noted that the environment minister will be invited to participate in the London Green Cities Conference in July.