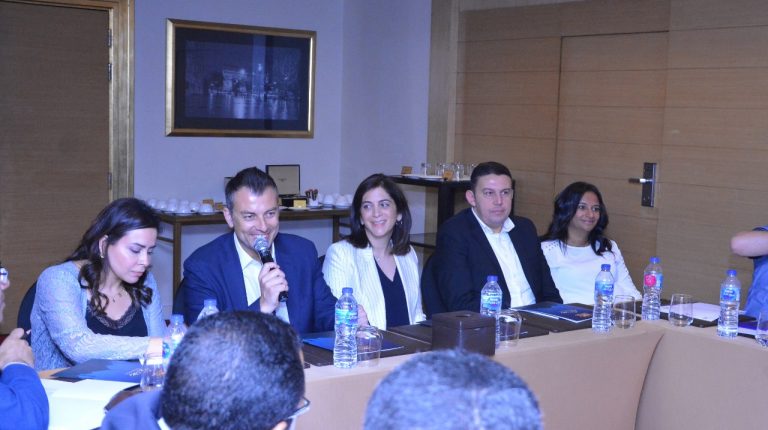 Philip Morris is a key player in Egypt’s economy, as Philip Morris Misr (PMM) is the number one international player in the Egyptian tobacco industry, with a 24% market share and around one-third of the total tobacco taxes revenues, the Managing Director of PMM and Levant, Vassilis Gkatzelis, said on Sunday.

Gkatzelis’s remarks came during a roundtable meeting, that also included the Director External Affairs Egypt and Levant at Philip Morris International (PMI), Karine Abdelnoor. Gkatzelis revealed that the company provides numerous job opportunities, as it employs around 2,500 people, whether directly or indirectly, across its value chain, including manufacturing, supply chain, and distribution among others. This comes in addition to over 100,000 retailers who sell Philip Morris products on a daily basis.

The PMI is building a future on smoke-free products (also referred by the company as Reduced Risk Products or RRPs) that are a much better consumer choice than continuing to smoke cigarettes. In its 2017 sustainability report, PMI has stated the ambition that by 2025, at least 30% of its revenues would come from smoke-free products.

According to Abdelnoor, the IQOS, the company’s flagship heated tobacco product–which uses the idea of heating tobacco, instead of burning it–has been around for over two decades, adding that “It is only now that we have finally managed to find ways to heat tobacco which results in products that satisfy adult smokers. The IQOS uses sophisticated electronics to heat specially prepared and blended tobacco.”

Gkatzelis stressed that smoking is harmful, this is a fact that is commonly known, and that the only risk-free alternative is to quit smoking, however, for people who are unable to quit, smoking alternative products such the IQOS came in handy.

“Though there is much misunderstanding, experts agree that nicotine, while addictive and not risk-free, is not the primary cause of most smoking-related illnesses. It is the burning process that creates smoke, which contains harmful toxicants,” he explained.

Furthermore, he added “Egypt is a key market for us, and has great potential for a smoke-free future, we would like to offer better alternatives to adult smokers in Egypt.”

In addition, Abdelnoor revealed that so far, 7.3 million adult smokers around the world have already stopped smoking cigarettes and switched to the IQOS. This number is growing, with approximately 10,000 smokers switching on a daily basis.

Also, the IQOS tobacco heating system has a very high conversion rate, with more than 70% of people purchasing the IQOS and using it exclusively or predominantly. She revealed that the IQOS was authorized for sale by the US Food and Drug Administration (FDA) on 30 April.

Abdelnoor told Daily News Egypt that PMM is working together with the government and their partners to turn this into a reality, however, she did not disclose a launch date, and said that the IQOS would be launched following all regulatory approvals.

Regarding the pricing, Abdeloor said that it is too early to announce the device’s price, stressing that, “We are targeting all segments of Egyptian smokers.”

Concerning conventional tobacco, Gkatzelis said that he does not have any information about any new tobacco tax increases, and in response to how the company will reprice in this case he explained that there are several factors which determine tobacco prices. “For your reference, around 70% of the retail cigarette price is comprised of tax, which has multiple components. So, if the price of a cigarette pack is EGP 30, around EGP 21 would be tax,” he concluded.