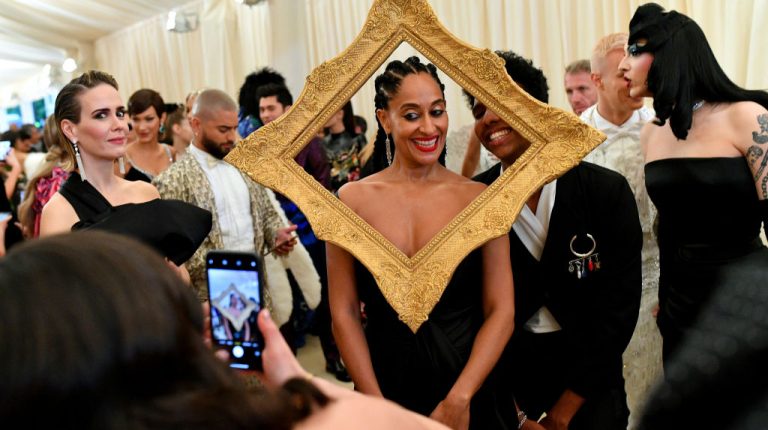 Over the past few months, short videos of people dancing, and singing have been going viral on social media showcasing hidden talents and unbelievable imaginativeness by users. The worldwide leading application, TikTok, has taken over social media and mobile apps, leaving the sky as the limit for users. When thinking about the creativity of users, combining it with the legacy and beauty of inherited art, collaborating with the Metropolitan Museum of Art (Met) in New York comes to present the best combination of alluring art of the museum and the ultimate innovation of users.

The Met announced last week a new collaboration with the world’s leading short video platform, TikTok, where it launches an official account with hashtags for people to interact with, and challenges to bring out users’ creativity. The collaboration aims to bring people’s attention to the art of the Met in a modernised, creative way.

Starting with two main campaigns, one about the Met Gala and the other about going back to the classics, the elite museum aims to highlight its existing art in number of countries, including in global markets suc as the UK; France; Germany;, Poland, Spain; Japan; Korea; Malaysia; Indonesia; Singapore; Vietnam; Thailand; the Philippines; Turkey; Mexico; Brazil, and others.

“As a global cultural institution, the Met’s mission is to engage audiences with art from our collection of over 1.5m objects spanning over 5,000 years of human history – and there is no better place to do so than one of the world’s fastest-growing social media communities,” said Kenneth Weine, vice president and chief communications officer at the Met, in a press release.

In his statement, Weine added that the application is a tool for the museum to strengthen its ties with the audience, and attract them to the beauty of the art existing at the Met.

“TikTok reaches hundreds of millions of users, many of whom are art enthusiasts. We look forward to deepening our connection with this audience, and to seeing the multiple creative ways they engage with the Met collection,” he added.

For their side, the application announced that such collaboration comes to bring out the best of people’s innovation.

“TikTok allows users to showcase and consume the world’s creativity, knowledge and moments that matter in everyday life, and is committed to building a community by encouraging users to share their passion through their videos,” said Blake Chandlee, head of Global Brand Partnerships at TikTok.

“Together with the Met, we are launching a campaign with two challenges to empower people to express their creative ideas, as we celebrate trends and embrace diversity on this vibrant platform,” he pointed out.

The latest collaboration of the two sides, took place at the Met Gala, where  users were asked to “create original content inspired by the parade of fashion seen on the red carpet at The Costume Institute’s annual benefit, the Met Gala.”

The duo started by the end of April, when both partners published the #SaluteToClassics challenge, where the spark of the classics glimmered in the skies of the selected countries.

Users in the challenge willingly travelled back in time and place to present what it would be like if they were art figures, or if they were a part of an artwork scene.

According to the press release, the global challenge offers a prize of an all-expenses paid five-night trip to New York and the chance to be among the first to visit the spring 2019 Costume Institute exhibition, Camp: Notes on Fashion.