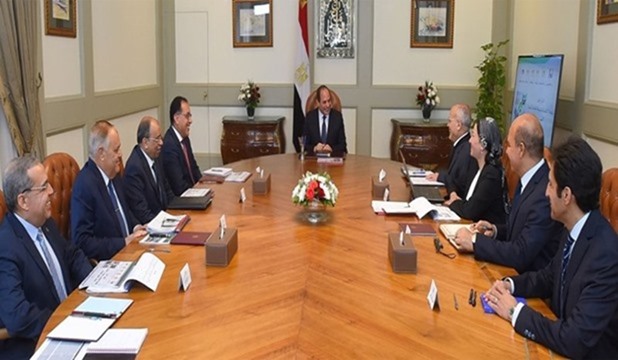 President Abdel Fattah Al-Sisi gave his directives to swiftly implement a new solid waste management system, especially in the over-populated areas, within the framework of the attention paid by the state to improve citizens’ livelihood, according to a statement by the presidential spokesperson.

During a meeting with Prime Minister Mostafa Madbouly and a raft of ministers on Monday, President Al-Sisi ordered boosting coordination among ministries and the concerned bodies to guarantee the success of the new solid waste management system.

He further stressed the importance of using accurate scientific studies and benefiting from distinguished foreign expertise for this purpose, hailing the youth initiatives implemented within the framework of the national campaign to improve the cleanliness system, said presidential spokesperson Bassam Rady.

During the meeting, the Environment Minister, Yasmine Fouad, reviewed aspects of the executive plan to implement the new system.

Other ministers also briefed the president on the benefits of the new system which include curbing air and water pollution besides creating new job opportunities, the spokesperson said.

In 2017, the ministry of environment said that a new system for solid waste management will be launched early 2018, stressing that the new system will include all the economic and financial studies through which positive feasibility and return could be achieved for the companies contributing to the system.