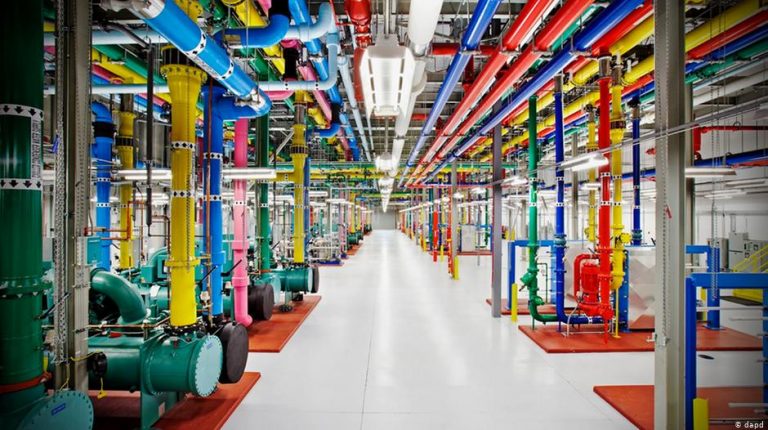 Artificial intelligence conjures fears of job loss and privacy concerns — not to mention sci-fi dystopias. But machine learning can also help us save energy and make renewables better.Artificial intelligence (AI) is infiltrating every corner of our lives. Video streaming services use it to learn our tastes and suggest what we might like to watch next. AIs have beaten the world's best players in complex board games like chess and Go.

Some scientists even believe AI could one day achieve superhuman intelligence resulting in apocalyptic scenarios reminiscent of films like "The Matrix."

As if to dispel such fears, the UN AI For Good Global Summit in Geneva later this month highlights AI applications to address the pressing problems of our time, including climate change.

Read more: AI could help us protect the environment — or destroy it

To fulfil the Paris Agreement, we will have to virtually eliminate fossil-fueled energy from all sectors of the economy. This will mean networking decentralized, fluctuating renewable power generation with consumers that automatically adjust to minimize waste and balance the entire system.

Read more: Blockchain in the energy transition: Hope or hype?

Hendrik Zimmermann, a researcher into digitalization and sustainability at environmental NGO Germanwatch, says efficiently managing data on this scale is only possible with AI.

"To be able to design this system, we need digital technologies and a lot of data that have to be quickly collected and analyzed," Zimmerann told DW. "AI or machine learning algorithms can help us manage this complexity and get to zero emissions."

But digitalization comes with a host of problems, too — not least the huge amount of energy all this data processing itself consumes. Sims Witherspoon is a program manager at Deepmind, the British AI firm owned by Google's parent company Alphabet that developed the Go-playing bot. She told DW that data centers — the huge "server farms" around the world that store users' data — now consume 3% of global energy.

Which is why Deepmind decided to use its "general purpose learning algorithms" to reduce the energy needed to cool Google data centers by up to 40 percent.

"Like playing Go, they [data centers] have concrete actions and measurable rewards in their operation," Witherspoon said, explaining that the AIs processed far more data than a human could handle — on everything from weather conditions to the amount of data being processed by servers — to maintain optimum cooling.

The system is being rolled out to more Google data centers, and Witherspoon thinks AI could have a huge impact in other fields. "Large industrial systems consume 54% of global energy," she says. "Imagine the potential if we could apply this technology to industrial systems at large. We believe that we could affect climate change on an even grander scale."

The non-profit Borderstep Institute in Berlin has deployed (albeit simpler) predictive machine learning algorithms to save 20% to 25% on energy used to heat a cluster of 250 apartments in the German capital.

"We used a home energy management system which works on three levels: the apartment, the building level, a cluster of buildings with a shared heat source," Simon Hinterholzer, a smart energy researcher at Borderstep, told DW.

Using sensors placed around apartments and buildings, the system can tell when residents are home and turn up the heat. "The system learns through your usage because all devices are connected," Hinterholzer says.

AI could optimize not just power consumption, but its production, too.

Turbine inspection and maintenance — which often involve personnel flying out to wind turbines in helicopters — make up a large share of offshore wind farms' operational costs.

Roy Assaf, an AI researcher at IBM, which is a partner in the pan-European ROMEO project, told DW his team is using deep learning — a machine learning method that uses mathematical functions known as "artificial neurons" — "to try to predict failures of offshore wind farms in order to optimize maintenance."

They are currently "training" their models using historical data on voltage, temperatures, wind speeds and humidity. Eventually, these models will be deployed in real time, and as new data becomes available, predictions should become more accurate.

"There are 1,000 metrics and it's not very easy to make sense of these things. Machine learning allows you to extract knowledge from everything at the same time," Assaf said.

The hope is that by cutting maintenance costs and downtime for the turbines, more green power can be generated, more cheaply.

The risks of AI for energy

Still, AI's power to make things happen faster and more efficiently isn't only being applied to technologies that help slash emissions. Google, Microsoft and Amazon all sell their AI computing services to oil and gas companies to help them extract fossil fuels.

A recent report by the Brookings Institution said AI was probably having a bigger impact on fossil fuels than green alternatives, because it's so well-suited to "activities that are unlocking new hydrocarbon resources — notably the shale revolution in oil and gas which requires mapping complex underground reservoirs and tailoring drilling methods."

Read more: Fire and ice: The untapped fossil fuel that could save or ruin our climate

Giving companies access to data about how we use energy in our homes also raises the question of whether we trust them to use it for the public good.

"Private business has a huge interest in gathering this kind of data," Zimmermann of Germanwatch says. "If we let this valuable data get into the hands of corporations without us benefiting from it, it's a redistribution of value that many people aren't aware of."

Not to mention the potential scenarios resulting from data falling into the hands of those unauthorized to use it at all. "Energy systems are critical infrastructure," Zimmermann points out. "They're susceptible to both terrorist attacks and economically motivated attacks from other countries. Cybersecurity is crucial."

AI is a one of the fastest growing sectors of the tech industry. Whether it ultimately benefits or harms our planet, is not a question of whether we employ intelligent machines, but what we ask them to do for us.