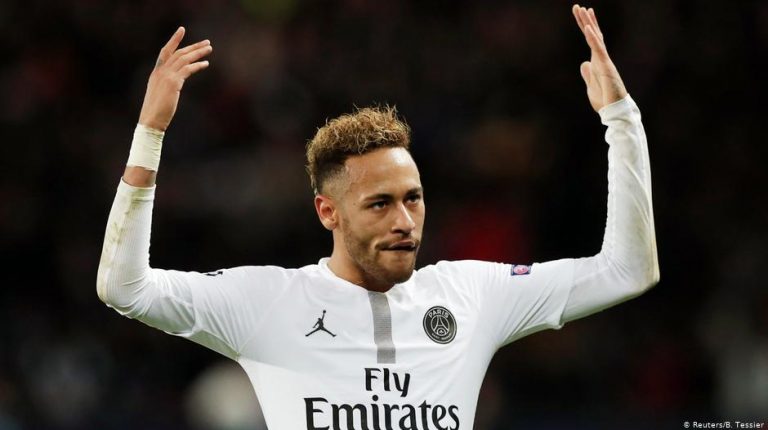 The EU upholds a ruling in favor of the Paris St Germain forward. A businessman had registered Neymar’s name as a trademark, claiming he didn’t know the Brazilian was set for stardom. Judges found this “inconceivable.”The European Union has supported Neymar's demand for a declaration of invalidity against a trademark registration trying to exploit his international appeal.

At the end of 2012, Carlos Moreira, from Portugal, filed an application with the EU's Intellectual Property Office (EUIPO) to register the word sign 'NEYMAR' as a trademark. It was subsequently approved in April 2013. This meant Moreira was free to use the name emblazoned across products such as t-shirts, hats and sports shoes.

However, three years later, Neymar and his representatives sued and the EUIPO sided with the Paris St Germain striker. On Tuesday, this decision was upheld.

A press release from Luxembourg read: "By today's judgment, the Court upholds the decision that Mr Moreira was acting in bad faith when he filed the application for registration of the mark ‘NEYMAR'."

The Portuguese businessman acknowledged that he was aware of Neymar's existence when he made the initial application, but did not realize he was a rising star, both in Latin America and Europe. EUIPO, however, did not believe this stance as Neymar's legal team demonstrated he was already a global star, even before his transfer to FC Barcelona in the summer of 2013.

The judges said the claim that Moreira had "little knowledge of the world of football" was not credible, considering that he also made an application for the registration of trademark "IKER CASILLAS" on the same day. The Spanish goalkeeper had been a world recognized name since making his debut for Spanish giants Real Madrid in 1999. This showed that Moreira "possessed more than a little knowledge of the world of football," according to the judgement from Luxembourg, and that it was "inconceivable" that the defendant did not know about Neymar's potential for stardom.

Moreira's claims that he only chose Neymar's name due to its phonetic appeal were also dismissed.