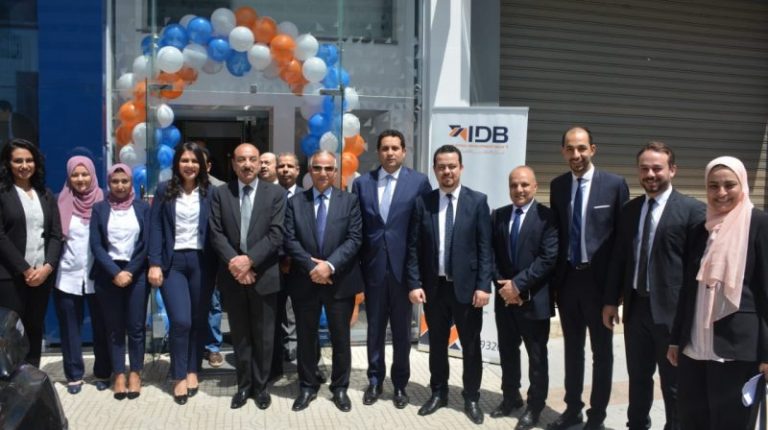 The Industrial Development Bank (IDB) purchased a land plot of 5,350 sqm in the New Administrative Capital to establish the bank’s new headquarters, Maged Fahmy, chairperson of the IDB, said.

He added that the bank recently opened 11 branches as part of its three-year expansion plan across the country.

Furthermore, Fahmy explained that four branches have been completed and four more are pending construction in Sadat City, Borg El Arab, Minya, and Ismailia. The bank will also develop four branches in Qena, Fayoum, Tanta, and Port Said before the end of 2019.

On Monday, Fahmy opened the bank’s latest branch in Obour City. The IDB will complete the existing branch development and open new ones to be eligible in the modern format of the bank as part of its expansion plan.

Another bank branch will be opened in Makram Ebeid in Nasr City as well as a branch of Nobar Pasha street downtown in May.

Fahmy explained that the opening of these branches comes within the framework of a new business plan to strongly compete in the banking market, through the expansion of its branch network to reach 50 branches by 2023.

He added that the IDB aims to deliver its services to more citizens, in addition to industrial zones across Egypt in order to contribute to the initiative launched by President Abdel Fattah Al Sisi to support small and medium-sized enterprises (SMEs).

Moreover the bank plans to establish the first branch of electronic banking services using the latest banking technologies, through the plan set by the bank’s management, which ultimately serves the national economy by supporting the Egyptian industry, through financing SMEs in order to effectively contribute toward solving the problem of unemployment, raising the volume of Egyptian exports, and thus providing hard currency, explained Fahmy.

Hamdy Azzam, deputy chairperson of the board of directors of the bank, said that the ratio of loans reached 40% of the total credit portfolio.

Azzam elaborated that the bank is focusing on financing development projects, after the introduction of the term’s retail banking for development, noting that the bank was able to seize fifth rank in the last three years in financing SMEs and mortgages.

The proportion of financing of SMEs at the bank reached about 33% of total loans, which is higher than the percentage determined by the Central Bank of Egypt (CBE?) of 20%, he pointed out.

Over and above, Azzam highlighted that the IDB financed the Rubiky Leather City project. The bank proved its worth in the furniture city of Damietta, although it was the last bank to finance it, but it was more active than the first three banks.

He added that the IDB has signed protocols with the Industrial Development Authority and a number of industrial complexes in the governorates of Daqahleya and Alexandria, as well as the allocation of a developmental portfolio of real estate mortgage finance, and the delivery of gas to low-income villages, including 150,000 units in Fayoum villages. The value of this portfolio reached EGP 1.4bn.

Over the last few years, the IDB has succeeded in achieving a qualitative leap in its indicators and jumping at an unprecedented rate of growth on all indicators through the bank’s comprehensive plan for all sectors set by the its current management headed by Fahmy.