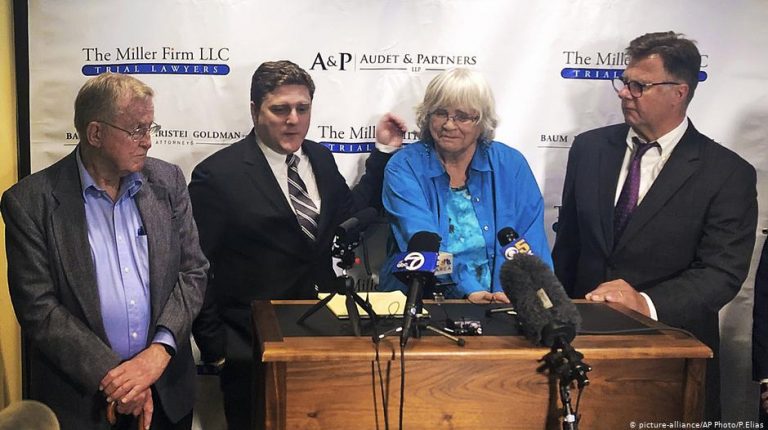 Another heavy blow has been dealt to German company Bayer. The firm was ordered by a US court to pay compensation in yet another glyphosate-related case. Bayer needs to act swiftly, say DW’s Henrik Böhme.Bayer just needs a pocket calculator to figure out what's coming it's way. Let's assume that each of the remaining 13,400 claimants in the US gets the same amount in damages as did Alva and Alberta Pilliod, who developed non-Hodgkin lymphoma ($1 billion, €900 million each).

You'd end up with a scarcely believable bill of €12 trillion for Bayer. It's easy to grasp that the company would not be able to pay up. It would spell the end of a firm with a chequered 156-year history.

Until its takeover by Bayer, Monsanto was an independent listed company with a dubious reputation and a bad image. That, however, didn't stop Bayer CEO Werner Baumann from acquiring the US agrochemicals company for a staggering €59 billion.

Today, Bayer — including Monsanto — is valued at under €54 billion on the Frankfurt Stock Exchange, €5 billion less than Monsanto itself cost to buy in 2018.

A first during a shareholder meeting

At an annual shareholder meeting three weeks ago, Bayer investors vented their anger at Baumann's policy. And for the first time in decades, executives did not get shareholders' approval of their policy.

Werner Baumann is still in office, though, as the supervisory board is still putting faith in him. Small wonder, since the head of that board is Werner Wenning, who was at the helm of Bayer for eight years himself and regards Baumann as his protégé and natural heir.

But the stream of bad news just won't stop. Over the weekend it became known that Monsanto kept secret lists in France with the phone numbers, addresses and even hobbies of politicians, scientists and journalists. Those lists were meant to help the company "educate critics."

Reports suggest that such lists were also compiled for Germany and other nations. Bayer claims it had had no knowledge of this.

More nasty surprises cannot be ruled out. As Alva and Alberta Pilliod's lawyer put it, with the takeover of Monsanto, Bayer had bought 100 years of corruption and scientific deception. It need to wake up to the mistake it made.

For Bayer, this can mean only one thing. The company has to swiftly secure out-of-court settlements with the claimants that won't kill the company off altogether. Its a question of survival now.

That will be hard enough, given that the Leverkusen-based firm already spent a fortune on the takeover. But there's no other solution in sight.