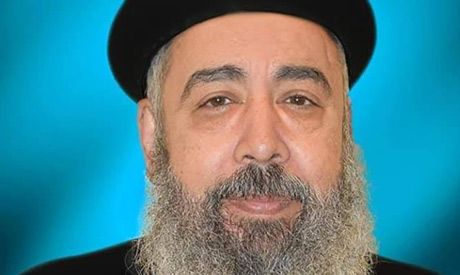 Shubra El-Khaima prosecution ordered the detention of the murder suspect of a priest in St. Mark Church in the district of Shubra El-Khaima for four days pending investigations, on Tuesday.

The prosecution accused the defendant of premeditated murder, possession of an unlicensed firearm, and gunshot wounds.

A 54-year-old security guard, who turned himself in to police, allegedly shot dead the 65-year-old priest Makkar Saad Makkar inside the church over a money dispute.

The priest had previously given the suspect an amount of EGP 1,000 to help him with his daughter’s wedding expenses and when the suspect wanted more money Makkar refused and was later shot by the guard.

During the investigation, the guard admitted to buying a weapon after Makkar failed to fulfil his promise to aid him financially, and that the gun was with him inside the church.

On Sunday, the National Security Criminal Court upheld death sentence of the defendants accused in the Mar-Mina Church terrorist attack, which took place in Cairo’s Helwan area on 29 December 2017.

The attack killed 10 people as militants opened fire on the Mar-Mina Church in the Helwan suburb south of Cairo and attacked a shop owned by an Egyptian Coptic citizen. The attackers started by shooting at the shop, and killed two men. Then shots were heard at the Mar-Mina Church.