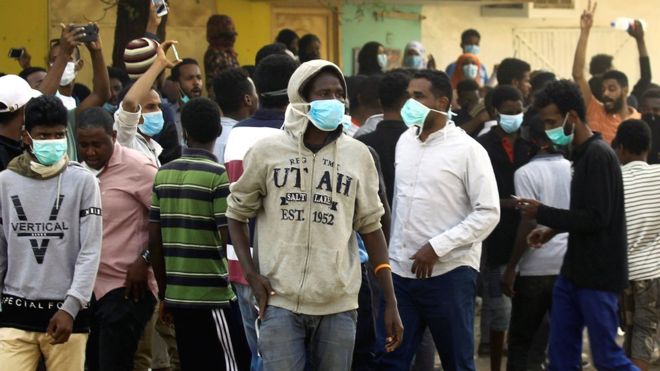 At least five protesters and an army officer were killed during gunfire by “unidentified assailants” on Monday at the sit-in held in front of the General Command of the Sudanese armed forces in central Khartoum, according to the Central Committee of Sudanese Doctors (CCSD).

The victims were shot in the head and chest, according to local reports. The shooting also injured 100 others who were protesting in the capital demanding a civilian government. Protesters said the army was responsible for the incident, but the military council blamed “unidentified elements.”

Sudan has been governed by a transitional military council since the overthrow of President Omar al-Bashir last month.

Demonstrators have been occupying the square in front of the army’s headquarters since 6 April, five days before the president was toppled by the military.

Sudan’s Rapid Support Forces said an unidentified group was plotting against the revolution especially after the stances of the military and the Declaration of Freedom and Change Forces (DFCF), the opposition groups’ umbrella body.

It comes after the agreement between the military and the DFCF on the “structure of power, functions, and authorities at the three levels including sovereignty, executive, and legislative powers during the transitional period.”

However, the military council’s spokesperson, Shamseddin Kabbashi, and Taha Osman Ishaq, spokesperson for the DFCF, did not give further details of the agreement.

The two sides said on Tuesday that they would continue further negotiations in order to decide the duration of the transitional period.

The protesters and the military have been in talks to determine whether an overall ruling council that would replace the existing army council — made up only of generals — should have a civilian or military majority.

Yemen: The little army that could