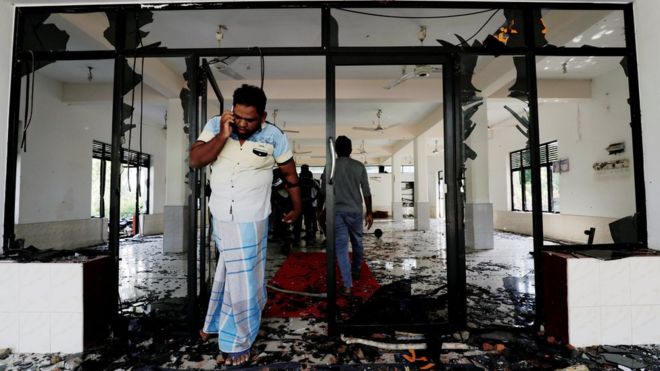 Sri Lanka has partly lifted a national curfew which was imposed on Monday after mobs attacked mosques, homes, and shops of the country’s Muslim minority, nearly three weeks since the deadly Easter Sunday bombings took place.

Authorities also temporarily blocked some social media websites such as Facebook and WhatsApp to prevent the circulation of “inflammatory posts.”

A 45-year-old Muslim has reportedly died of injuries sustained during the riots, according to AFP. Police responded to rioters with tear gas and fire shots in the air.

Sri Lanka’s Prime Minister, Ranil Wickremesinghe, condemned the violence against Muslims, who approximately make up 10% of the country’s population. “At several places in the north-western province, these groups created trouble and damaged property,” Wickremesinghe said in a televised statement.

Wickremesinghe added that those rioters aimed to “cause disruption in public life and destabilise the country.” However, he pledged that the authorities will not let this happen.

Early on 21 April, more than 350 people were killed in a series of Easter Sunday bombing attacks against churches and hotels in Siri Lanka. About 500 people were wounded.

ISIS claimed that attackers of the seven bombings were among the terrorist group’s fighters.

Siri Lanka officials believe that the bombing attacks came as a response to Christchurch attack which killed 50 Muslim worshipers while they were performing Friday prayers last March.

The country’s officials believe that the attackers studied in the UK and Australia before returning back to settle in Sir Lanka.