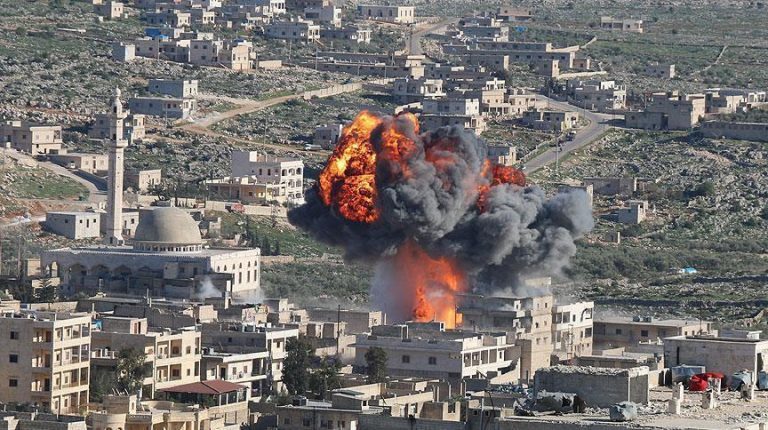 Syrian opposition forces launched a counter-offensive on Monday against the Syrian army in the northwest of Syria, in the last major stronghold controlled by opposition fighters in the country.

The Syrian regime and its allies are seeking to enter the northern province of Idlib after progress was made in the countryside of Hama in the past days. The opposition claimed a Russian air raid on Monday bombed a civil defence centre (White Helmets) in rural Idlib.

The United Kingdom, Germany, and France called for halting the renewed violence in north-western Syria which killed more than 120 civilians.

Over the past few days, the Syrian army, backed by Russian aircraft, have regained control of several sites and villages in the countryside of Hama. They have violently shelled the village of Habit and Khan Sheikhun in the southern countryside of the rebel-held Idlib in preparation for storming the province.

The Syrian army’s operations displaced more than 150,000 people in the highest escalation of the fight between President Bashar Al-Assad and his opposition since the last summer.

The fighting also hit parts of the buffer zone agreed upon in September under a Russian-Turkish agreement which spared the region and its three million inhabitants.

The Turkish army has established about 12 military positions in the region under the agreement with Russia.

Meanwhile, the Syrian state media said the army thwarted several attacks by militants in Hama, near Idlib, on Monday.