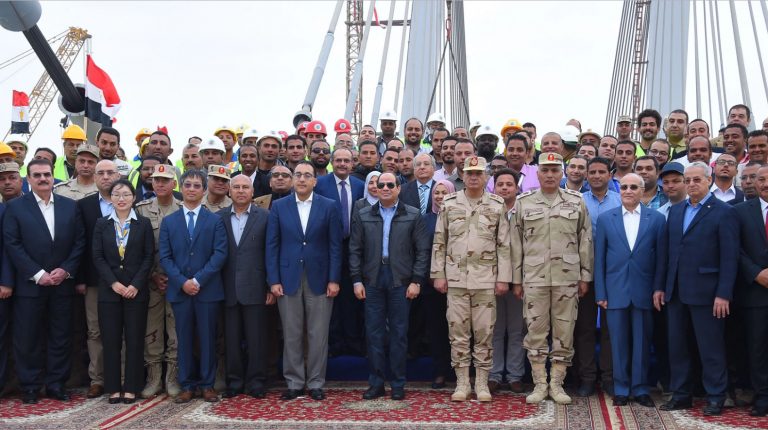 Al-Sisi said that the axis was finished earlier than scheduled. “According to the plan developed by the state we were supposed to be inaugurating the bridge after two or three months from now,” he said.

He added, “This axis will contribute to easing peoples’ lives and economic conditions.”

The Rod El-Farag axis will link areas in north, east, and west Cairo. The government said the bridge, which aims to ease traffic and reduce commuting time, is the widest bridge over a waterway.

During the opening, a documentary was broadcasted displaying the construction stages of the project and its strategic importance.

Egypt said that the bridge received on Wednesday a Guinness World Record certificate, which passes over the Nile, for being the widest suspension bridge in the world at a width of 67.36m.

Regional Director for the Guinness World Records in the Middle East and North Africa region, Talal Omar, handed over the certificate to President and CEO of Arab Contractors company, Mohamed Mohsen Salah.