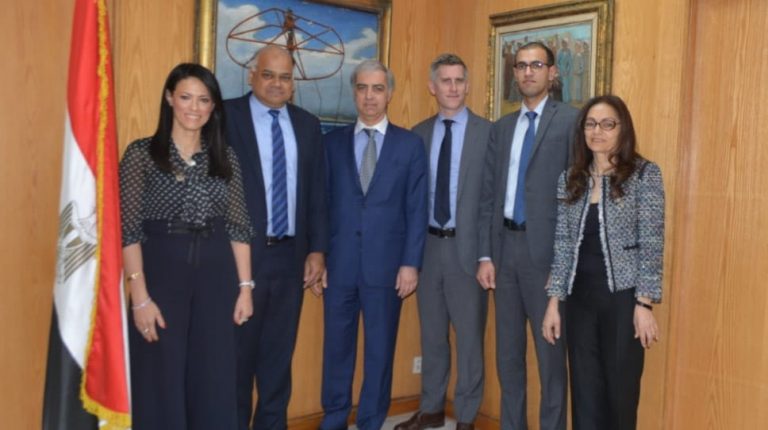 The International Monetary Fund (IMF) mission, headed by Subir Lall, praised Egypt’s tourism structural reform programme, describing it as a good model from which other countries could benefit.

This came during the Egyptian Minister of Tourism Rania Al-Mashat’s meeting with the IMF mission in Egypt.

Noteworthy, the IMF delegation is currently visiting Egypt to finalise the final review of Egypt’s economic reform programme, since Egypt has been implementing economic reforms as part of a three-year, $12bn loan programme agreed with the IMF in November 2016, including cuts to energy subsidies and floating the pound, as well as the introduction of a value-added tax.

During the meeting, Al-Mashat highlighted the importance of the tourism sector for the growth of countries’ economies, explaining that in Egypt the tourism sector contributes to providing job opportunities for more than three million people and represents 20% of the GDP.

In light of this importance, Al-Mashat noted that her ministry has launched a structural reform programme for the tourism sector in Egypt for the first time in November, in order to develop the tourism sector which brings together all partners with all concerned bodies at the levels of the government, parliament, private sector, and investors.

She also discussed the anticipated opening of the Grand Egyptian Museum (GEM) in 2020, stating that this project is considered as an important and significant project for Egypt.

The minister also pointed out the anticipated opening of the new Sphinx airport, which will be located near the GEM, explaining that this will be a great opportunity to diversify tourism programmes and mix cultural tourism with other tourist patterns, including beach tourism.

Finally, she asserted that there is substantial improvement in terms of Egypt’s tourist arrivals in 2018 and 2019, but she did not disclose the exact figures.