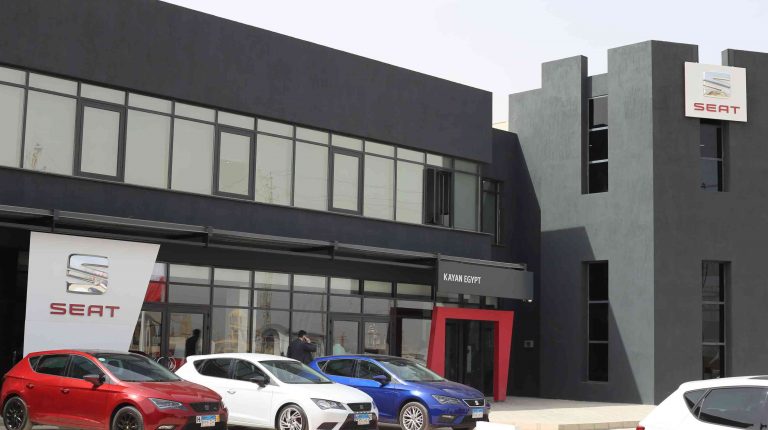 Kayan Egypt, the agent of Skoda and SEAT, won the best agent award for Spanish SEAT in 2018 during the annual “Commercial Day” celebration which was held in Barcelona in Spain last February. Noha El-Meligy, the manager of SEAT at Kayan Egypt, said that the parent company calls upon the agents of SEAT internationally to honour agents who managed to take successful steps whether in sales or after-sale services. She explained that Kayan won the award this year across 65 emerging markets in the world.

She pointed out that Kayan increased the sales of 2018 by 235% compared to the sales of 2017, which is the largest sale in markets. It also owns the best distribution networks of SEAT as well as a specialised service centre of the highest level similar to the ones in Spain.

What are SEAT’s plans regarding local car assembly?

Kayan thought about local assembling of one of the models. It chose Ateca, the SUV, especially since this category is witnessing significant growth in international car markets. Arona was not chosen because it was not launched in the Egyptian market at the time. The final decision regarding the models to be chosen for local assembling was not made this year. The decision is still under consideration and discussion as it is a very complex group and has more than one aspect.

The most important aspect and main goal of the local assembling project is exporting components from Egyptian factories to the Volkswagen group, especially that assembling itself is not very beneficial for the European brand which received custom exemptions earlier this year.

The parent company is currently evaluating the Egyptian factories in which the assembling will take place, and Kayan provided the parent company with a list of the proposed factories that already exist and do not take full advantage of their production capacity, in order to choose the most suitable ones and the model to be assembled. Its final decision will only be made after testing the specifications of the Egyptian components and finding out the extent of their conformity with international standards, and the knowledge of suppliers in Egypt, in addition to knowing the other companies which import components from Egypt.

What are the company’s target sales for the year? What models does the company plan to launch?

New models will be launched this year. Some were already launched earlier this year, including the Arona which appeared for the first time in the Automech Formula 2018 exhibition. However, the car actually entered the Egyptian market in January 2019, and it managed to achieve sales of 200 cars since entering the market until late February. The monthly share of SEAT Arona is stable and is distributed on nine distributors in Cairo, Alexandria, and Hurghada, which helped provide the car to clients in proper numbers, unlike the Ateca, which was produced in insufficient amounts.

Kayan Egypt will introduce the Tarraco model in the second half (H2) of this year, a multi-purpose vehicle with seven seats. It is expected that Kayan will import the car in July and it will be in the market before the Automech Formula 2019. 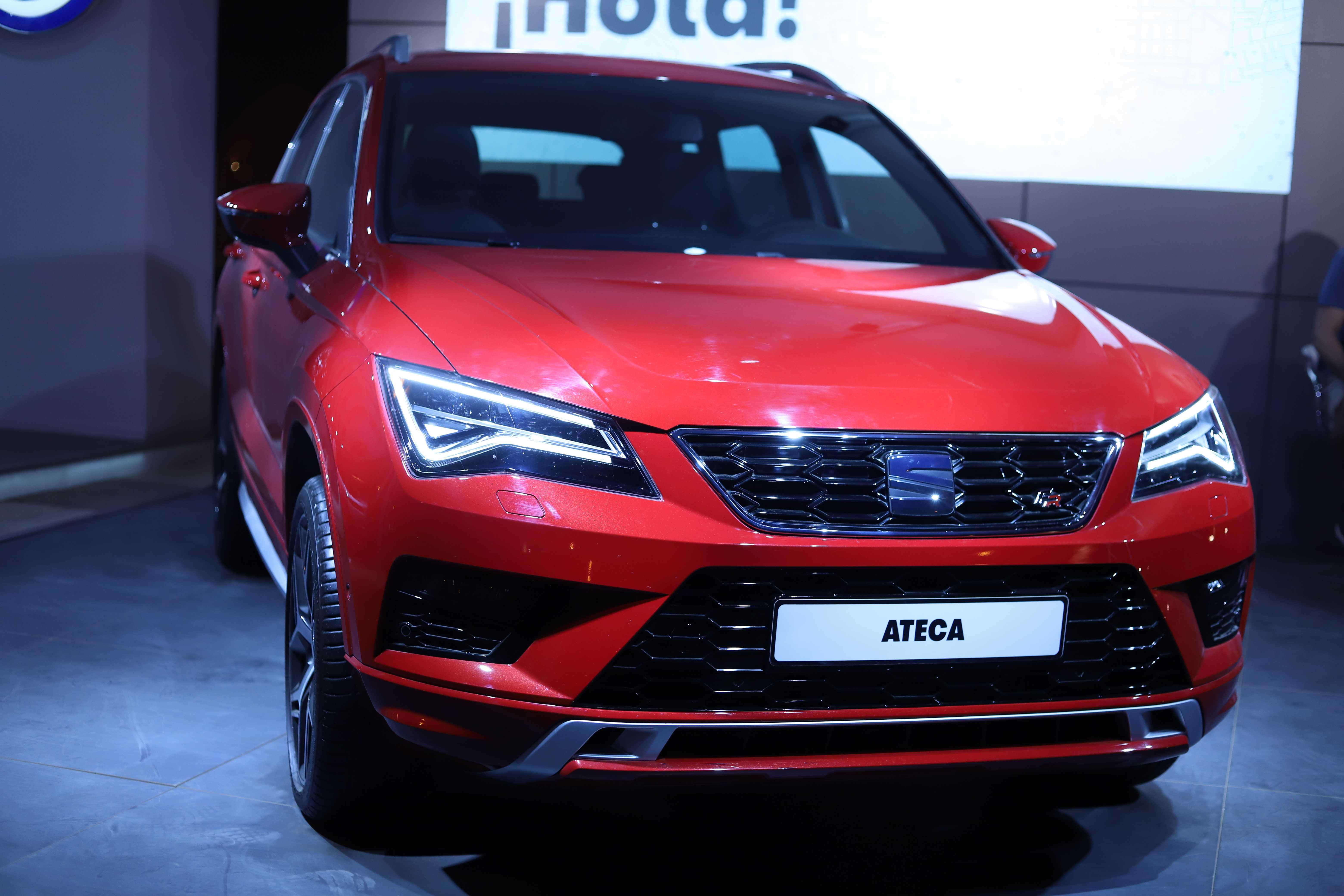 Regarding the sales of the Spanish brand, El-Meligy said that the January’s sales were high because clients refrained from buying cars starting from (H2) of November until last December. The buying was active again in January 2019. March also saw a large number of sales unlike February which saw a decline.

SEAT Arona, Ibiza, and Leon are the most sold cars, and the hatchback category is seeing great demand in the Egyptian market, as SEAT accounts for 42% of hatchback sales, and the demand has been great since the Automech Formula 2018. The sales of Ibiza reached 800 cars until now.

Kayan launched many activities in March, as it exhibited many car models in various locations. The Arona was in the Cairo Festival and the BUE and during Sham El-Nessim holidays and the company will display both cars in Gouna. SEAT is seeing great demand by clients, especially since Kayan offers them at competitive prices even before the elimination of custom fees on cars of a European origin. The proof is that 2,800 cars were sold in 2018.

Kayan has managed to improve its SEAT sales since it got its agency in 2013, as sales increased from 100 cars to 1,000 cars. Kayan targets selling 4,000 cars this year.

Does Kayan pay attention to Skoda at the expense of SEAT especially after Skoda opened service centres in Katameya, October, and Maadi in addition to the decline in the prices of Skoda after the elimination of custom fees?

El-Meligy confirmed that the management does not pay attention to one brand at the expense of another, but Skoda has a greater history than SEAT in the Egyptian market, and the client is more interested in Skoda because of its presence for a long time and the fact that it is a strong and competitive brand. The brand has been able to maintain its position until 2000, and Ibiza was the car for university students. The post-2000 generation did not know about SEAT’s history and success because it did not see it in the Egyptian streets. SEAT achieved the highest sales within the Volkswagen Group last year, ranking first with 2,800 car sales, followed by Volkswagen which achieved sale of 2,000 cars, while Skoda ranked third in the group’s sales.

Kayan exerts its best efforts to put SEAT in a proper place in the Egyptian market, starting from choosing the models to be launched in the Egyptian market to the international standards in terms of quality and performance. The company is working to provide cars with ideal specifications. For example, the Ateca has specifications that can be found in BMW and Mercedes-Benz. The company always seeks to provide luxury in various SEAT models. What is your decision regarding the agency of Cobra SUV in Egypt?

The Ateca Cobra which the company will launch at the Automech Formula exhibition, comes with a engine of a 300hp and a 2000cc litre capacity. Some changes were made to the exteriors of the car, in addition to a few changes to a number of the car’s internal elements.

With the elimination of custom fees on cars of a European origin, Cobra will see better sales in the Egyptian market as it is a strong SUV with clients who prefer it, just like Porsche clients of who prefer it over other cars. The car may not compete in terms of sales, but it will surely have its own clients which matters a lot to us.

Since the Leon Cobra was launched in the Automech Formula Exhibition – which was there only for display – the company received many demands, however, the car was not available at the time.

Kayan will be injecting investments for the new brand by opening factories especially for the car, however, no actual steps have been taken as yet because the company will first study the locations in which to hold the exhibition, as well as choose distributors and the model to be launched, as well as the specifications and exterior design.

The company will be establishing a centre specifically for that car given the low level of sales, however, it belongs to the Volkswagen Group so all of the company centres will be ready to receive and serve it. Additionally, there will be areas for the clients of Cobra in all maintenance workshops or exhibitions that belong to Kayan. 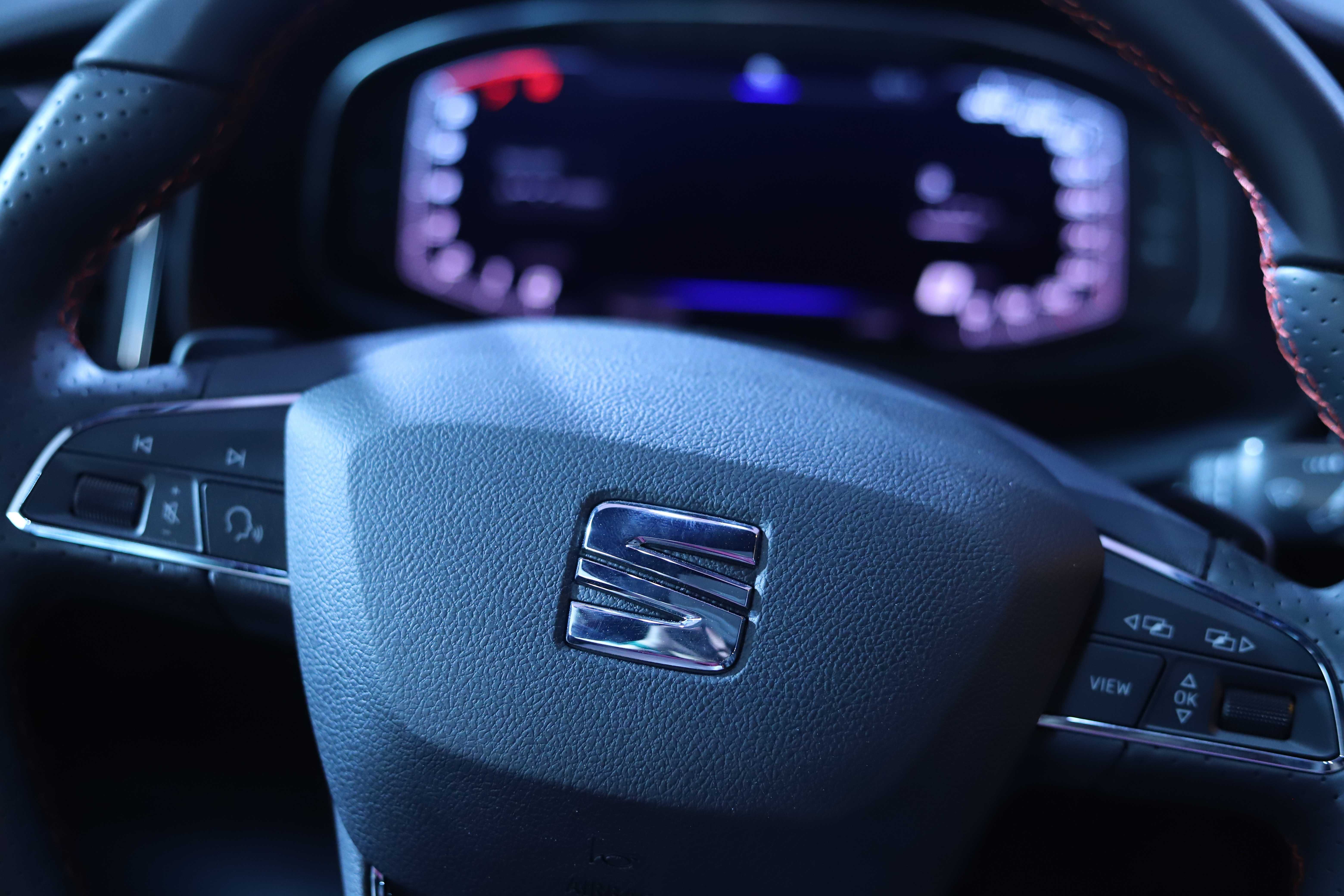 What does Kayan do to develop SEAT’s after-sale services in Egypt?

Kayan Egypt is always keen on offering integrated high-level services, not just in terms of the specifications of the car, but also in terms of competitive prices and after-sale services. The company has recently launched a campaign for the maintenance table of SEAT cars. The cost of the maintenance of the Ateca that has gone up to 10,000km is EGP 1,300.

Just like we try to apply a good pricing for the car, we also try to do the same when it comes to car maintenance in order to win the trust of clients.

Kayan has six authorised integrated service centres in Cairo, Alexandria, and Hurghada. It has four centres in Cairo, they are Zawam Group in Maadi, which is an integrated and exclusive car service centre. There is also the Al Sharqawi centre in Heliopolis, in addition to Egypt Automotive in Obour and Abu Rawash. There is also the Nour El Dein El Sherif centre in Alexandria and the Easy Way centre in Hurghada.

It is unlikely that service centres will expand, especially since the number of existing centres is enough for SEAT sales.

Regarding showrooms, the company has the Mohamed Zaky and Zawam showrooms. The company expanded this year by opening the “Arabeyat” showroom in Nasr City. It also aims to open a new showroom in Alexandria with the latest SEAT international design in the next two months.

Porsche opens all new service centre and releases the 2020 Cayenne

Porsche Egypt gears up for Egypt’s 1st Porsche facility that combines a showroom and service centre under one roof: Ibrahim Ghattas

Kayan: A quaint eatery in Zamalek