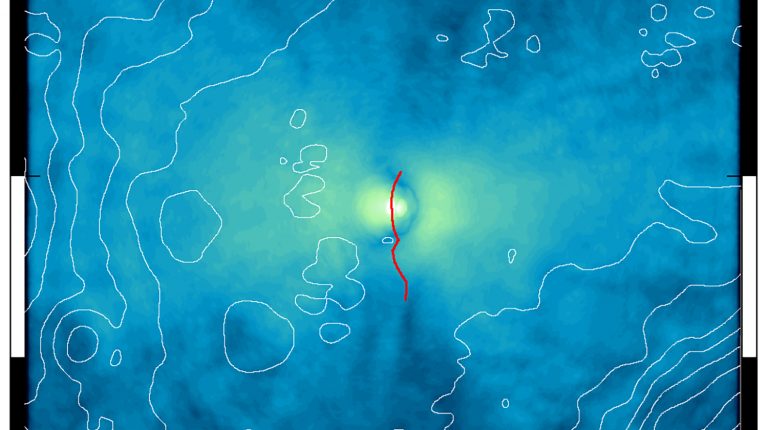 Some shallow moonquakes recorded during the Apollo programme were likely caused by tectonic activity, according to a paper published recently in Nature Geoscience.

The discovery of young faults less than 50m years old on the moon by the National Aeronautics and Space Administration’s (NASA) Lunar Reconnaissance Orbiter Camera (LROC) in 2010 has been interpreted as evidence of lunar tectonic activity. However, it is unclear how recent this activity is. In this study, scientists had analysed imagery taken by the LRO, and found that the moon shrivelled like a raisin as its interior cooled, leaving behind thousands of cliffs called thrust faults on the moon’s surface.

Findings of the paper suggest that the moon may still be shrinking today and actively producing moonquakes along these thrust faults.

The researchers designed a new algorithm to re-analyse seismic data from instruments placed by NASA’s Apollo missions in the 1960s and ’70s. Their analysis provided a more accurate epicentre location data for 28 moonquakes recorded from 1969 to 1977.

Subsequently, the team superimposed this location data onto the LRO imagery of the thrust faults. Based on the quakes’ proximity to the thrust faults, the researchers found that at least eight of the quakes likely resulted from true tectonic activity–the movement of crustal plates–along the thrust faults, rather than from asteroid impacts or rumblings deep within the moon’s interior.

Although the Apollo instruments recorded their last quake shortly before the instruments were retired in 1977, the researchers suggest that the moon is likely still experiencing quakes to this day.

During the Apollo 11, 12, 14, 15, and 16 missions, astronauts placed five seismometers on the moon’s surface. The Apollo 11 seismometer operated only for three weeks, but the four remaining instruments recorded 28 shallow moonquakes–the type produced by tectonic faults–from 1969 to 1977. On Earth, the quakes would have ranged in magnitude from about 2 to 5 degrees.

Using the revised location estimates from their new algorithm, the researchers found that the epicentres of eight of the 28 shallow quakes were within 19 miles of faults visible in the LRO images. This was close enough for the team to conclude that the faults likely caused the quakes. The researchers produced “shake maps” derived from models which predict where the strongest shakes should occur, given the size of the thrust faults.

The researchers also found that six of the eight quakes happened when the moon was at or near its apogee, the point in the moon’s orbit when it is farthest from Earth. This is where additional tidal stress from Earth’s gravity causes a peak in the total stress on the moon’s crust, making slippage along the thrust faults more likely. 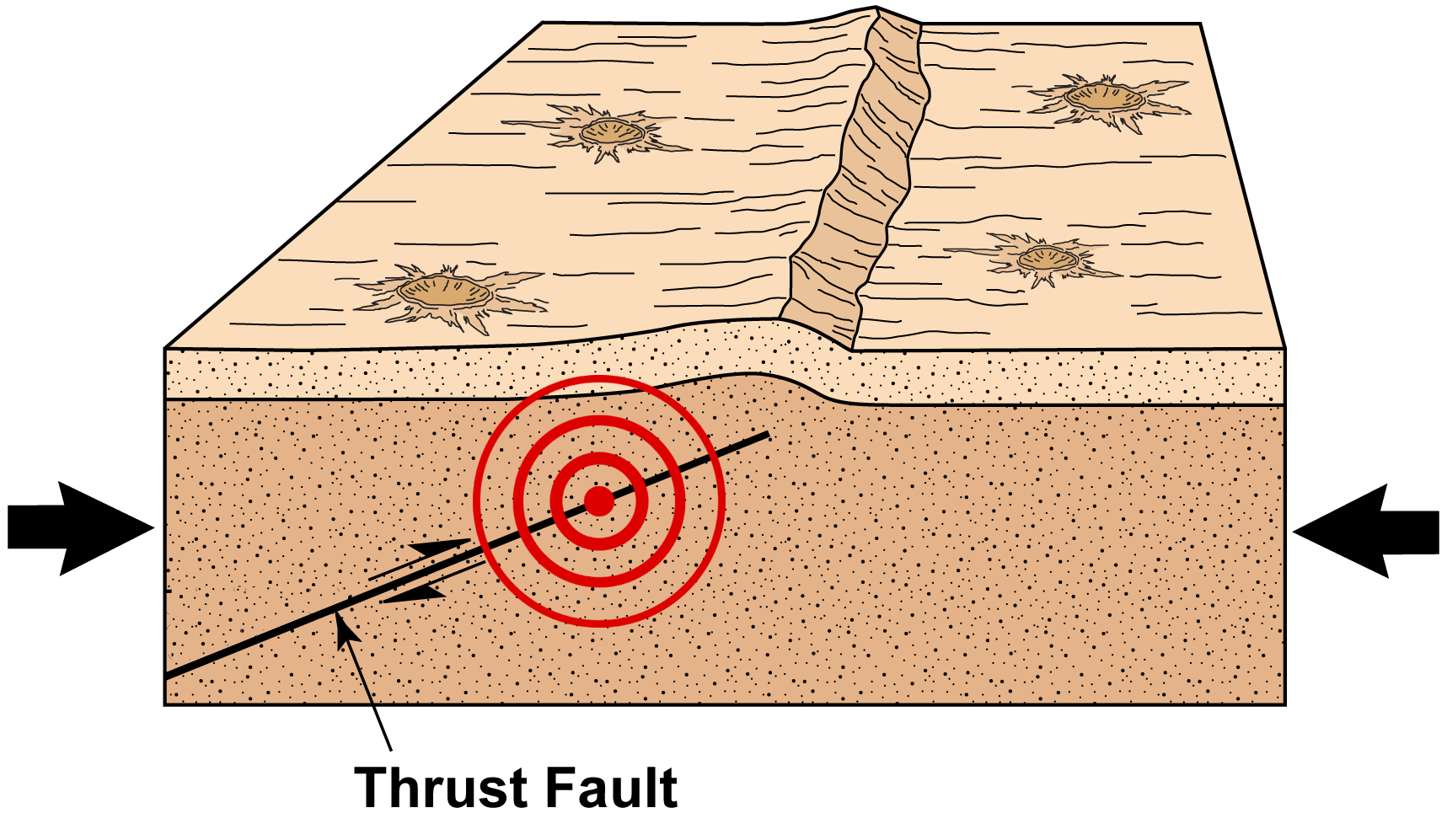 Much as a grape wrinkles as it dries to become a raisin, the moon also wrinkles as its interior cools and shrinks. Unlike the flexible skin on a grape, however, the moon’s crust is brittle, causing it to break as the interior shrinks. This breakage results in thrust faults, where one section of crust is pushed up over an adjacent section. These faults resemble small stair-shaped cliffs, or scarps, when seen from the lunar surface; each is roughly tens of yards high and a few miles long.

The LRO has imaged more than 3,500 fault scarps on the moon since it began operation in 2009. Some of these images show landslides or boulders at the bottom of relatively bright patches on the slopes of fault scarps or nearby terrain. Because weathering gradually darkens material on the lunar surface, brighter areas indicate regions that are freshly exposed by an event such as a moonquake.

Other LRO fault images show fresh tracks from boulder falls, suggesting that quakes sent these boulders rolling down their cliff slopes. Such tracks would be erased relatively quickly, in terms of geologic time, by the constant rain of micrometeoroid impacts on the moon. With nearly a decade of the LRO imagery already available and more on the way in the coming years, the team would like to compare pictures of specific fault regions from different times to look for fresh evidence of recent moonquakes.

“We established links between some of the shallow moonquakes detected by the Apollo seismometers between 1969 and 1977 to young fault scarps that have been identified in the LROC high resolution images,” said Thomas Watters from the Smithsonian Institution, Washington, and co-author of the study.

He added to Daily News Egypt that this connection indicates that the Apollo seismometers detected slip events on the young faults and that means these are currently active faults on the moon. According to Watters, the analysis of the Apollo seismic data and determining if the young fault scarps were the sources of some of the shallow moonquakes took the authors a couple of years.  The detection of what we now know to be several thousand young fault scarps has been ongoing since the start of the LRO mission in June of 2009.

Because the Apollo seismic network of four seismometers, all located on the lunar nearside, was not ideal the location of the shallow moonquakes, their epicentres were very known with enough accuracy to make comparisons with the locations the young fault scarps.

“We applied a relatively new algorithm designed for sparse seismic networks like the Apollo seismic network to improve the accuracy of their locations,” he said.

He further explained “now that we have established likely sources for the shallow moonquakes, we need to be mindful of the locations of the thousands of young fault scarps when considering plans for future exploration and establishing a long-term human presence on the moon.”

The team plans to look for evidence of change on and around these young fault scarps from seismic activity that has occurred during the period the LRO has been in orbit using temporal images pairs.

Opinion: On UK ‘Brexit,’ Obama is thinking US – not EU