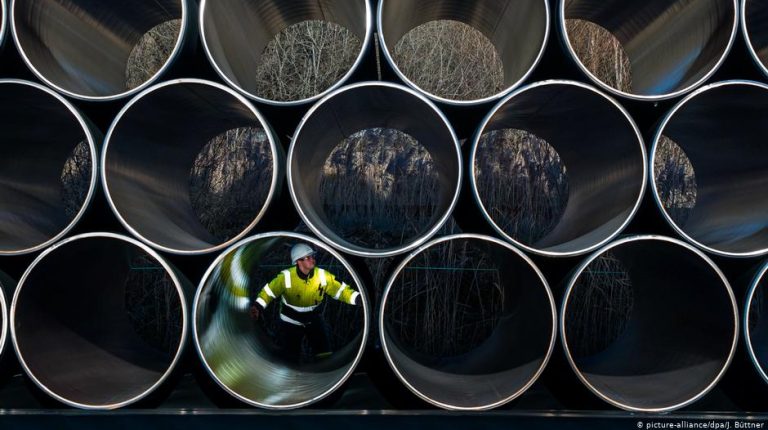 Some EU states believe US gas exports are good but those of Russia less so. What happens if prices dictate US exports to go elsewhere? At the European Economic Forum this was controversially discussed, says Jo Harper."With the market prices for contracts recently signed by the Polish oil and gas company PGNiG, so far so good," Poland’s energy minister Piotr Naimski told an audience at the European Economic Forum in Katowice, Poland, this week, just to add. "But price competition could also be an obstacle." If US producers would find a better market for their LNG, he went on, Europe would be "left waiting."

Poland has recently announced that the country's gas company PGNiG signed a 20-year deal for liquefied natural gas (LNG) deliveries from the US and that it will be spending €200 million ($229 million) buying into a long-term project to deliver gas from Norway. Warsaw also said it would not be extending its 22-year gas deal with Russian gas firm Gazprom in 2022.

Based in Swinoujscie in northwestern Poland, Warsaw's great gas import hope is an LNG terminal operated by Polskie LNG, a subsidiary of Poland's gas transmission system operator Gaz-System. The terminal's regasification capacity is 5 billion cubic meters (bcm) per year, and Polskie LNG plans to increase it to 7.5 bcm, which would satisfy around 40% of Poland's annual gas demand.

Meanwhile, the Russian-led consortium building the Nord Stream 2 gas pipeline from Russia to Europe has said it still expects to finish the pipeline by the end of 2019, despite permits pending in Denmark and new EU rules that may change its operational model.

As a result, the European gas market would experience stronger competition, Piotr Naimski said, which in the case of Poland would be between between LNG shipped from the US and pipeline gas from Russia. "This is fine, but this scenario could also be problematic and touches another angle, namely do we want a market-based energy market and secure supply if they are not the same thing," he added.

Win-win?
Others are more sanguine. "LNG is a Transatlantic success story. A perfect match between the US situation and EU needs. It's a win-win," said Dominique Ristori, director general for energy affairs at the European Commission."Energy security is the first dimension and obviously diversification is the key to solve this issue," Ristori went on.

Colin Cleary, the director for energy diplomacy for Europe at the US State Department’s bureau for energy resources agrees, stressing that greater competion in the European gas market would prevent the dominance of "monopolistic forces."

"We are aware of 2006/9 cutoffs [to gas in Ukraine]. The threat exists to use energy as a weapon. Ukraine is not an abstraction, but actual. The US has only been exporting for 3 years and this is strictly private sector, with volumes increasing, costs will fall."

The €11-billion ($12-billion) project to build a second underwater pipeline through the Baltic Sea from Russia to Germany has come under attack from Washington and several eastern European and Nordic countries because they fear a stronger EU dependency on Russian gas. Moreover, they are critical of the the pipeline's fallout for Ukraine which would likely loose $3 billion in annual transit fees for Russian gas.

While Poland, Romania, the Baltic states, as well as Ukraine, are all opposed to Nord Stream 2, some pro-Russian eastern members of the EU, including Bulgaria and Hungary, see no problem with the pipeline. Under recent EU amendments, ownership of gas transmission infrastructure must be separate from that of the commodity itself. However, Germany — whose firms are heavily invested in the project — sought to exempt Nord Stream 2 from those rules.

From the very beginning, the German government seemingly underestimated the geopolitical dimension of the gas pipeline project and the damage it could do to its image. The Berlin-based Policy Journal wrote recently: "Its support for Nord Stream 2 demonstrates how the German government puts the national interest ahead of European and international strategic questions, thereby hurting its credibility in the long term."

Berlin has claimed for years that the pipeline was a purely commercial endeavor. But then in April 2018, at a meeting with former Ukrainian president Petro Poroshenko, Chancellor Angela Merkel recognized for the first time that the political factors surrounding Nord Stream 2 also had to be taken into account.

"Something has changed," Peter Beyer, the German government’s coordinator for Transatlantic relations, told DW. He attributes the mood shift on the project as much to concern about leaving EU allies out in the cold as with Russia’s recent maneuvers. Merkel’s government may have to adjust to the demands of those taking a harder line on Nord Stream, he thinks.

For Klaus-Dieter Borchardt, a senior energy official at the European Commission, it's "a fact" that the project's deadlines will slip, which will force Russia to negotiate with Ukraine on continuing to pump some gas via Ukraine. "This is something that will bring the Russian side to the table," Borchardt told DW, adding that he expected "some years of delay" which could give the Commission a "trump card" in negotiations with Russia.

At the moment, the EU is mediating talks between Moscow and Kyiv to agree terms for gas transits to Europe after their contract expires at the end of this year. While the pipeline consortium is led by Gazprom, some 50% of the funding is provided by Germany’s Uniper and BASF’s Wintershall unit, along with Anglo-Dutch firm Shell, Austria’s OMV and France’s Engie.

Any delay might mean the Russian gas giant has to use Ukraine to meet its contractual obligations to EU customers until the Baltic Sea pipeline is ready.