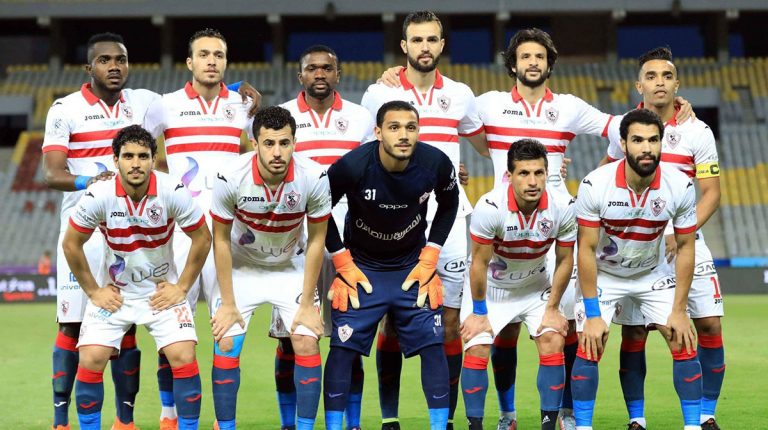 Zamalek will travel to Morocco on Thursday to play the first leg of the CAF Confederation Cup final against RS Berkane scheduled for Sunday.

Over the past two days, Zamalek’s coach Christian Gross has trained his players on re-positioning themselves inside the pitch according to the Moroccan team’s usual formations. He also gave strict defence duties to right back Hamdi Nagguez and midfielder Abdallah Gomaa.

Some media reports ruled out that the team’s third-choice goalkeeper Omar Salah can travel with Zamalek to Morocco due to conscription.

“Salah has the right to travel and has no problem with conscription,” Ayman Hafez, Zamalek’s football supervisor, said. He noted that Salah has previously travelled with Zamalek to Tunisia for the semi-finals.

The Whites have defeated Étoile du Sahel 1-0 on aggregate in the semi-finals. In the dying moments of the game, goalkeeper Mahmoud Gennesh received a second yellow card and was sent off, with the club’s forward Omar El-Said being forced to replace him between the sticks.

This meant that Gennesh will miss the first-leg of the final, with his replacement being Emad El-Sayed, whose last appearance for the Whites came in Zamalek’s 4-1 victory over Misr El-Makkasa last January.

To add insult to injury, El-Sayed sustained an injury in the Sunday league game against El Dakhleya, which means that Salah will be the only goalkeeper left.

Omar El-Said and Mohamed Alaa was trained for goalkeeping in case of any emergency.

Gross will likely rely on the Moroccan forward Khalid Boutaïb in the coming game against RS Berkane, given that he is familiar with Moroccan teams.