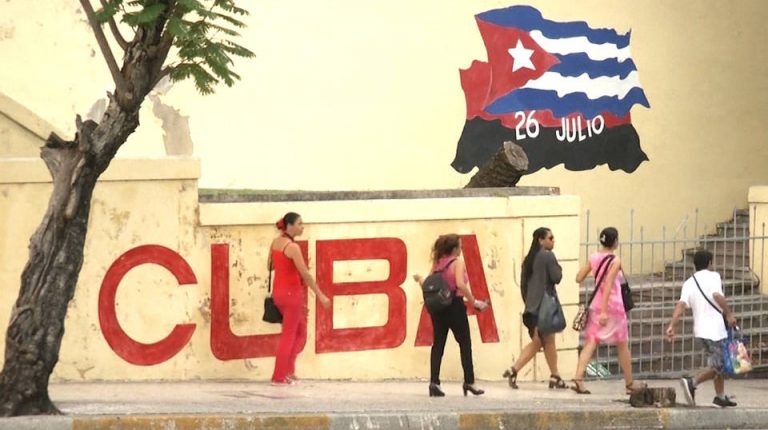 The Trump administration recently decided to allow Cuban-American immigrants to sue the Cuban government for property confiscated from them after Fidel Castro took power in 1959. The administration is also limiting the amount of money that Cuban Americans can send to their relatives on the island, as well as the frequency of transactions. These are erroneous decisions which will only increase the suffering of Cuban people, and unnecessarily increase the antagonism between Cuba and the US government.

“The only way to get property claimants what they deserve is through diplomatic negotiations, which President Trump just threw off the table,” wrote in a statement James Williams, president of Engage Cuba, a Washington-based advocacy group which is working to lift the embargo on Cuba. At the same time, limiting remittances to the island will only increase the suffering of Cubans who largely depend on the financial aid from their relatives in the US.

Shortly after President Trump announced his decision allowing US lawsuits, the European Union and Canada issued a joint warning against the US, “The EU and Canada consider the extraterritorial application of unilateral Cuba-related measures contrary to international law,” declared EU’s Foreign Affairs Chief Federica Mogherini and Trade Commissioner Cecilia Malmstrom, in a statement also signed by Canada’s Foreign Minister Chrystia Freeland. They also warned US Secretary of State Mike Pompeo that enforcement of these measures would lead to reprisals in Europe.

In repeated public health-related visits to Cuba I got a first-hand sense of the problems besieging Cuban society: the need for foreign money, the oppressive nature of the regime, and the dissatisfaction of the country’s youth. These impressions were also confirmed during a visit to the island when I headed a UN mission to assess the progress of Cuban scientists in developing interferon, an antiviral substance.

Highlighting the Cuban government’s shortcomings does not disregard its achievements. During one of my visits to that country, I met Fidel Castro. Although we did not raise any political issues in our conversation, I was able to assess his enormous interest in — and knowledge of — health issues and the value of education. His interest and knowledge underlie the Cuban government’s accomplishments in health and education.

Cuba, for all its other faults and drawbacks, is at the forefront in both fields when compared to other Latin American countries. And in some areas, it is on par with the US. This progress, however, has been hindered by the unnecessary and ineffective embargo against the country, a situation that has cost the US materially. In addition, the embargo has hurt the US prestige among Latin American governments, which consider it a violation of a fellow Latin nation’s rights and sovereignty.

There is no doubt that political pressure from the powerful Cuban exile community in Florida has been an important factor in maintaining the US embargo. However, the descendants of that immigrant generation have now a more nuanced view of the Cuban regime. In particular, they have seen the damage caused by decades of antagonism between both countries — and are eager for friendlier relations between them.

While Cubans have always been clear about their admiration for the American people — which I have observed first hand during my visits to the island — the embargo has fostered more hate and mistrust of the US government than toward the Cuban government among Cubans.

These new measures may prove harmful also to the US, “Trump and his ideologically-driven national security advisors are pushing Cuba into the arms of China and Russia. At the same time, Trump’s Cuba policy increases the risk of a humanitarian crisis by creating conditions for mass migration from an island just 90 miles (144 km) from Florida shores,” wrote recently Rebecca Bill Chavez, former deputy assistant secretary of defence for Western Hemisphere affairs under Obama.

If repeated votes in the UN General Assembly are a test, no country in the world currently supports the embargo. Rather than strengthening it, the US should ease and eventually lift the embargo. This should be followed by an intense exchange of scientists, doctors, artists, and ordinary citizens. The effect would be dramatic in neutralising the atmosphere of antagonism between Cuba and the US, at a time when the world desperately needs this kind of action.