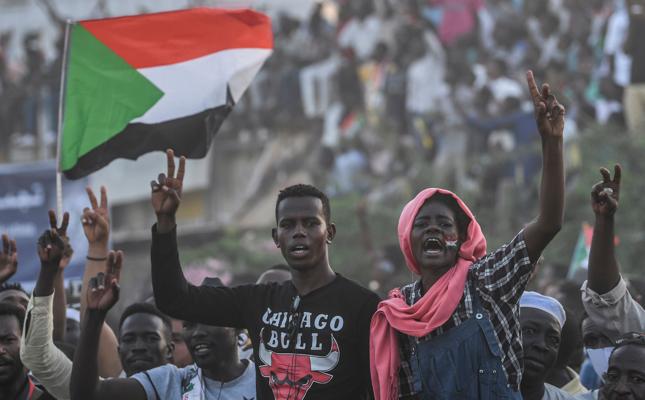 A United Nations human rights expert, Aristide Nononsi, has condemned reports of excessive use of violence this week against protesters seeking a civilian-led transition in Sudan. Reports said at least six people were killed and about 100 were injured.

On 13 May, reports indicated unidentified forces allegedly wearing the uniforms of the Rapid Support Forces used live ammunition at protests in Khartoum, killing six people including an army officer. Two days later, reports said Rapid Support Forces fired live ammunition at protesters trying to prevent the removal of roadblocks to clear the way in front of the General Command of the Sudanese armed forces in central Khartoum.

The victims were shot in the head and chest, according to local reports. The shooting also injured 100 others who were protesting in the capital demanding a civilian government, according to the Central Committee of Sudanese Doctors.

Protesters said the army was responsible for the incident, but the military council blamed “unidentified elements.”

While the Transitional Military Council and the Declaration of Freedom and Change Forces opposition alliance announced progress toward an arrangement for the transitional period on 14 May, their talks were suspended following the violence on 15 May.

Nononsi, called on the Transitional Military Council to uphold its responsibility to provide protection for peaceful protesters all over Sudan, allowing them to express their views and concerns on the future of their country through peaceful means. He also urged the Declaration of Freedom and Change Forces to also take appropriate measures in order to ensure peaceful protests and prevent provocative actions during protests.

Furthermore, Nononsi welcomed the Transitional Military Council’s announcement on 13 May on the establishment of an investigative committee into the recent violence.

“The authorities must conduct thorough, independent, and impartial investigations into the reported killings and use of force against protesters that occurred since the start of the protests on 19 December 2018, to ensure perpetrators are brought to justice,” he said.

“I strongly urge the Sudanese military and security forces to exercise the utmost restraint to avoid further escalation of violence and to take immediate measures to protect the constitutional rights of the Sudanese people,” Nononsi continued.

The UN expert called on the two sides to resume talks and speed up the process on the transitional period arrangements to ensure a smooth transfer of power to a civilian-led transitional authority within the 60-day deadline as per the African Union peace and security council communiqué issued on 30 April 2019.

The UN expert expressed his readiness to cooperate with all parties to help establish a state where the legitimate demands of the Sudanese people are taken into account, human rights are respected, and the rule of law is upheld.