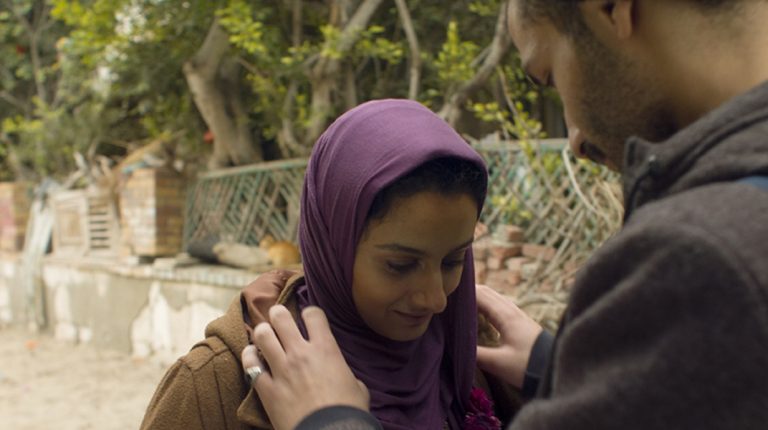 The Egyptian short film Fakh (The Trap) has been screened at the 58th Critics Weeks (La Semaine de la Critique), a segment of the 72nd edition of the Cannes International Film Festival.

The film is directed by the Egyptian filmmaker Nada Riyadh.

In Fakh, we gasp for air, not only because of the weight of Egyptian society, but also from the lovers’ embrace. It is the apocalyptic end of a relationship, not unlike the decrepit seaside resort and the rat-infested flat the couple inhabit.

With her ruthless documentary-style direction, what Riyadh actually wants is to convey their last tremors and contradictions: “I wanted to question our propensity to demonise the abuser and victimise the abused. I believe they both lose and grab control every time.”

Riyadh is an Egyptian screenwriter and director. Her debut documentary film (Happily Ever After) premiered at the IDFA in 2016, and was later screened in more than 20 international film festivals. Her work mainly focuses on exploring the depth and complexity of the human psyche and relationships through the visual medium. Fakh is her second short film.

Created in 1962 by the French Union of Film Critics as a parallel section of the Cannes Film Festival, La Semaine de la Critique focuses on discovering new talents, revealing first and second feature films. Today the union is composed of 244 members, who give their awards for cinema, television, DVD/Blu-ray releases, and literary works. They also take part in numerous festival juries whose deliberations are public, such as Arras, Bordeaux, Biarritz, Poitiers, Toulouse, Trouville, and Paris.