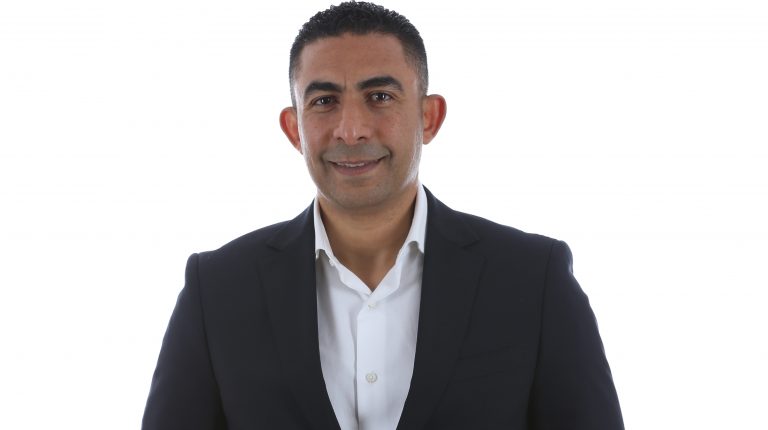 Barakat noted that Thales had a longstanding track record of providing fully integrated solutions for Cairo’s Metro since the implementation of the first line (Line 1) in the late 1980’s. Since then, the group has been awarded several contracts for the manufacturing, supply, building and maintenance of the Automatic Fare Collection system of Lines 1 and 2 of the Greater Cairo metro.

Daily News Egypt interviewed Barakat to discuss the company’s strategy in the Egyptian market, the transcript for which is below, lightly edited for clarity:

How do you see Egypt’s current ICT Strategy?

Egypt’s information and communications technology (ICT) has recently risen in Egypt, with the adoption of President Abdel Fattah Al-Sisi of the national strategy of artificial intelligence (AI), which would turn Egypt into a regional centre for digital technology and AI, especially in light of Egypt’s success in building a giant network of modern infrastructure and roads. In addition, this technological renaissance prepares for the development of urban communities according to smart cities technology.

What is the size of AI in Egypt and in the world?

With the increasing regional trends to rely on digital economy, investment in AI will play an important role in enhancing the regional strategic position and its investments will reach more than $320bn by 2030. With Egypt’s interest in the national strategy of the President Al-Sisi in this field, AI techniques in Egypt in particular may reach more than $40bn.

Do you think that Egypt is eligible for being a regional centre for digital technology and AI?

Egypt has begun to develop its technological infrastructure for years, through modernising its transport networks to include railways, metro, main and interior roads, and airports.

The development processes that Egypt has witnessed during the past five years made it one of the most important countries in the Middle East and Africa region as an investment target for many companies in various fields. The investments of Thales in the last five years exceeded the size of its activities of what it has done over the past 35 years.

What are the fields of cooperation between Egypt and Thales?

There is great cooperation between the Egyptian government and Thales in infrastructure fields, namely depending on the most sophisticated technology in train and railway signals, early warning systems for accidents, and communication networks between trains and metro lines.

Egypt is one of the very few countries in which the company is present in all the activities it operates in. It includes fields of road transport through the development and modernisation of railway systems, metro and space lines through cooperation with Nilesat-the Egyptian Satellite Company- in addition to the development of defence systems, technological insurance, digital identity and navigation.

The company has been in the Egyptian market since 1973, in several areas, most notably transport, which is the development and modernisation of the first and second metro lines, in addition to, the third Imbaba line-Cairo airport, where the company provides monitoring and signal systems, network communication between trains, ticketing technology, money collection, and electronic gates.

Do you plan to increase your business in Egypt?

The company seeks more cooperation with the Egyptian government in the light of the recent economic reform processes and the great economic activity reflected in the form of huge megaprojects in various fields, including giant road networks and new cities such as the New Administrative Capital (NAC), New Alamein, New Mansoura and new airports, according to the latest technologies, which led the company to double its investments in the Egyptian market, over the next few years.

Over and above, Thales is keen on further cooperation with the Egyptian government in its quest for digital transformation, AI and cyber security in light of the promising opportunities that Egypt has in the areas of smart cities, electronic payment, and the modernisation of education.

What is the value of the company’s spending on R&D?

The volume of the company’s spending in the field of technological research during the four years has reached $7bn, increasing its ability to transfer the best technologies in various fields to the promising Egyptian market.

What are recent projects the company committed in Egypt?

The National Authority of Tunnels (NAT) chose Thales to supply a contactless fare collection system as well as an integrated supervision and communication system for various phases of Line 3.  Thales also won a contract from the Egyptian National Railways for the modernisation of the signalling systems on the Cairo-Alexandria corridor, which is the busiest section of the Egyptian Railways network. It was the first contract issued with a company under Egypt’s modernisation plan.

The company also contracted with the Egyptian government to develop and modernise the railway lines of Cairo-Benha which transfer about 25-30 million passengers annually and the Assiut-Nagaa Hammadi, where the company implements the latest technologies in the world in the field of control towers, communications, signals, and electric sliders insurance. We are working hard to accelerate the completion of these projects as soon as possible. We do about 95% of the railways’ development in Egypt.

Additionally, the company also provides, through agreements with the ministry of civil aviation, systems for observation towers and aircraft landing and take-off systems, according to the latest technologies in the world. In addition, Thales provides technology for banks through the online payment and e-commerce technology, as we work with about 80% of Egyptian banks to provide them with secure banking and bank card security systems.

The TransCity™ solution, which uses Web 2.0 technologies secured by Thales, offers the best guarantees for the management of Cairo’s fare collection system. It supervises all data generated across the existing network and will accommodate future network evolutions and extensions.

Thales provides sensors and communications for the four Gowind Corvettes purchased in 2014 by the Egyptian naval forces. In 2015, Egypt purchased 24 Rafale with Thales equipment representing 25% of the total value of the contract, while Thales equipment also represents 20% of the value of the contract for the FREMM multi-mission frigate which was purchased by the Egyptian navy. In the aerospace sector, the group has supplied radars, control centres, and navigation aids for Egypt’s civil aviation authorities since the 1980’s.

Contributing to enhanced security, Thales has equipped the Electronic Exchange with solutions to secure Cairo and Alexandria’s trading systems.

What kind of cooperation with Egypt exists in the field of space?

Egypt is one of the most advanced countries in the field of space technologies in the Middle East and North Africa region.  Moreover, the company has signed an agreement with the Nilesat- thee Egyptian Satellite Company to develop NileSat-201, associated services, and ground stations to provide direct digital TV services to homes, broadcasting and high-speed data services for users in North Africa and the Middle East, including the GCC region.

Do you plan to have or launch business in Egypt’s megaprojects such as the NAC and its monorail or electric train?

We are looking forward to working in Egypt in all the specialised fields and in new smart cities which have been launched recently by the Egyptian government.

As a new country director- Egypt at Thales International, what are your main priorities regarding Egypt?

I’m keen on transforming Egypt to become a regional hub for the provision of technical support for the company’s services in the region,.