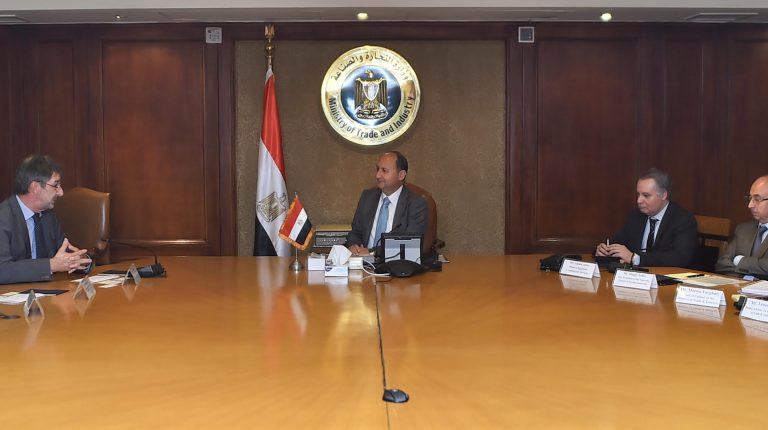 The Minister of Trade and Industry, Amr Nassar, held an extensive meeting with representatives of Germany’s Messe Frankfurt (Frankfurt Trade Fair), headed by Uwe Behm, a member of the organisation’s board of directors, to review their plan to establish an international trade fair for textile industries in Egypt in the coming period.

The minister said that the meeting dealt with the Messe Frankfurt’s plan to establish an international trade fair for the first time in Egypt, which focuses on all textile industries.

He continued that the exhibition will be an important platform for exporters and importers from all over the world, giving them the chance to exchange experience and views in the field of textile industry, in addition to signing business deals that will benefit all the parties.

Nassar explained that the establishment of this exhibition comes in line with the government’s plan to make Egypt a strategic commercial hub serving the Middle East region and the African continent.

For his part, Behm stated that the Frankfurt Trade Fair has been cooperating with Egypt for nearly 100 years in the field of organising exhibitions and conferences.

“We are seeking to establish this great exhibition in Egypt due to its geographical location as well as being a bastion of the textile and cotton industry in the Middle East,” he explained.

Behm noted that the Frankfurt Trade Fair seeks to get all the needed information in order to prepare the required studies for establishing this exhibition.

Furthermore, Behm pointed out that the Frankfurt Trade Fair is also seeking to hold meetings and workshops with the concerned authorities in Egypt, in both the governmental or private sector, in order to take the necessary measures to hold this important exhibition.