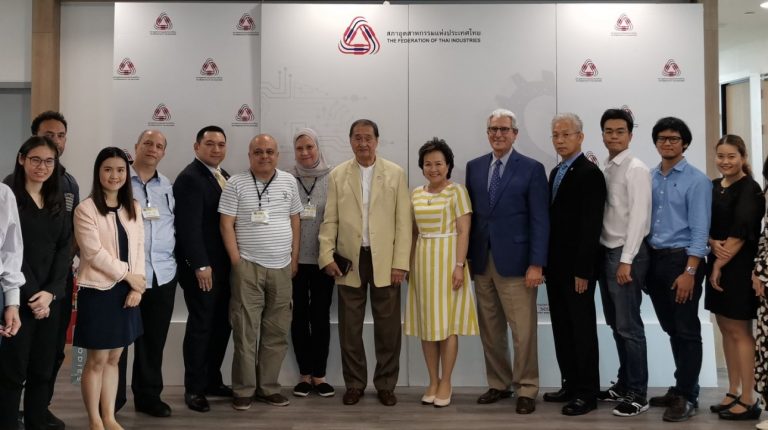 The Egyptian Business Association (EBA) and the commercial affairs office of Thailand’s embassy in Cairo organised an official visit to Thailand for the Egyptian side of the Thai Egyptian Business Council (TEBC) on the sidelines of the Style Bangkok Fair 2019 held from 17 to 21 April.

The Style Bangkok Fair is an international trade fair which offers all sorts of lifestyle products, gathering the latest products that shape tomorrow’s trends from gifts, home decor, household products, furniture, to fashion and more. The fair is biannually held in April and October, according to the Thai embassy in Egypt.

The Egyptian delegation has met the Federation of Thai Industries (FTI) in order to discuss channels of cooperation between Thailand and Egypt in different sectors especially since Egypt has opened wide the door for foreign partners to have a hand in its promising economic reform programme.

The meeting reviewed ideas about environmentally friendly sectors, such as renewable energy and smart farming, as well as highlighting the potential in Egypt. The Egyptian side outlined some potential sectors which could be fruitful for both sides such as agriculture and agri-food, fisheries and furniture, to benefit from the Thai experience in these fields.

Both sides have asserted the significance of holding regular visits to update means of cooperation between the two countries through frequently organising business matching, business networking, and business trips between the two sides.

The Egyptian delegation had the chance to visit the Style Bangkok Fair and surveyed its different pavilions representing abundant products and sectors. They paid tribute to the exhibits as all represent a potential for the Egyptian market especially since they are all characterised by good quality and reasonable prices, and some deals between Thai and Egyptian companies have been concluded during the fair, in addition to negotiations for future deals.

Egypt is considered as a significant strategic partner to Thailand in North Africa. In 2018, trade volume between the two countries reached approximately $100m. Major Thai exports to Egypt are prepared or preserved fish, motor cars parts and accessories, and rubber products while major Egyptian exports to Thailand are natural gas, iron and steel, and electrical machinery. All indicators signal a substantial expansion of trade prospect between the two countries over coming years. The service sector is also considered one of the prospective potentials between Thailand and Egypt especially tourism, construction, and health care.