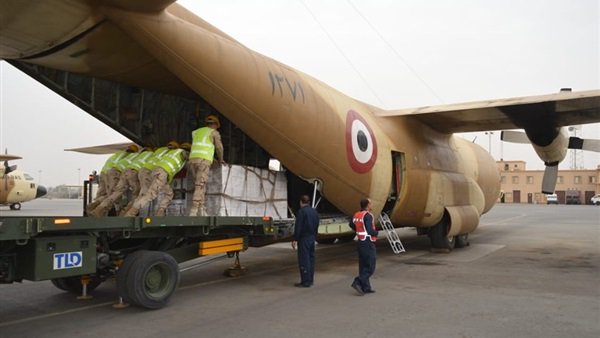 A second Egyptian military plane carrying medical aid arrived in Lilongwe, Malawi on Saturday to support the health sector after a cyclone hit the country, according to a statement by the Egyptian foreign ministry.

The ministry said that the second shipment comes as a continuation of the Egyptian aid being sent to Malawi to help “relieve the conditions of those affected by the cyclone”.

Last Wednesday, Egypt sent the first shipment of humanitarian aid, including food and medical supplies, to the south-eastern African country.

The step came as part of a decision announced by the ministry earlier this month to send emergency aid to the three southern African countries.

The ministry noted that it coordinated with the Egyptian armed forces to secure foodstuffs and medicine to be sent in aid to Zimbabwe, Mozambique, and Malawi.

Egyptian ambassador to Malawi, Hassan Shawqy, stressed Egypt’s solidarity with Malawi and its commitment to helping it.

The Egyptian ambassador, Malawian Minister of Homeland Security Nicholas Dausi, as well as a number of top officials from Malawi’s presidency and foreign ministry received the aid.

Cyclone Idai battered the southern part of Malawi in late March, killing 60 people and displacing around 20,000 others.

Idai killed more than 1,000 people across Mozambique, Zimbabwe, and Malawi.

US launches first airstrikes against ‘IS’ in Libya

Mr. Trump is a toy soldier