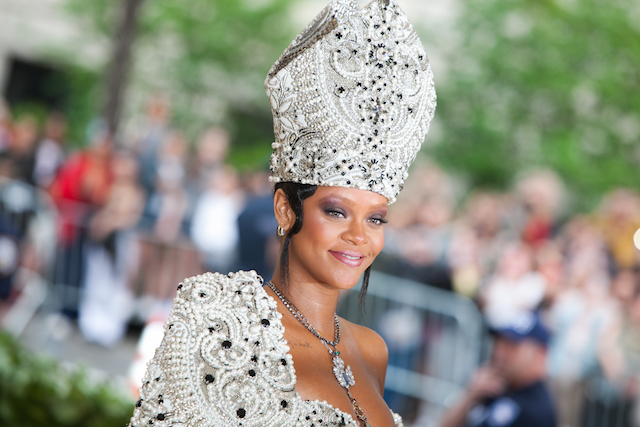 More than a decade after her first big hit, Rihanna has surpassed her umbrella days with a long list of awards, record-breaking achievements, and a globally-successful makeup line. Nevertheless, the 31-year-old singer and actress still has a few milestones in mind.

On Friday, LVMH Moët Hennessy Louis Vuitton, the world’s largest luxury group, officially confirmed their upcoming venture with the star. A fashion line by Rihanna is expected to be the conglomerate’s newest offering. Meanwhile, the first products are set to see the light of day in few weeks.

This seemingly simple announcement entails a handful of firsts for the company as well as the fashion industry. Rihanna will become the first woman to create an original brand at LVMH, the first woman of colour at the top of an LVMH Maison, and her line will be the first new house created by the group since Christian Lacroix in 1987.

While many pop and street stars have managed to start their own clothing lines, Rihanna is taking unprecedented steps in the world of luxury, putting her name on the same level as Dior, Givench, and Fendi. Meanwhile, this announcement reflects the group’s firm belief that someone like Rihanna currently has the same influence and recognition as coveted fashion designers. Therefore, the luxury industry might have good chances at exploring new aesthetics rather than just reinventing well-known names.

Named Fenty, the Paris-based brand will offer a range of ready-to-wear, accessories, and footwear. According to the group’s statement, it is centred on Rihanna, developed by her, and takes shape with her vision.