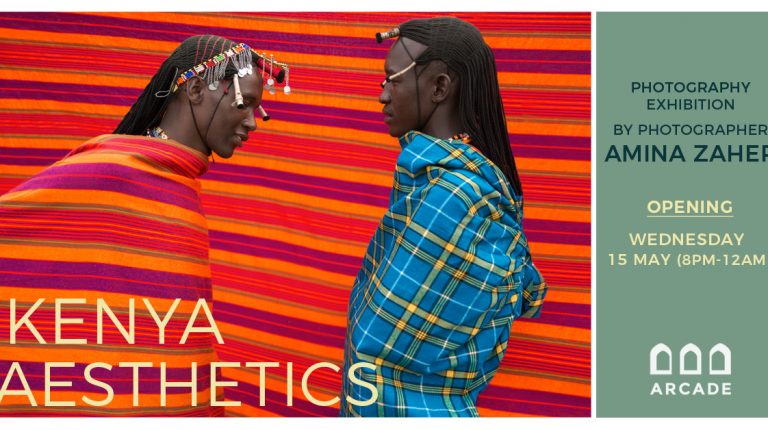 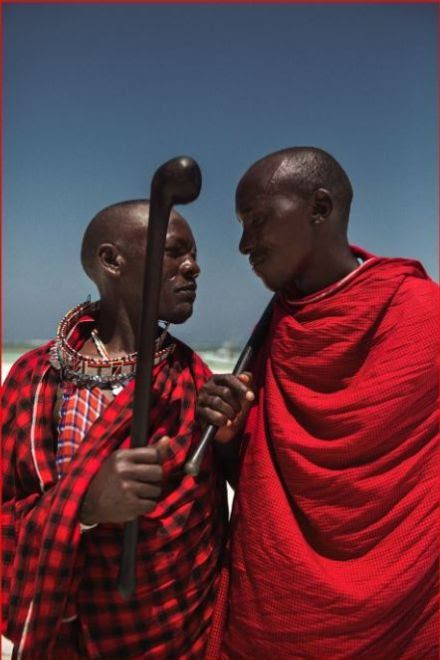 In what was planned to be a normal family tourist visit to Kenya, young photographer Amina Zaher could not help but twist it due to her passion, and view the life of Maasai tribe as one giant fashion show. The appealing, vibrant in colour outfits, were the famous designs which have been worn for thousands of years, yet are still trendy, and every passing person in Zaher’s eyes was a model awaiting to be internationally spotlighted, with the timeworn alleys of the ancient village being the runway through which swaying models took grabbed her heart. The photographs of Zaher’s 10-day visit brought her to her very first art exhibition, “Kenya Aesthetics.”

At Maadi’s Arcade Art Gallery, Zaher captured peoples’ hearts with her photographs in which she featured the large number of the Maasai people. Specialised in fashion photography, Zaher presented the life of the village in a creative way, through a number of art-directed photographs featuring the people in an authentic form without it being a “staged fashion photography or a candid documentary photography.” It was a passion-driven output, which reflected the “mutual visual, aesthetic, and intimate conversation that I was having with them,” as she described it.

“The moment I laid eyes on the people of the Maasai, I could not believe they were real. Their captivating skin tone, and the layered vibrant clothes, along with the way they mixed these things together–it was like they were out of this world,” Zaher told Daily News Egypt.

Through her project, Zaher aimed to let people explore the Maasai culture through her eyes, as a fashion stylist and art mixer. The 27 captured images brought the tradition of the Nilotic ethnic group inhabiting northern, central, and southern Kenya and northern Tanzania, with their culture which has not changed despite being well-educated and capable of change.

“At first, I saw a number of them walking separately in Kenya, that is when I was moved and made the decision to photograph them. I asked the driver to take me into the village which was the heavenly gate to tremendous hidden treasures,” Zaher explained. 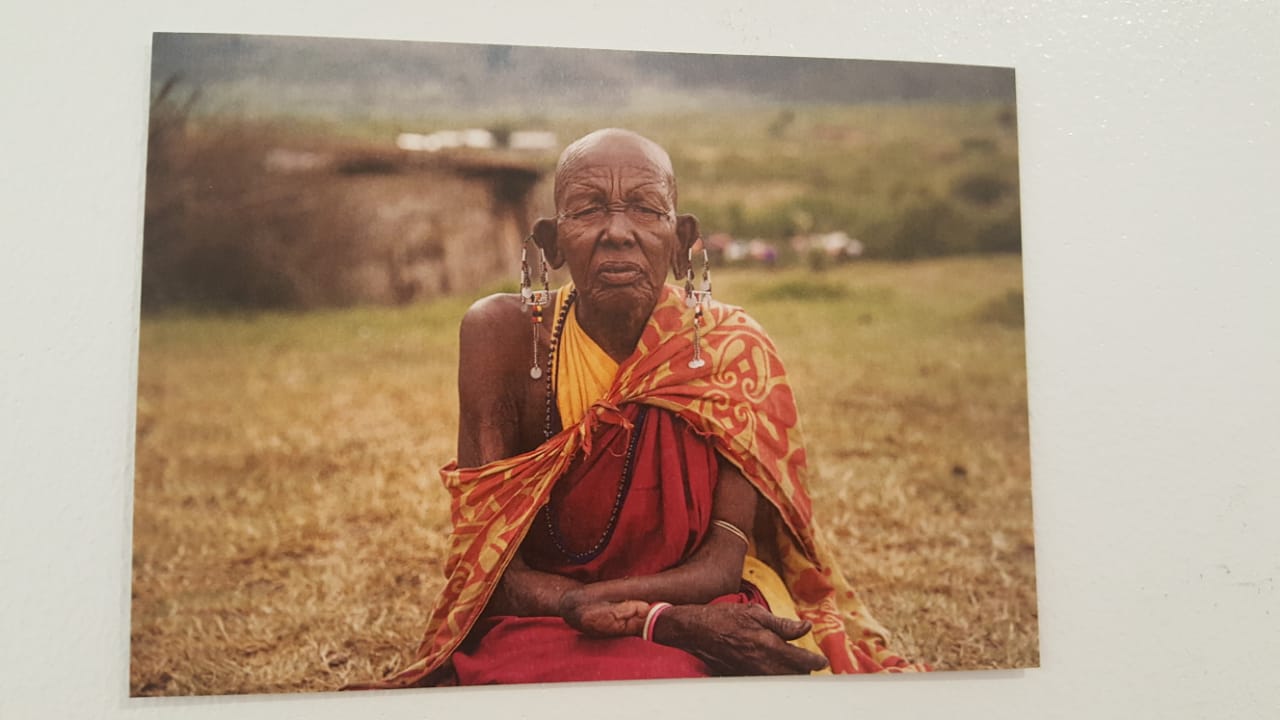 Like thousands of foreign photographers, Zaher was touched by the way the tribe is dressed in Shuka, which is a piece of fabric that can be worn in different styles, their huts which are mainly built of cow dung, marriage rituals that require women to shave their heads, and their lifestyle in which they drink blood. However, Zaher did not only capture random moments, she created that a mini setup to portray the images instead of just spontaneously snap them.

She captured the life of these people in thousands of photographs that were taken in a fashion composition, with fixed backgrounds from the same fabric people wore. She explained the reasons behind taking a photo with a background that is covered with the same fabric the model was wearing as it would grab the attention to peoples’ faces “which is most expressive.”

“I was shocked with the fact that they willingly stick to the inherited tools, not because they are financially forced to, but beautifully because they are willing to; they still live in homes mainly made of cow dung, and wear the outfits their ancestors have been wearing for ages,” she added.

In her photographs, Zaher focused on human features and figures, something which she explained to be normal as the faces of the Maasai people are what attracted her the most, and also because it is a part of her professional photography experience.

“Each one of the people I came across had his/her own character, which is way more important that the way they looked like. Having a unique personality popping out of a photo is the whole target of photography,” Zaher asserted.

The exhibition runs until 30 May.