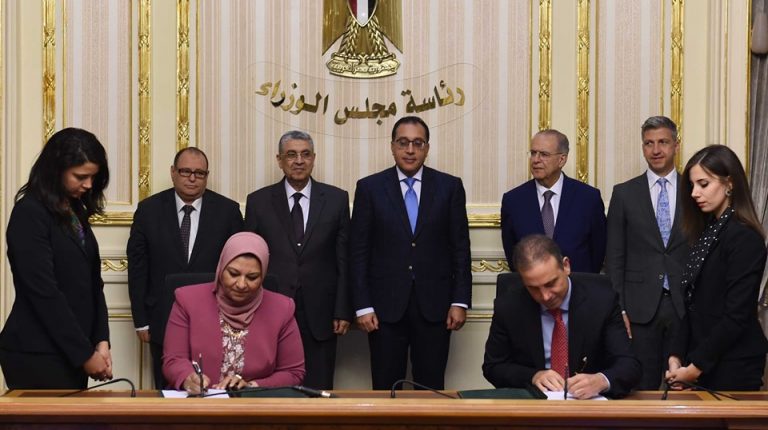 The Egyptian Electricity Transmission Company (EETC) signed an agreement, on Wednesday, with EuroAfrica Interconnector to implement the electricity interconnection project between Egypt, Cyprus, and Greece.

Sabah Mashaly, the EETC chairperson, said that the framework agreement includes activating the project after reviewing its technical studies in coordination with the Cyprus officials. He revealed that the technical issue of the location of the landing point and the electrical cables were resolved.

She explained that the project is part of Egypt’s strategic plan to achieve economic development and energy security, and helps to link Egypt to the European electricity network.

She added that the implementation of the interconnection project strengthens the partnership between Egypt and Cyprus as well as realising their advantages, especially after taking into account the recent developments in the energy sector and as expectations of increasing the demand for electricity production according to development requirements.

Furthermore, Mashaly said that there is coordination with Saudi officials to implement the interconnection project between the two countries with a capacity of 3GW, where studies for the new lines are being completed and is expected to conclude in December.

With regard to the electrical connection with Sudan, she explained that all the works and lines of the project have been completed, and the current phase is supposed to be the experimental operation, but it was postponed because of the unstable political situation in Khartoum.

Egypt is electrically connected with the neighbouring countries in the east and west, Jordan and Libya. A feasibility study is being prepared to increase the capacity of the electric connection line with Jordan to reach 2GW, instead of 450MW through linking on high-voltage direct current system.