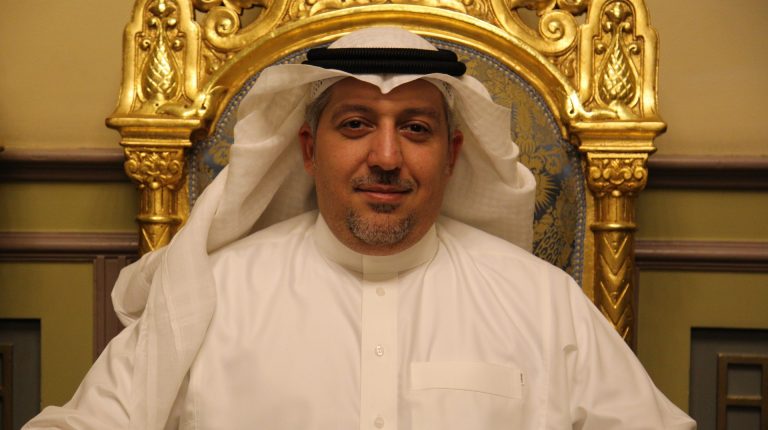 The Dubai-based Fanzir, a sports social network platform focused on football, plans to launch three investment projects in Egypt in the coming period.

Fanzir held several meetings with the management of the Egyptian Football Association (EFA) to create an application for the Egyptian Premier League, Ahmed Aljishi, director of public relations and board member of the company, told Daily News Egypt.

He added that ads would be allowed in the application, with their proceeds shared by the EFA, the premier league clubs, and Fanzir. The clubs’ shares will vary depending on their popularity.

An option will be added in the app where users can choose their preferred clubs, and thus establish a database of the clubs’ fans, that can be considered as an official count of each club’s fans.

Aljishi pointed out that the EFA has welcomed the idea, and the joint meeting was fruitful, noting that the company is willing to open a headquarters in Cairo to implement this project.

He revealed that his company also plans to launch a website for sports tourism in cooperation with the Kooora website of the Kuwaiti investor Khaled Al Dosari and Nayef Jaber, the official partner of Barcelona SC to sell football match tickets in all stadiums across the world.

Aljishi pointed out that the new project in Egypt depends on the return of spectators to stadiums and the organisation of stadium seats electronically as in Europe, but the website will focus mainly on European clubs aside from Barcelona, as there are preliminary agreements with AC Milan, Inter Milan, and Juventus in Italy, and there are negotiations with Atletico Madrid in Spain. The project’s total investments are worth $1.5m.

Aljishi added that the company’s plans in Egypt also includes to implement SportCafe projects, which are currently being studied and will be launched in cooperation with the ministry of youth and sports. “We will meet with the Minister of Youth and Sports, Ashraf Sobhy, soon to discuss the project and the possible locations for the project. Each branch will cost up to EGP 75m,” he added.

He said that Egypt is a breeding ground for sports investment. The ministry of youth and sports works on attracting investors and encourage new ideas, but the problem with Arab investors is always the fear of entering new markets or fields.

Fanzir has just started in Egypt and is still in the discussion phase, so it has not yet faced any challenges, but the company has big ambitions in Egypt and aims to compete with Facebook.

“We do not think about buying an Egyptian club. We may buy a European club like the Saudi Prince Abdullah bin Mousaed who bought Sheffield United for only £1 and pledged to pay its debts and managed to take it to the top-tier of English football, which encourages us to repeat the experience, but investing in Arab clubs is unlikely now,” he said.

The Saudi prince acquired 50% of the club’s shares in return for injecting £10m of investments.

Regarding Pyramids FC in Egypt, Aljishi believes it is impossible for a newly purchased club to make profits in the first season, and it also takes some time to assess the experience, but competing over the league title is a huge success in the first season and securing a third place would also be a major achievement.

He added that calculating a club’s achievements relies on the goals of its owners. Is it a matter of winning titles, gaining profits from selling players, or establishing a trademark?

Aljishi praised the Pyramids FC experience for attracting foreign sponsorship, namely Sela Sport and Saudi Arabian Airlines, which was good for the Egyptian league and opens the door for clubs to follow suit.

Fanzir was founded by three Saudi partners who shared passion for football. There were no specialised sports apps in the Arab world. This was the reason for launching the application. The idea started in 2014 and the app was launched in April 2017. The first version was not satisfactory so it was cancelled and a new version was introduced. Now, the application has 35,000 users, including 10,000 users from Egypt without any promotions or advertisements, through cooperation with social media influencers.

The application includes sections of assessment, anticipation, and tactics. It also allows the user to live the experience of coaching a football team before the game, and participate in the post-match analysis studio to assess the players after the game, and at the end of the season gives a full assessment of what each player provided.

Aljishi said that the cost of the project so far is about $1m and has not turned revenues so far. The company has a special thinking in this point, as it wants to increase the value of the brand through developing the project and not just make profits. The company is currently in negotiations with the Saudi Arabian Football Federation and the UAE Football Association.