When we speak about plastic waste the first image to mind may be images of beach rubbish and large plastic pieces floating on the surface of the sea, but many recent concerns about plastic pollution have focused on micro-plastic particles which cannot be easily detected by the naked eye.

The term pollution of micro-plastic waste was first coined in 2004 in a study published in the Science journal. The term has since been used to describe pollution from plastic parts in the marine environment, which is usually smaller than 5 millimetres (mm).

The Mediterranean Sea, where Egypt is one of the countries with a 1,050 km coast on it, is one of the most marine environments affected by pollution caused by micro-plastic wastes. The Mediterranean is almost a lake. It has only one narrow outlet in its west, the Strait of Gibraltar, which links it to the Atlantic Ocean.

A new study recently published in Marine Pollution Bulletin warns of the increase of micro-plastic pollutants in the Mediterranean, especially in front of Egyptian coasts, which threatens the marine environment in the region.

The study, prepared by Soha Shabaka, assistant professor of hydrobiology at the National Institute of Oceanography and Fisheries, Rasha Marey, the researcher of hydrobiology at the institute, and Mohamed Ghobashi, assistant professor of polymer chemistry at the Nuclear Materials Authority, is the first assessment of micro-plastic waste in Egypt’s marine environment, applying it to the eastern port area of ​​Alexandria on the Mediterranean coast.

“Ten types of plastic polymers have been extracted in sizes ranging from less than 5 mm to 20 microns (a micrometre [μm] equal to one millionth of a metre) of the water column and marine sediments in the eastern port of Alexandria,” said Soha Shabaka, assistant professor at the National Institute of Oceanography and Fisheries, and first author of the study.

The researcher told Daily News Egypt, that the quantities which were detected from plastic pollution can pose a threat to the marine environment and fish that deal with these wastes, and then interfere with the biological processes of the organism. “The source of polymers are sacks, plastic bottles, and decomposing food packaging materials” Shabaka stated.

Mohamed Ghobashi, assistant professor of polymer chemistry at the Nuclear Materials Authority and co-author of the study, told DNE that plastic waste which was observed from the surface of the water is a type of plastic with buoyant characteristics such as polyethylene and polypropylene, so it is used in the making of fishing nets after it was previously manufactured from nylon.

Ghobashi added that the micro-plastic particles of polyethylene terephthalate, polychlorobiphenyl, and polystyrene, which sink into the deep water and are eaten by fish and other marine animals, end up in our daily dishes. 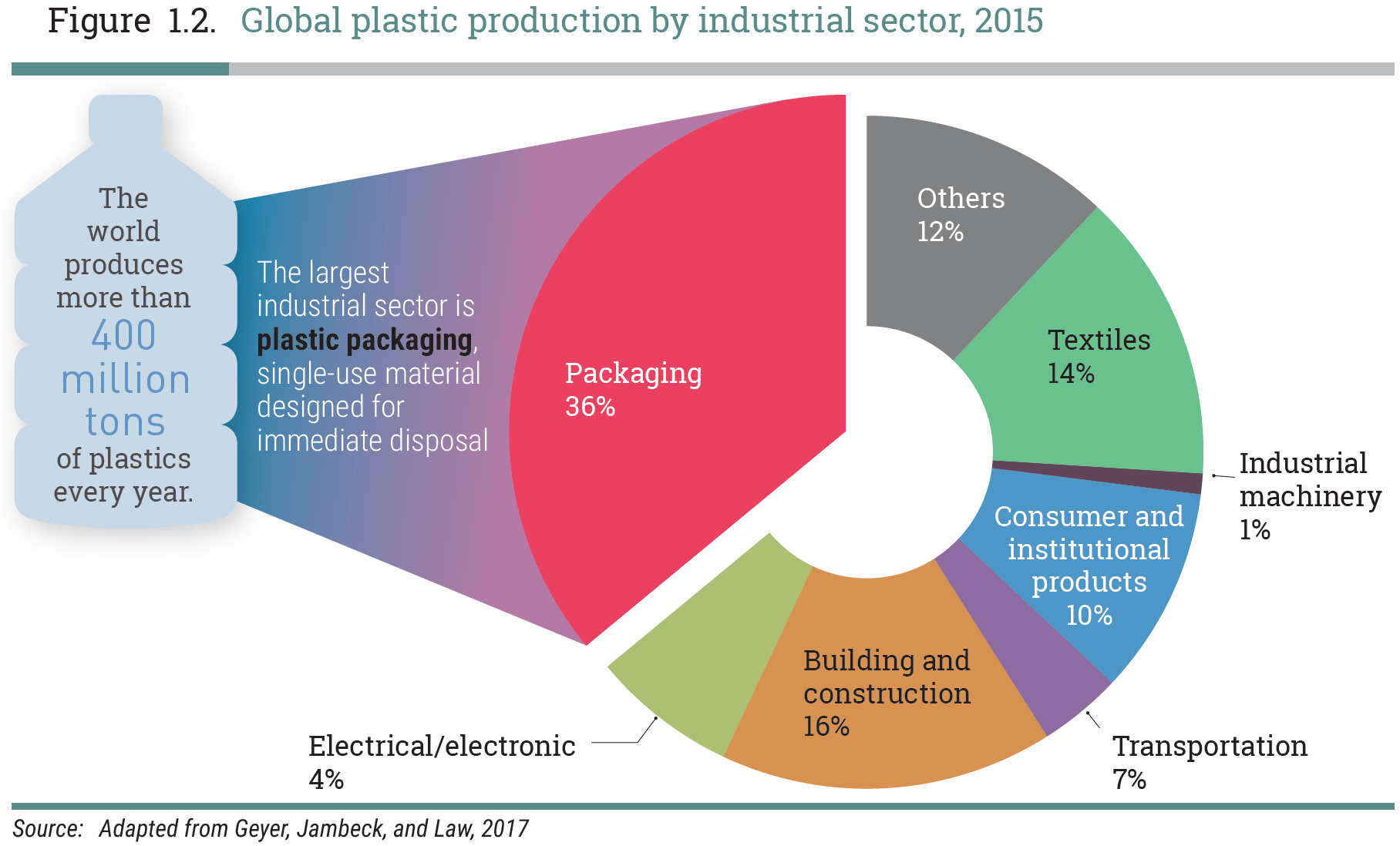 Field work began in December 2017. The researchers collected samples from eight stations covering the eastern port and sediment samples from the Anfushi beach. In the study, the researchers used the differential scanning calorimetry device whose work is based on monitoring thermal properties of polymers, causes of chemical interactions, or physical changes.

According to the study, “random” disposal of plastic waste represents the biggest challenge facing waste management systems. Plastic has the ability to infiltrate coastal ecosystems and contaminate the food chain. Plastic waste poses significant threats because of its resistance to light, thermal, and biological processes. Once disposed of on the ground, plastic waste makes its way into water bodies.

Micro-plastic waste poses a serious threat to the marine environment, as it is one of the most abundant elements in the seas and oceans today, because large plastics eventually decompose into millions of fine plastic pieces that make them accessible to a wide range of organisms.

A study published in September 2018 in the Biology Letters journal found that mosquito larvae eat fine plastic particles which can remain trapped in their bodies, meaning that mosquitos and other similar insects can spread plastic particles to wild predators such as birds or spiders, subsequently plastic waste is transferred to a completely new element in the food chain.

Speaking to DNE, Rana Al-Jaibachi, a researcher at the School of Biological Sciences, the University of Reading, the UK, said that she found the paper to be a very interesting piece of work, particularly the fact that the study’s researchers were able to identify and quantify the most abundant polymers in the marine environment, and cover new areas which have never been previously examined.

“Also the novel method which was used in this study could be adopted in the future to examine more samples especially as it is time and cost effective, although most research is still limited to identifying and quantifying microplastics less than 20 μm in size, which could be more available in the environment and could be more harmful to aquatic organisms. In our recent study we found small microplastics size 2 μm can transfer through the life stages of mosquitoes more than the bigger size of 15 μm,” she said.

Al-Jaibachi noted that the transfer and accumulation of microplastics through the food chain is an increasing concern of how this waste may affect human health. This represents a major emerging issue since human populations have a high dependency on aquatic organisms, according to the researcher. 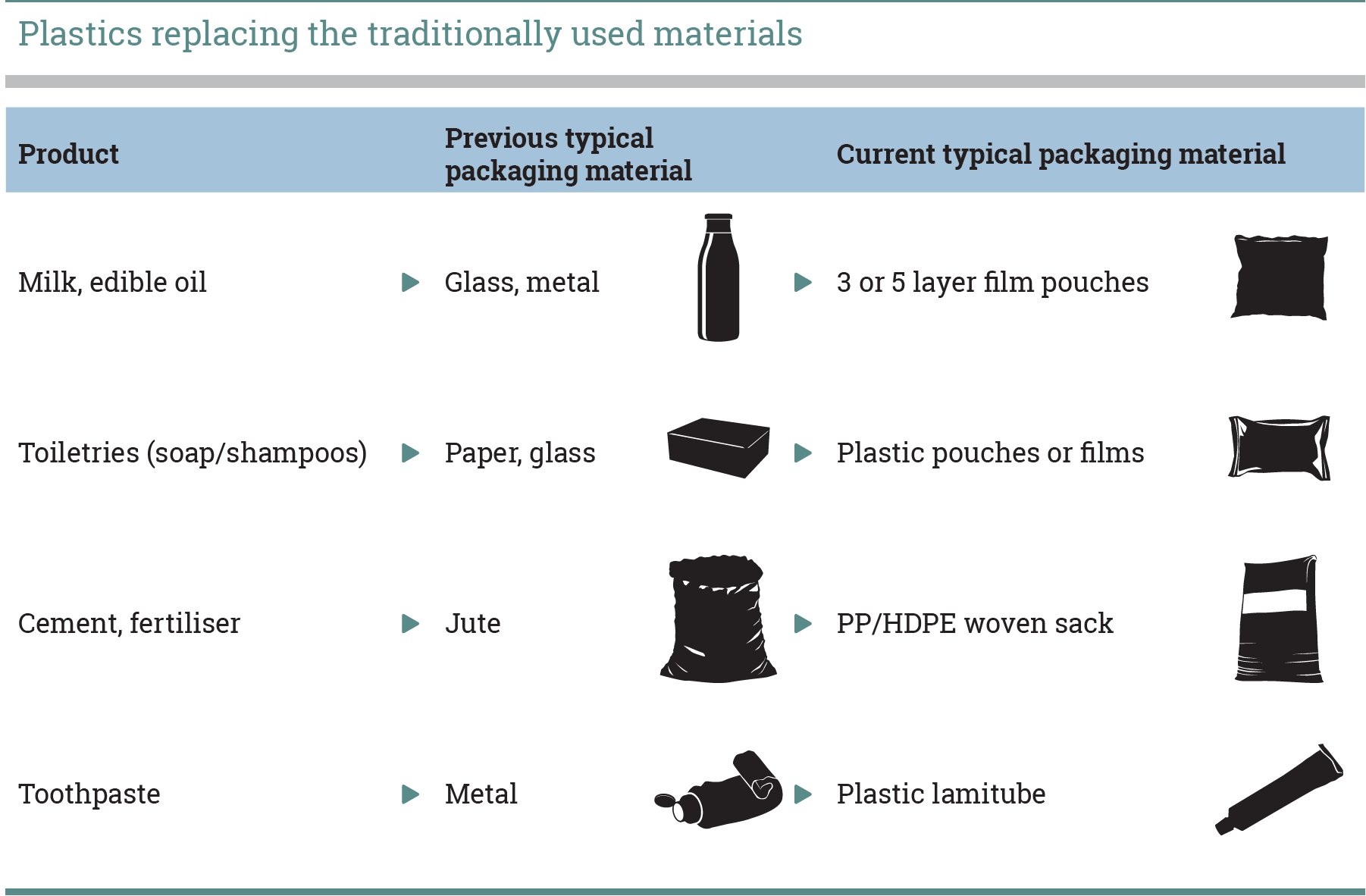 She added that “the near future is likely to see new policies and management tools being developed to attempt to combat the issue, and it is important that these are informed by a good quality research.”

In Egypt, more than 80% of municipal solid waste is discharged into water bodies. This improper management has led to significant negative environmental impacts and severe health problems. According to the study, the amount of marine plastic waste in Egypt ranges from 0.15 to 0.39m tonnes per year. Egypt ranked seventh among 192 countries in terms of volume of marine plastic waste.

Kakani Katija- a researcher at the Monterey Bay Aquarium Research Institute, the United States-told DNE that “this work provides a necessary baseline for marine plastic pollution in Egypt. To my knowledge, this is the first study of its kind in this region, and can provide information to motivate solid waste management measures in Egypt.”

She added that the work conducted in the study was at a single location in the eastern harbour of Alexandria. Further efforts to characterise the extent of plastic pollution in other locations in Egypt can help us understand how widespread the issue is there.

“Microplastic pollution is characterised by plastic fragments and particles less than a couple of mms in size. Due to their size, they are easy for many marine animals to ingest, thereby enabling plastics to enter marine food webs more easily. Results have shown that some marine animals prefer eating plastic to regular food, and with more studies linking toxicity to plastics, their presence in marine food webs (and in the fish we eat) can be harmful to us,” Katija clarified. 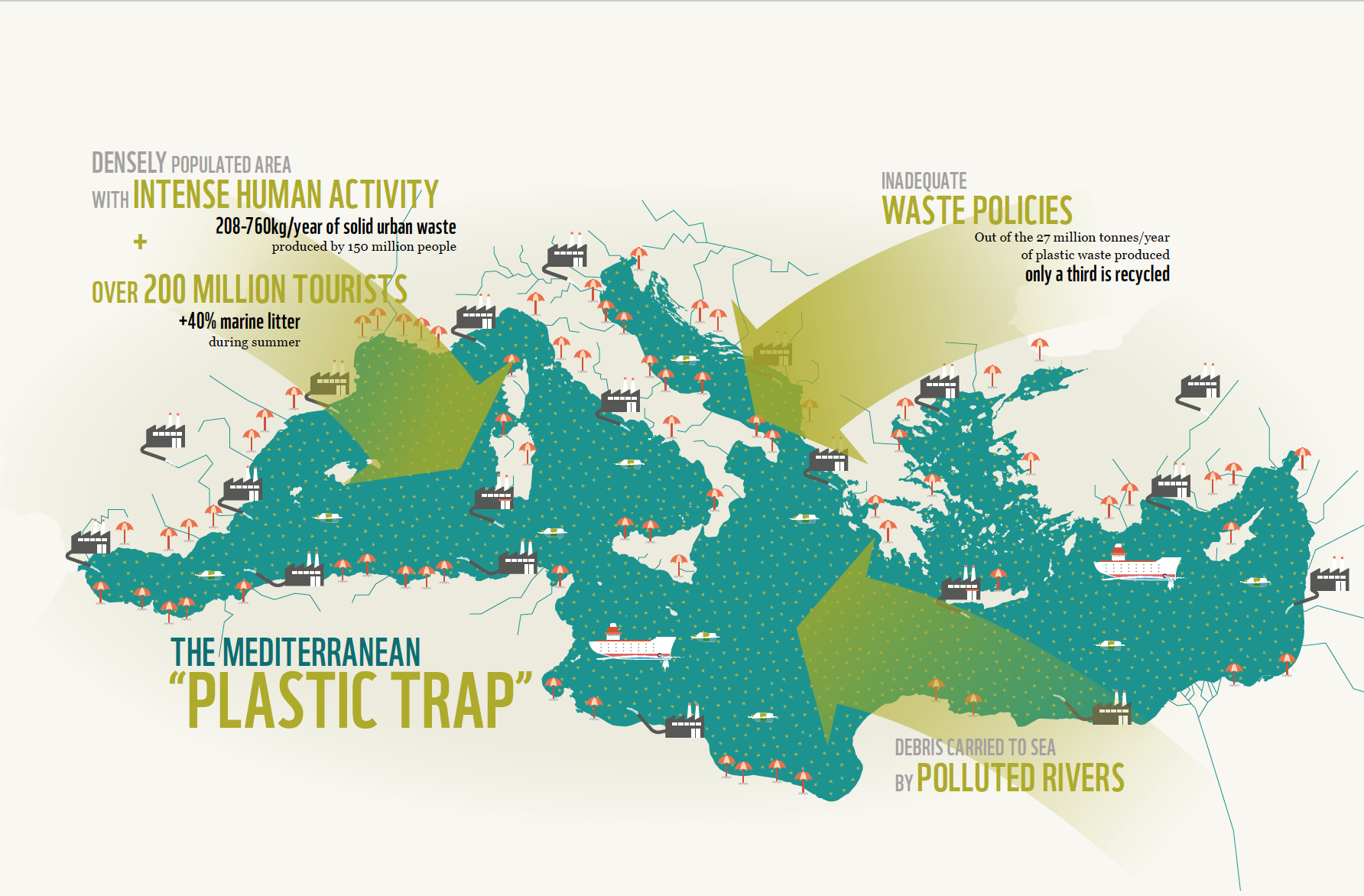 Ghobashi, co-author of the study, explained that plastic contamination was found to be widespread on a large geographical scale because of marine currents. In order to limit plastic waste, the researcher proposes to recycle this waste, in addition to advising and forcing fishermen to use nets made of cotton, linen, and silk, and to prevent the use of detergents for microplastics.

The first author in the study, Shabaka noted that the study is the first of its kind that is done on the marine environment of Egypt. Shabaka believes that the solution to the pollution of plastic waste is the recycling of solid waste, especially plastic, and finding an effective way to manage solid waste in Egypt.

The researcher believes that there should be awareness campaigns not to throw waste into the sea, whether from beach users or fishing boats, and to carry out comprehensive cleaning campaigns, whether to clean the beaches or to collect the large solid waste in the sea water by nets, as suggested in the recommendations of the United Nations Environment Programme.

But she also noted that “there is no radical solution for the disposal of the present minute plastic waste in the sea, but reducing its build-up and rising from the source is the best procedure.”