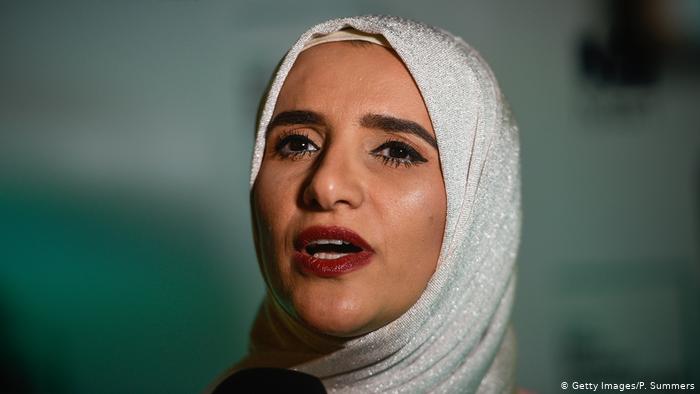 Female Omani author Jokha Alharthi won the 2019 Man Booker International Prize for her novel “Celestial Bodies,” the award jury announced on Tuesday. The work tells the coming-of-age story of three sisters in an Omani village and was originally published in Arabic.

Jury head Bettany Hughes described the novel as “a book to win over the head and the heart in equal measure” at a ceremony in London.

Hughes added that the author’s style is marked by “subtly resisting cliches of race, slavery and gender.”

The prestigious Man Booker International Prize focuses on writers outside English-language areas. It serves as a counterpart to the Man Booker Prize for English-language novels. The 50,000 pounds financial award is to be split between Alharthi and her translator Marilyn Booth.

Alharthi is the first female writer from Oman to have her work translated into English. Her latest success also makes her the first Arabic author to claim the Man Booker International Prize.

“Celestial Bodies” also delves into the subject of slavery in Oman, which was only outlawed in 1970.

“It’s a sensitive subject and kind of a taboo,” Alharthi said in an onstage interview, adding that, “But I think literature is the best platform to discuss sensitive issues. And slavery is not exclusive to Oman – it’s part of human history.”

“I am thrilled that a window has been opened to the rich Arabic culture,” she later told reporters.

The 40-year-old professor had studied Arabic poetry and Classical Arabic Literature in Edinburgh before returning to Oman to teach at Sultan Qaboos University in Muscat. Her works include three other novels, two children books, and several collections of short stories.