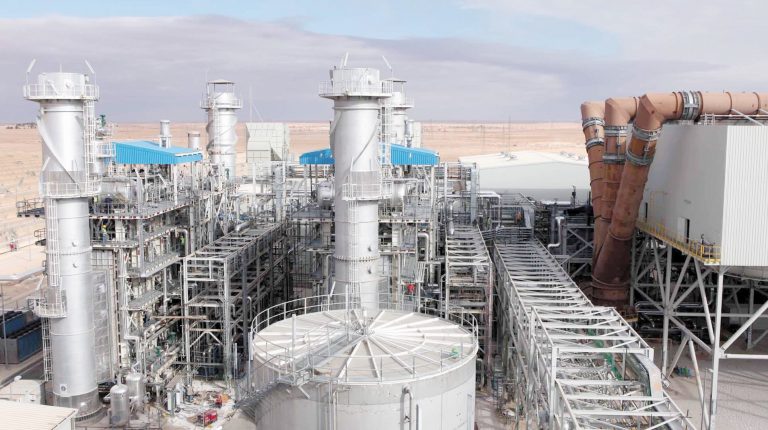 The Egyptian government sector accounted for 54% of the increase in loans, after its debts reached EGP 570.5bn against EGP 296bn in December 2016, following its expansion in financing national projects.

Furthermore, the government has sought to provide a number of external funding sources from countries such as China, Japan, and Russia to implement national projects such as the Third Metro Line, the Dabaa nuclear reactor, or international financing institutions such as the European Bank for Reconstruction and Development, and the European Investment Bank.

President Sisi recently acknowledged China’s offer of a soft loan to Egypt with a total value of no more than ¥4.604bn (around $674,000) to implement the 10th of Ramadan railway.

The largest loan transactions in the banking sector during the past years are the share of various government agencies in the sectors of real estate, electricity, oil, and transport–sectors which witnessed the recent implementation of the largest government projects.

Head of Corporate Finance and Corporate Banking at Attijariwafa Bank-Egypt, Tamer Ragheb, said that the growth in the corporate loan portfolio last year was the result of the expansion of co-financing of major projects, noting that the bank was keen to participate in the financing of large projects both for private and public sectors.

He added that the bank is currently studying the financing of a power plant in foreign currency and the food sector has taken great interest, pointing out that the bank’s loan portfolio is diversified between construction, petrochemicals, food, and a number of other sectors.

Banks participated in the financing of the social housing project, a huge project to eliminate the housing gap suffered by Egypt for decades, in addition to the World Bank, which loaned $500m and is being negotiated with to finance another similar loan.

The banking sector plays a key role in the success of the project because it is financially designed in a manner which is based on the mortgage finance provided by the banking system. In addition, financing is supported by the Central Bank of Egypt. About EGP 22.5bn has been financed in this way.

At the beginning of the project, four banks offered loans of EGP 20bn to the government, namely the National Bank of Egypt (NBE), Banque Misr, Banque du Caire, and the Housing and Development Bank (HDB). The NBE acted as the guarantor of the coverage and the finance agent, and Banque Misr also served as the guarantor of coverage, while Banque du Caire and the HDB were equally guarantors of coverage.

This funding is used to pay the contractor and supplier dues of the social housing project, which leads to the acceleration of the implementation of the project on the specified dates.

Chairperson of the Commercial International Bank (CIB), Hisham Ezz Al-Arab, said in the annual report that the institutional sector has contributed toward 78% of the growth in the loans portfolio last year, where loans to corporates reached EGP 95.6bn.

The financial statements of the CIB revealed its contribution to joint loans to government entities with a value of EGP 23.1bn, and direct loans worth EGP 5bn, along with EGP 1.2bn in debt of current accounts.

Ezz Al-Arab added that the bank had a large share in the ranking of public sector debt and national projects during 2018, having arranged joint loans worth EGP 69bn.

Chairperson of the Suez Canal Bank, Hussein Refaey, said corporate loans had risen to 24.5% with the support of syndicated loans that the bank introduced last year, which exceeded EGP 5bn at the end of the year, supported by loans to national projects, specifically to the electricity sector, noting that the loans to the government sector alone accounted for EGP 3.57bn.