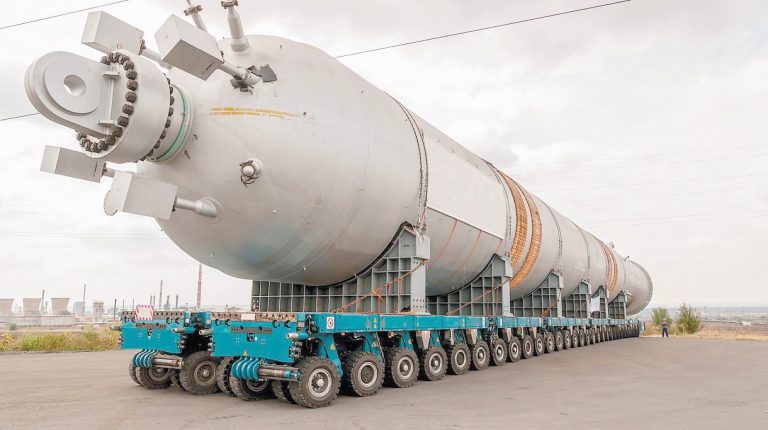 TCI Maritime Services will participate in the Breakbulk exhibition, to be held in May, which attracts the largest number of customers, in order to conclude deals with companies operating in the same sector, which reaches 60% of the company’s transactions and business.

Commercial Director of TCI, Mahmoud Gamal, said that the company aims to cooperate with energy companies and ship owners crossing the Suez Canal during its participation in the exhibition, and aims to launch a branch in China due to the increasing volume of joint projects between the two countries.

Gamal pointed out that the company has carried out the logistics services of the Hamrawein power plant, which is implemented by a Chinese alliance including the Dongfang and Shanghai Electric companies, who are working on the construction of the first station to generate clean coal electricity in the area of Hamrawein, with a production capacity up to 6,000MW. The final contracts with Egypt are expected to be signed by the middle of this year, and the executive works for the project will be completed within six years, with investments estimated at $4.4bn.

In an interview with Al-Borsa newspaper, the company’s commercial director explained that its expansion plan includes the import of four new conveyor belts and cranes for use in dry bulk products at an investment cost of EGP 70-80m. TCI also seeks to horizontally expand its operations in ports. It is using 40,000 sqm of open areas in Safaga and 12,000 sqm of closed spaces, in addition to 35,000 sqm of open areas in Adabiya.

TCI plans to provide storage services on the Suez Canal axis, which represents great opportunities for Egyptian companies, but needs state-driven publicity and marketing to attract more investors. The pace of work has been declining in 2018 and 2019 as a result of competition with other countries, notably Greece, which provides facilities to attract ships to their ports.

Gamal added that the company has been working on a few special projects such as the implementation of logistics services and the loading and unloading of dry-casting products in cement manufacturers in Beni Suef and Al-Arish. The volume of their supplies is estimated at 30,000 tonnes after a decline in the volume of major infrastructure projects during the past two years.

TCI has contributed in some projects for the benefit of many government agencies in the New Administrative Capital and others, through the provision of freight and unloading services and logistics for the site land and the transfer of heavy equipment, in addition to obtaining long-term annual contracts with Chinese companies to carry out the loading and unloading, as well as transporting furnaces from China and Europe to the site of two power plants west of Cairo, elaborated Gamal.

The company will also participate in the development of the railway as a subcontractor. The project is scheduled to be presented next year, which includes the purchase of 1,300 buses at a cost of EGP 21bn in addition to 100 locomotives. Gamal highlighted that the ministry of transport is going to initiate joint investments with the Egyptian and foreign private sector in relation to the railway, metro, and land port projects.

The Commercial Director of TCI expected that the ships trade in the Sokhna port will significantly increase after announcing the start of construction works in the petrochemical complex in Sokhna, whose results will be reflected on the port of Adabiya, with a decrease in the movement of trade and ships. The company is seeking to obtain works in the complex.

Furthermore, there are some legislations and decisions which negatively affect investors, including resolutions 488 and 800 and the subsequent increase in fees for some services, and the results are reflected in the slow pace of work and the exit of some shipping lines, stressed Gamal.

TCI’s Commercial Director referred to the suffering of the transport sector from the difference in road fees prices and the ensuing decrease in the volume of work due to the absence of a specific tariff to calculate the transport cost, which, in some instances exceeds EGP 150,000 in cases of goods transport.

He expected shipping and unloading prices to increase by 15-25% after fuel prices are raised, which would be reflected in the placidity of the business volume, referring to the company’s study of the expected increase in fuel and electricity prices–but so far TCI did not anticipate the final cost.