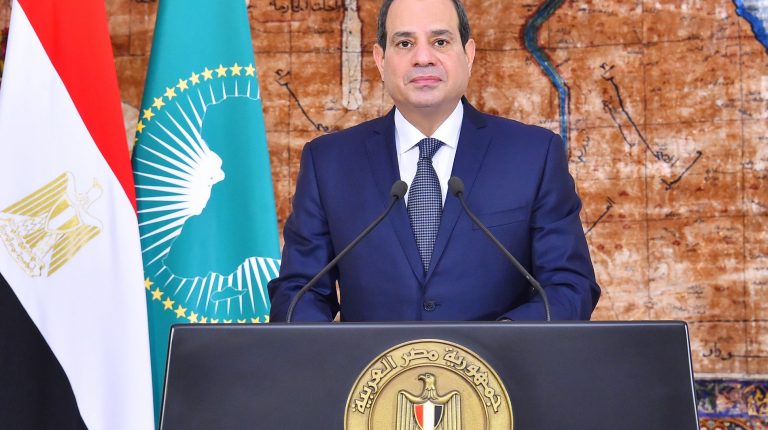 President Abdel Fattah Al-Sisi stressed on Saturday, the necessity of keeping the unity of the African countries in order to make the dream of the founding fathers of the Organisation of African Unity (OAU) come true, and achieve stability and prosperity.

In his speech commemorating Africa Day on 25 May, Al-Sisi said: “On this day, 56 years ago, the founding fathers of the OAU instilled the seeds of African unity and cooperation, laid the foundation for economic integration and continental integration, and built bridges of Africa’s transition toward stability, progress, and prosperity.”

He added that we are reaping today the fruits of the efforts of the founding fathers of the OAU and the successive generations of African generations.

“Our dear continent is steadily moving toward sustainable development through the implementation of our ambitious 2063 agenda for development,” Al-Sisi said, adding that the effectiveness of our joint efforts are increasing in finding solutions to conflicts and problems that the continent has suffered from for decades and has prevented the achievement of the dreams of Africa’s peoples.

Al-Sisi stressed achieving the joint goals of the African people, as it is important to benefit from the capabilities of the private sector as well as government efforts, in order to encourage Africans to start their continental projects to develop the infrastructure in Africa.

Developing the infrastructure would participate in continuing the regional and economic integration and linking the African markets, as well as activating the free trade agreement between African countries. The agreement will be launched in July in the upcoming African Union (AU) summit in Niger.

The president added also that it is important to invest in our human wealth and qualifying the African youth to cope with the latest technologies, and supporting African women. He said that Africa is opening its arms for international partners and organisations, as well as the private sector.

Africa Day, formerly African Liberation Day, is the annual commemoration of the foundation of the Organisation of African Unity (OAU) on 25 May 1963, the precursor to the African Union (AU) established in 2002.