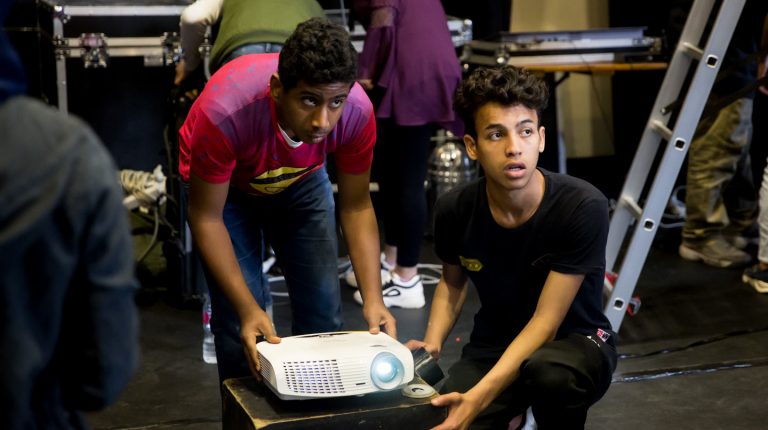 With the aim of supporting young under-privileged youth and providing them a window of professional training up to the community’s requirement, Studio Emad El Din has launched the Backstage programme with the Tawasol foundation at Ezbet Khairallah, one of the biggest informal housing areas in Cairo.

The Backstage programme is not the primary phase of the training series, as Studio Emad El Din has already designed high-quality training programmes such as the 2BContinued Lab and Festival which has allowed many backstage theatre trainees in professionally establishing themselves within the industry, according to a press release.

The 11-year partnership between the Studio Emad El Din and Tawasol, comes under the vision of the studio to “offer access to diverse young artists from different segments.”

Ezbet Khairallah is among the informal settlements where citizens lack access to primary services such as water, sewage, and electricity.

“The young trainees are well-integrated during their second phase of training through participating in the Downtown Contemporary Arts Festival (D-CAF), thanks to their motivation, being very attentive, interested, and eager to learn, said El Ibiary.