The customs and traditions of world countries vary, and each country has its own unique customs, which become part of the culture of the people and creates their own characteristics. We will be shedding light on some of the African customs in Ramadan It’s composed of 45% Muslims with 250 tribes living in it. Muslims and non-Muslims gather for iftar together. In Cameroon, mosques are opened, and community centres and churches welcome Muslims at tftar time.

The month of Ramadan is similar there to many Arab countries as everyone awaits viewing the crescent, knowing the first day of fasting, and performing Taraweeh prayers in mosques.

There is usually a characteristic of the Cameroonian people, which is the opening of the doors of houses throughout the holy month, in preparation for receiving any fasting person at the time of the Azan (call to prayer) before reaching home. They enter and have iftar with the people of the house, which consists mostly of soups, meat, chicken, grills, fruits, friend banana, and French bread.

Dates are a basic dish on the Ramadan table, even though Cameroonians prefer to eat meat.

Some of the Cameroonian young people have copied the tradition of a Mesaharati from other countries so they wake people up using drums at the time of suhoor (dawn meal), especially since the custom of Mesaharati is nearing extinction.

One of the most important traditions of the people of Cameroon is exchanging gifts between spouses and engaged couples, and when the announcement of the start of Ramadan is declared, children come out with drums to let people know it is the start of the holy month.

Children in Cameroon celebrate the month of fasting in the middle of it, not at the beginning, by wearing traditional clothes, strolling around houses collecting sweets and cash, and then cheering for the announcement of Laylat al-Qadr (Esteemed Night), as well as launching fireworks to celebrate Ramadan in front of Sultan Square. 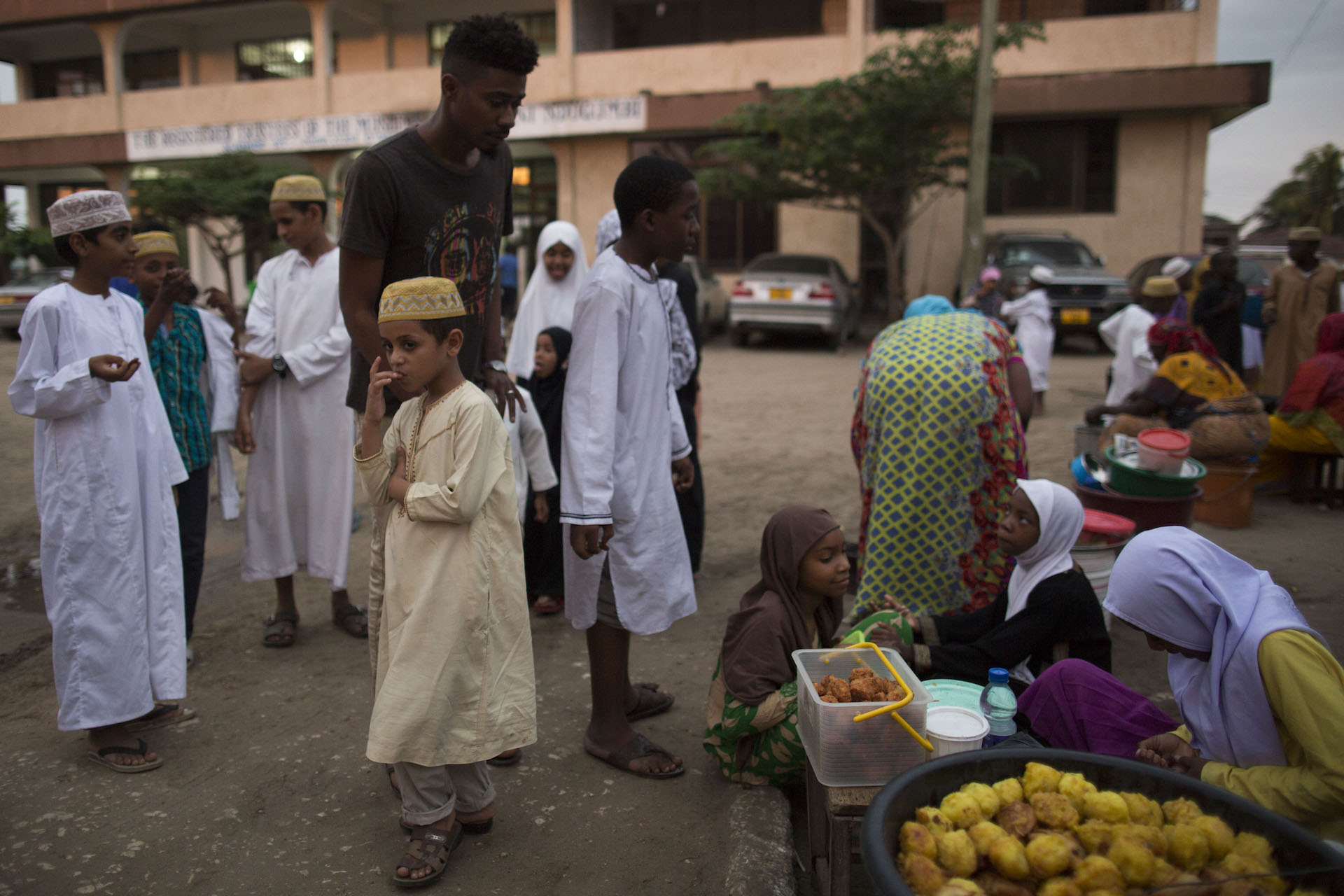 Muslims there prepare to receive the month of Ramadan two weeks or three weeks before it arrives, as various dishes and appetisers are prepared, especially red sauce paste, consisting of hot red peppers, in addition to special types of spices and called in the local language “Aldalkh,” and distributed to neighbours.

During the nights of Ramadan, there are sessions called “Samra,” including sessions for women and girls only.

Eritreans have a post-breakfast rite, where tea and coffee, which are roasted and grilled with ginger and cardamom, are placed in a special jar called “Gabna” made of pottery. A special table is prepared with cups, sugar and a bukhoor incense which are a main tradition. Next to it, Hambasha – a bread made of flour, sugar, yeast and margarine – is served. Families gather around the table and have their coffee and tea on three different stages. The first is called “the Cup”, the second called “Baraka” (blessings) and the third is called “Khadr”. In the Capital, Muslims bring food to mosques every Friday and Monday and festivals are held in the last 10 days of Ramadan. 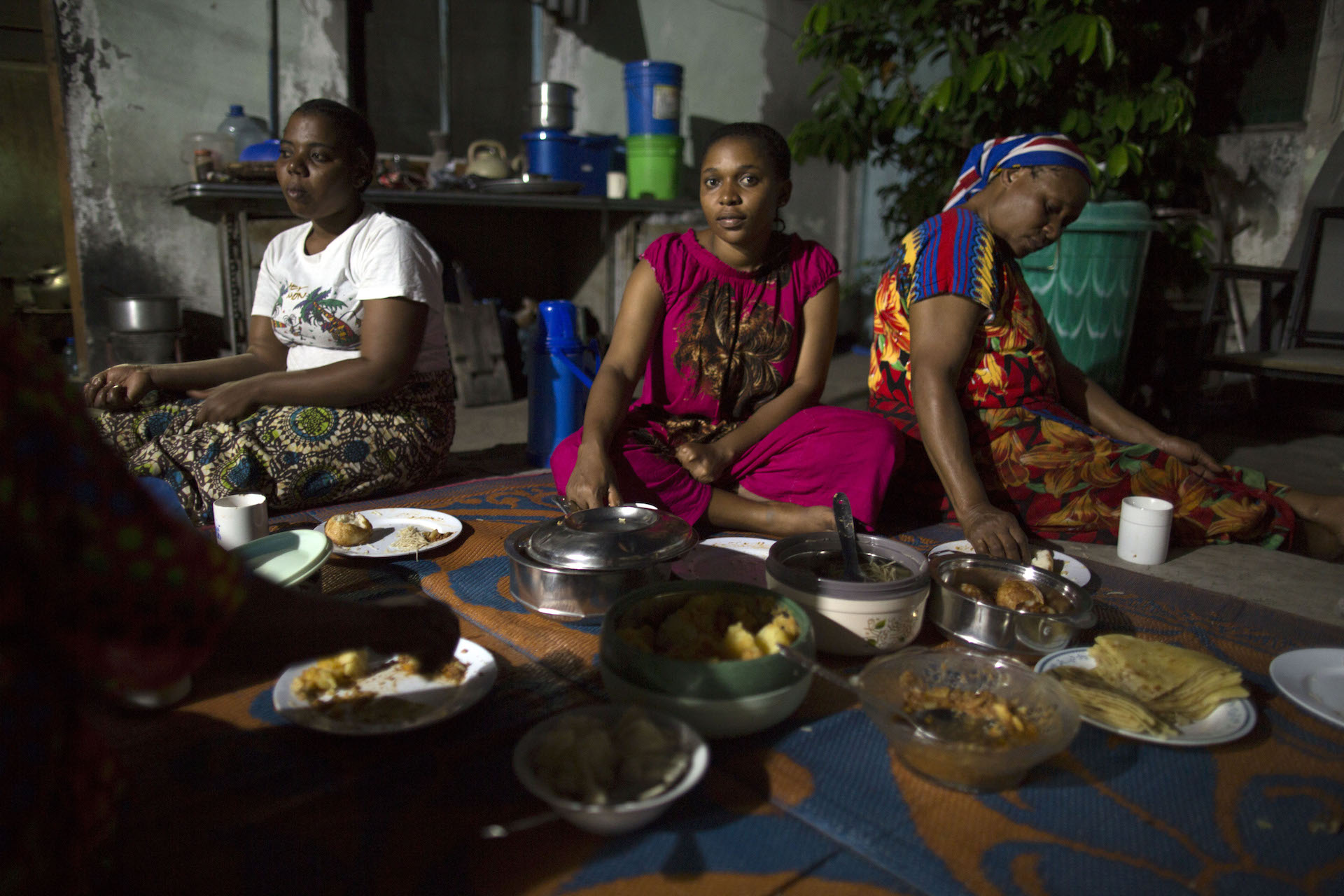 Tanzania is an African country with a Muslim population of 30-40%, and there are no official figures because the Tanzanian government prohibits population statistics from a religious perspective.

Muslims there live in freedom of belief and practice religious rituals and have their own customs and traditions.

Tanzanians are very interested in fasting dutring Ramadan. The age at which fasting starts is 12. Restaurants owned by Tanzanian Muslims are closed during the day.

Before the Azan (call to prayer) of Maghrib (sunset), some mosques announce the time of iftar by beating some drums and then people head to their homes.

Ramadan meals in Tanzania include dates with which they start their breakfast with alongside with sweetened water, and coconut-flavoured rice with vegetables and fish. As for drinks you will find tea with vanilla and tropical fruit juices. 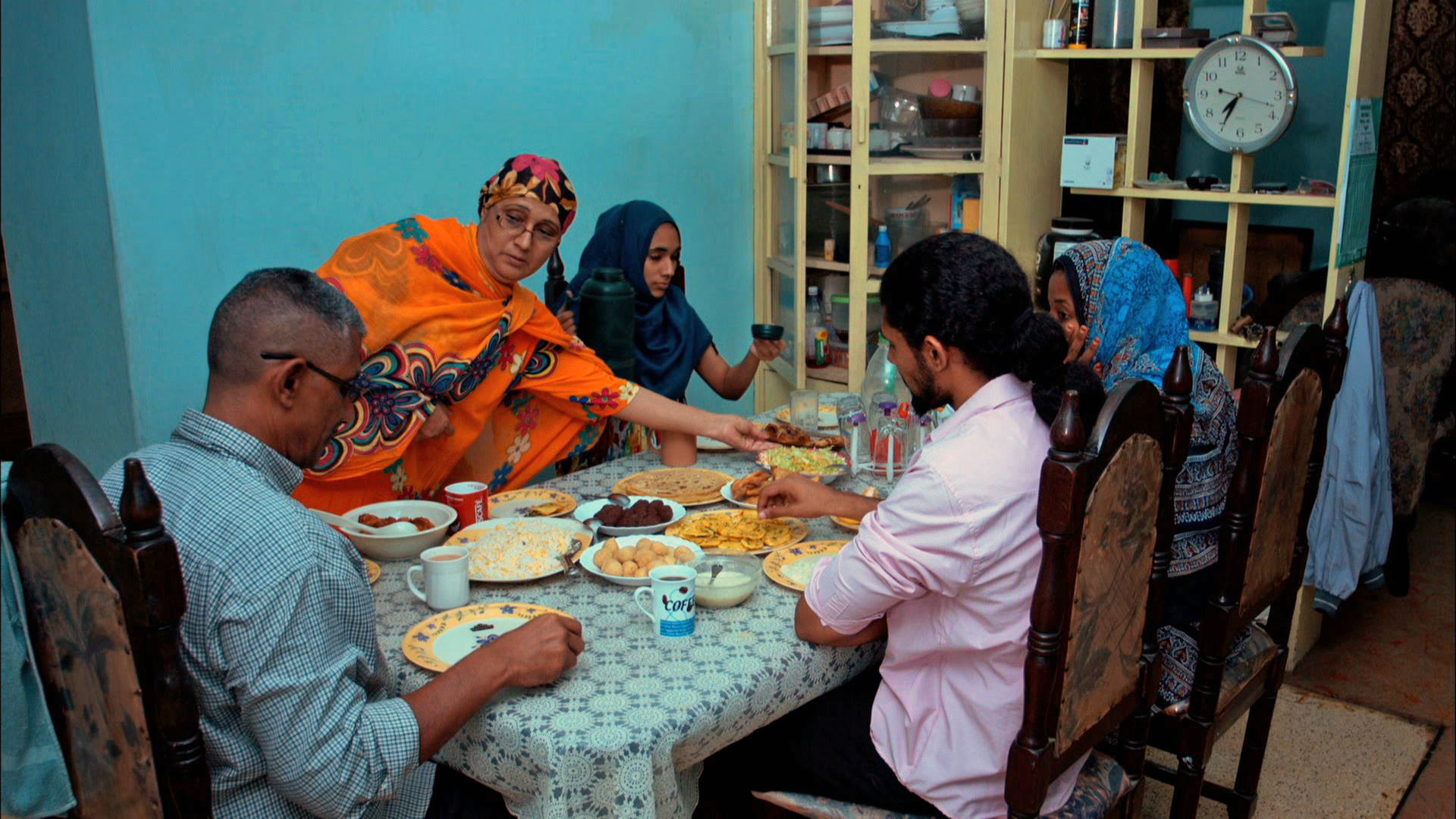 Djibouti is an Islamic state located in the Horn of Africa, and most of its inhabitants are Arabs such as Omanis, Yemenis, and African tribes.

The most important custom there includes married women only wearing the so-called “shield”, which is the country’s traditional costume which country women wear on feast and holiday nights. The men wear the “Makawy” which resemble the Indian sari. Men wear it around their waists.

A strange Ramadan habit there is that the people of Djibouti stop eating fish throughout the month of Ramadan, as it causes thirst during fasting.

Near the end of Ramadan, specifically on the 27th day, people go out from mosques chanting goodbye to Ramadan.

Muslims who break their fast usually eat Sambousa, Hatees, Tharid, and lamb meat. As for sweets, Djibouti is famous for Mukhbaza. They also drink tea with cinnamon sticks.

When the start of Ramadan is announced, cities with a Muslim majority are decorated with coloured fabrics and the occasion is celebrated in a festive atmosphere. Muslims walk around exchanging congratulations and beating drums.

Also, before suhoor, they beat drums to wake fasting Muslims up and sing Islamic songs which urge everyone to fast. Sometimes they would gather in mosques for a group iftar and everyone would share food together.

In Kenya, people have sweet foods to overcome thirst. They eat traditional foods like cooked rice with coconut, and it is usually served with fish or chicken. Sokoma are served as appetisers. They are cooked cabbage with tomatoes and onions. Usually, these meals are served with Kenyan tea, and before Fajr (dawn) everyone gathers in mosques bringing tropical fruit and water bottles to prepare for fasting the next day.