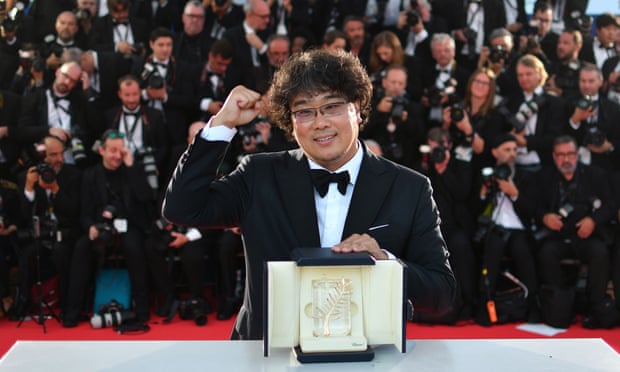 The tragicomic film explores the growing gap between rich and poor by telling the story of two families at opposite ends of the economic spectrum in South Korea.

“The film is laugh-out-loud funny, an astute blend of humanity and absurdity, thrilling until its final depraved moments, a pristinely-shot modern architectural feast for the eyes, a razor-sharp socioeconomic critique, and a cryptic operatic drama,” wrote filmmaking news site Film School Rejects in a review.

For many critics, the choice for the top prize among the 21 contenders was especially difficult at the world’s most influential international film festival.

Some believed Sciamma would win it, making her only the second female to do so in the prize’s history. Others thought Spanish heavyweight Pedro Almodovar would pick it up with his most personal film to date, ‘Dolor y gloria.’

Bong is best known for his dramatic films ‘Snowpiercer’ and ‘Okja.’

An icon of American independent cinema, Jim Jarmusch, opened the festival on May 14. With his new film, ‘The Dead Don’t Die,’ the director presented a not-so-serious zombie movie that targets Donald Trump’s America. Bill Murray and Adam Driver play an offbeat cop team, dealing with lots of bloody undead. Tilda Swinton and Danny Glover, as well as music veterans Iggy Pop and Tom Waits, are also in the satirical horror flick. With so many big names, it was a busy premiere on the red carpet, but critics complained about the film’s lack of direction. 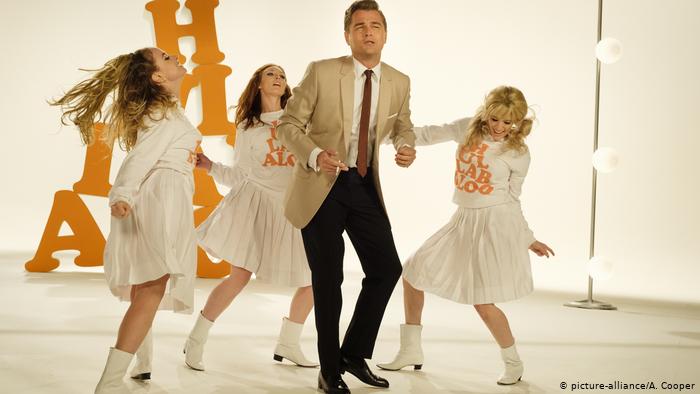 Only a few days before the beginning of the festival, the organisers were excited to announce the long-awaited film by star director Quentin Tarantino. His new movie, ‘Once Upon a Time in Hollywood,’ was finished in the nick of time — allowing his return to Cannes 25 years after Pulp Fiction won the Palme d’Or. Leonardo DiCaprio (pictured above in a still from the film), Brad Pitt, and Margot Robbie star in the drama set in the late 1960s as the hippie movement and Manson Family nightmare gripped Hollywood.

Tarantino’s 10th film, said to be his final one, was the hottest red-carpet event of the festival. The movie itself mostly obtained positive reviews, but it’s also a divisive work: for instance, the German judge on the reputed Screen Daily jury didn’t feel it was worth a single star.

Along with Jarmusch and Tarantino, 19 more filmmakers are competing for the top Golden Palm prize awarded on Saturday, May 25.

Among these were star filmmakers like Spain’s master director, Almodovar, who presented a new melodrama, Pain and Glory (‘Dolor y gloria’). Starring perennial collaborators Penelope Cruz and Antonio Banderas, the work is seen as one of the filmmaker’s best in years and ranks high among the competition’s frontrunners.

‘Young Ahmed,’ a film by Belgian brothers and two-time Palme d’Or winners, Jean-Pierre and Luc Dardenne, is a timely portrait of the radicalisation of a young Muslim teen, but the film failed to completely convince critics.

From Great Britain, veteran Ken Loach — another one of the nine filmmakers who have won the Palme d’Or twice to date — returned to the festival with his latest working-class drama, ‘Sorry We Missed You.’

The United States was represented by Terrence Malick, who won Cannes’ top award in 2011 with ‘The Tree of Life.’ His much-praised ‘A Hidden Life’ is based on the true story of an Austrian man who chose to resist the Nazis. 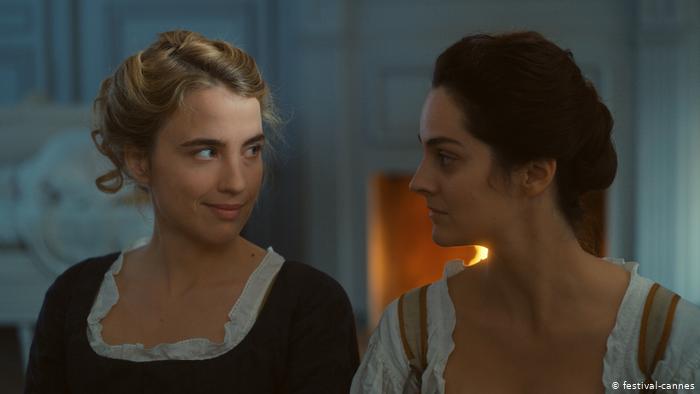 French director Abdellatif Kechiche (‘Blue is the Warmest Color’) screened his sequel to ‘Mektoub My Love’ on Thursday. But it’s a lesser-known director from that country who reaped the most buzz during the festival: Celine Sciamma’s enigmatic drama ‘Portrait of a Lady on Fire’ is among the top Palm d’Or contenders.

South Korea’s preeminent auteur Bong Joon-ho’s creepy ‘Parasite’ is also among the top contenders, the film having received a standing ovation that was almost as long as the one given to Tarantino’s film.

Mexican director Alejandro Gonzalez Inarritu was the head of a prominent jury this year, with fellow judges including actresses Elle Fanning (US) and Maimouna N’Diaye (Burkina Faso), as well as a host of directing celebrities: Alice Rohrwacher (Italy), Enki Bilal and Robin Campillo from France, Kelly Reichardt (US) and Greek director Yorgos Lanthimos.

Cannes, too, has special series where all new developments in the world of film are put on display — even those which aren’t competing for the main awards.

The most talked-about world premiere was the sequin-loaded Elton John biopic, ‘Rocketman.’

A new film by Claude Lelouch, ‘Les plus belles annees d’une vie,’ with legendary actors Anouk Aimee and Jean-Louis Trintignant, was also screened at the festival.

Last but not least, films by prominent directors such as Bruno Dumont and Christophe Honore were shown in the secondary section called Un Certain Regard.

Each year, the honorary award of the festival goes to a worthy actor or actress with years of success behind them. This year, it went to iconic French actor Alain Delon. Born in 1935, the actor has worked in cinema since the late 1950s, having appeared in over 80 films. Considered one of the greatest actors of European cinema, his biggest successes include films like ‘Purple Noon,’ ‘Le Samourai’ and ‘The Leopard.’

However, the award attracted controversy this year, with the “Women and Hollywood” group saying that honouring a man who has admitted to hitting women “sucks.”

In recent years, the festival has become a pioneer in the fight against the rise of the Netflix streaming model for films.

In contrast to the festivals in Berlin and Venice, Cannes does not show any productions in the competition which do not run in theatres. Cannes sees this as a statement of solidarity with cinemas, which means new films by star directors like Martin Scorsese or Steven Soderbergh have not been invited to participate.

This year, the competition line-up only featured four films by female directors. “In the Men’s Club of Cannes, this could be described as progress,” mocked the German newspaper Süddeutsche Zeitung. Indeed, there have been even fewer female directors in recent Cannes competitions. Apart from Austrian Jessica Hausner, three French directors, Mati Diop, Celine Sciamma, and Justine Triet, were selected in this year’s race for the Palm d’Or.

Closing the festival is a film by successful directing duo Olivier Nakache and Eric Toledano, ‘Hors Normes’ (The Specials), screened out of competition on Saturday. It is likely to be met with great interest.

Telling the story of an autistic youth, the comedy features acting greats such as Vincent Cassel and Reda Kateb, and plenty of fresh talent. The directors’ biggest hit was ‘Untouchable’ in 2011, while their lively wedding film ‘C’est la Vie!’ was released two years ago.

The winners of this 72nd Festival appeared before the press at the end of the Closing Ceremony to express their joy in having been awarded the prizes. A brief overview of the best moments.

Bong Joon-Ho, winner of the Palme d’or for ‘Gisaengchung’ (Parasite):

At a press conference, I said that I was drawing in this film on a form of humour specific to South Korea. I was sure that not all spectators would understand, but I’m happy to see I was wrong. That’s because this film is about a family story. I mix genres, it’s my style, and that’s why I’m even happier to win this award. My influences for this film are Hitchcock, Chabrol, but also Im Sang-soo, who directed ‘Hanyo’ (The Housemaid). I don’t think I’m the only Korean director with the ability to win such an award. I would like to be able to organise retrospectives to shine a spotlight on Korean cinema.

Mati Diop, winner of the Grand Prix with ‘Atlantique’ (Atlantics):

I was overwhelmed by the situation. Seeing all the world’s cinema greats in front of you and receiving this award is something else. This film goes way back. I’ve been carrying it within me for a long time. The subject is ambitious, it talks about a situation that seemed important to me and I wanted to talk about it. I was very surprised by the way it aroused people’s emotions. I could feel how it affected them. It’s a relief, a great opportunity. The shooting was very connected to reality, to the streets of Dakar. Unconsciously, I wanted to keep the documentary spirit of this film.

I’m very happy and proud. It’s been an incredible adventure. We had been trying to edit this film for ten years. It was not easy to get funding. We had to fight for this and that’s why we’re happy. We have been “yellow jackets” in the suburbs for 20 years, claiming our rights and being subjected to police violence. The causes are the same, our struggle is the same.

Emily Beecham, winner of the Best Actress award for her role in ‘Little Joe,’ by Jessica Hausner:

I had no idea what was going to happen when I walked up the stairs tonight. And then I was overwhelmed with emotions because it’s my first prize. What I had to do for this role was challenging. As an actress, I had to be as open as possible. There’s something blocked in the character I played. We were very precise in the choreography of the shooting. We kept to a certain rhythm with the camera.

Antonio Banderas, winner of the Best Actor award for his role in ‘Dolor y gloria’ (Pain and Glory) by Pedro Almodóvar:

It’s an incredibly unique thing for me. I’ve been nominated for almost all the awards except the Oscars, but I never got to go up on stage. My cardiologist must have been stressed out sitting in front of his screen! Almodóvar? He is my mentor, I respect him a great deal. I wish he was here today. I thank him for these forty years of career and the eight films we made together.

It’s slowly beginning to dawn on us that this film, which has been in the making for ten years, has received an award. It is a real honour. Especially since in Brazil, culture is managed by sad white men. We will continue to keep in direct touch with Brazilian reality. We are pleased that the film has been recognised as a genre film. Cinema in Brazil will be subject to severe budget cuts. This award comes at an important time when Brazilian cinema is being destroyed from the inside.

César Diaz, winner of the Caméra d’Or with ‘Nuestras Madres’ (Our Mothers):

Given the subject of the film, I needed to film while holding back. It was difficult because I was coming to the end of a process. We had a historical responsibility around this subject so we took great care over it. We had to create space for the spectator’s emotions.

We never won this award before. We’ve dreamed about it. Directing is at the heart of the work we do. Cinema films life, the quivering of things, the little things that move and the movements of the body. We owe a great deal to our actor Idir Ben Addi. He has an innate sense of rhythm and rhythm is very important when it comes to directing. He had a lot of fun on the set. We shot an arrow, and Idir was that arrow, that we so obstinately tried to film. An actor is always a third, fourth, fifth director. Directing is about finding out how to live the inside of a character.

Samo Holding to expand to 10 production lines by 2020