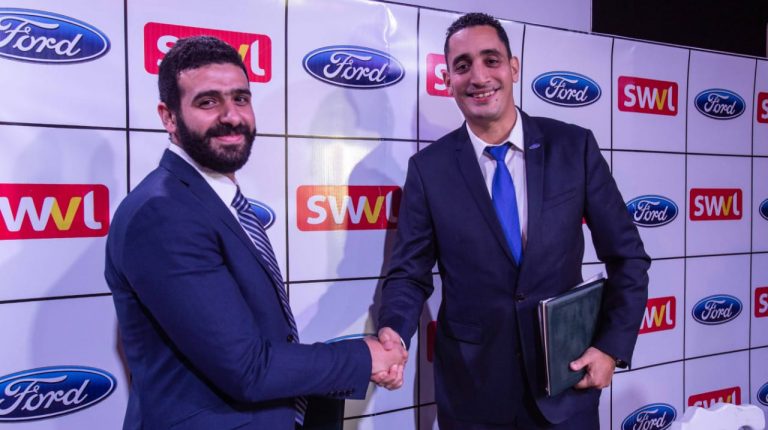 The Egyptian bus booking startup Swvl has announced the signing of a strategic partnership agreement with Ford under which Ford Transit will become the preferred small bus for all Swvl lines, both companies announced on Sunday.

The Memorandum of Understanding (MoU) focuses on cooperation in providing safe, convenient, and reliable transport solutions for passengers travelling between major Egyptian cities.

During the press conference, both companies explained that the partnership will combine the features of Ford Transit, the world’s best-selling truck brand, and a mobile-based public transport system that provides passengers travelling between major cities in Egypt with safe, comfortable, reliable, and affordable travel away from existing transport services.

Furthermore, Swvl has entered into a partnership agreement with Nasser Social Bank and EFG Hermes to provide competitive interest rate loans to operators who want to add Ford Transit buses to their fleets.

“We are pleased to announce the arrival of Ford Transit buses to Egypt for the first time through this partnership with Swivel,” said Ford Managing Director North Africa, Achraf El Boustani.

“Swvl was created to help improve people’s lives by disrupting the way commuters travel in Egypt with a smart solution that helps ease the commute. We’re proud of the results we’ve achieved in such a short period of time, and the work that Ford has put in to help elevate the levels of service we offer our customers “said Moustafa Kandil, co-founder, and CEO Swvl.

Swvl, which is based in Cairo, offers an app-based mass transit system which enables riders heading in the same direction to share fixed-route bus trips for a flat fare with no surge pricing. The service is up to 70% cheaper than competing on-demand ride-hailing. Swvl was founded in 2017.

Ford has worked with its local distributor, Auto Jameel, with Suez and the Egyptian government to provide the best transport buses to join the bus service upon request.

Swvl owners will not only receive funding through Nasser Social Bank and EFG Hermes, but will also have access to a range of after-sales services through Auto Jameel’s outlet network and trained Ford technicians.

The Ford Transit comes in 15 and 18-seat configurations, and according to the statement it is already being used by different mobile operators across the globe, including GoRide, an on-demand transportation service in Michigan that meets non-emergency medical needs for individuals.

On the other hand, Strategy Manager, Ford Middle East and Africa, Jonathan Schmitt, said that the partnership will provide a basic, efficient, and affordable service for passengers in Cairo and Alexandria, and a tremendous opportunity for operators and owners alike.

“We’re confident that Swvl operators here will soon learn just why thousands of people around the world rely on the Ford Transit to get the job done,” Schmitt concluded.

Service cost bore by Captains increased, so it was necessary to move quickly: Kato