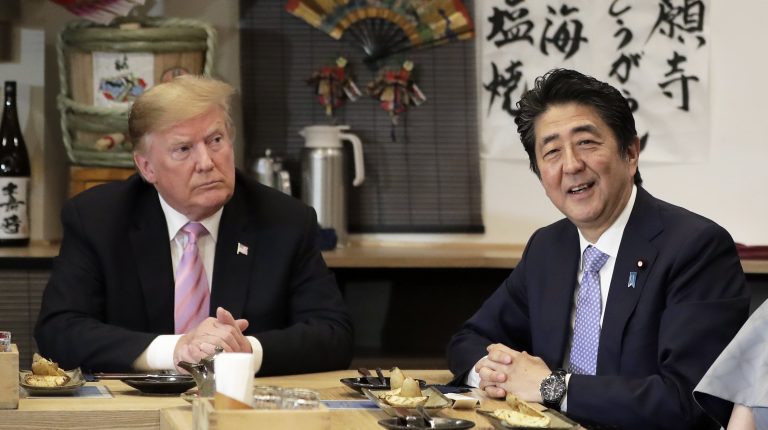 Speaking during an official visit to Japan, US President Donald Trump said on Monday that the US is not seeking a regime change in Iran, and that he can envision the US making a new deal with Tehran one day to contain its nuclear programme.

Tension between the two nations has significantly increased in recent weeks. Earlier, the US announced the deployment of 1,500 additional troops to the Middle East to counter “credible threats” from Iran in a move denounced by Tehran on Saturday as “a threat to international peace.”

During a joint news conference with Japanese Prime Minister Shinzo Abe in Tokyo, Trump did not exclude the possibility of negotiations with Iran, The Times of Israel reported.

“I do believe that Iran would like to talk, and if they’d like to talk, we’d like also to talk,” Trump said. “I know that the prime minister and Japan have a very good relationship with Iran so we’ll see what happens,” he said during a meeting with Abe in Tokyo.

Trump — who is in Japan with his wife, first lady Melania Trump, for a four-day state visit — is the first world leader to meet Naruhito since his enthronement.

Trump also said that he “had a good feeling that a nuclear standoff with North Korea, which is located across the Sea of Japan from Tokyo, will be resolved.”

“I may be right; I may be wrong. But I feel that we’ve come a long way. There’s been no rocket testing, there’s been no nuclear testing.” Trump also said he is not bothered by short-range missile tests North Korea conducted earlier this month.